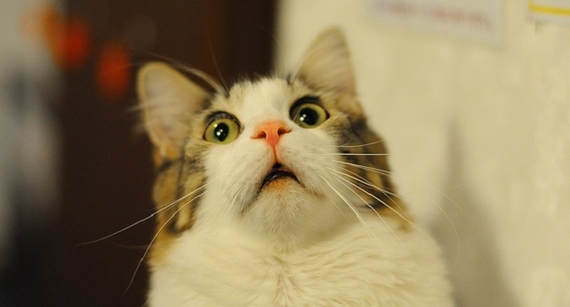 Everyone at one point in their life has dreamt of fame. We've all had fantasies about red carpets, winning awards, and being on the cover of magazines. As the digital age has made way, a new kind of fame is being sought after more than any drug on the street: Internet Fame. When I got my first write up in a major publication, all my friends were the first to share it. "Look at my friend," said the countless posts I had been tagged in. Suddenly, I was the belle of the social media ball. I received so many messages of "Congrats" and "unconditional love and support." I really felt like my friendships were taking a turn for the better. I was wrong. My quality of life was improving, my career was growing, but it felt as if my friends were all of a sudden growing allergic to me. It was so bittersweet, being taken seriously by everyone for the first time in my life, but at the same time being treated like celebrity trash out of nowhere. All of a sudden, within a few months after one single viral post, I was no longer a person worthy of human treatment. People stopped participating actively in my humanity. Don't get me wrong, they commented on my statuses. They liked my posts. However, the phone calls and messages stopped coming in. The "how are you" message became a thing of the past. People stopped coming over or inviting me out to things. 90 percent of my messages started to come from strangers who believed I could help them accomplish their goals or offer them emotional support for some reason. While in some circumstances that may be true, at the end of the day I am still a trans woman who makes less than 10 thousand dollars a year without health insurance, who is honestly struggling to survive and stay healthy. I may write for a fancy blog, and have a lot of fancy New York friends, but that doesn't make me fancy New York. I've enjoyed watching my music and passion finally see the respect it deserves, it has all come at a price. Most famous people will tell you fame comes at a price. Most non-famous people will tell you that they are willing to pay any price for fame. Well I got news for both of them, fame costs two prices.

1. Internet Fame Makes Everyone Who Knows You Treat You Like an Asshole

What little internet fame I have received has mostly resulted in my friends treating me like a neighborhood Arby's. Like, I'm always there for them, but that doesn't' mean our relationships are healthy. Yes, I may be constantly dispensing my Jamocha shakes of wisdom on my news feed, but it does not mean I am a person you can just approach out of nowhere to ask for things. No, I'm not gonna write about your fucking band, Jeff.

"You're that girl from ___________', I am told many places around town. Sure, every now and then it's nice when the dude at Chipotle recognizes you and decides to just wave you by without paying. However, it really sucks when you get tweeted at in a restaurant and you don't know who in there is looking at you. Shit like that has happened to me multiple times, and it's for real. While most of it is innocent, I have also been stalked and put into life threatening situations. When my old YouTube channel caught fire a few years back and blew up, I found myself facing one of the most intense stalkers i've ever dealt with. Being internet famous tells anyone with internet access who you are and what you do. Got that pair of jeans and hoody you like wearing into public? Good luck with that. People will notice you no matter what you wear, and will find time to talk to you, no matter how much diarrhea your dog has that day.

3. It Comes and Goes Quickly

Besides YouTube ad revenue, I have found little to no financial gain from any of my so-called "Internet fame." In fact, I can proudly share that I have $3.84 in my bank account. It's a hell of a lot more than what would have been in it last year. Before I became a writer, I was a touring artist. Working online is a lot like touring, in the sense that you may find yourself in a great deal where you make a lot of money, but more than often you'll find yourself sipping ramen from a coffee cup outside a freezing cold 7-11 in Brooklyn. The point is, the only money to truly be made with internet fame can only mostly happen in advertising, or hair brained ideas, like the guy who made up shipyourenemiesglitter.com and sold it for a quarter of a million. Genius, but do you honestly even remember? What was that, like two whole weeks ago? Oh, that was accidentally a great segue into my next point.

Yes, I've been recognized in public, asked to sign things. I've been asked to cut off pieces of my own hair, hell, even been asked to kiss a fan on camera. Which I did, because fuck it. However, my internet fame has been nothing like what my real famous friends have endured. The people who recognize me are far and few between, and while it still creeps me out to be recognized, it could be far worse if I were Angelina Jolie. Every time that woman buys milk for her baby she gets stalked by paparazzi. When people call me "famous," I just laugh because nothing that insane has ever happened to me, and not nearly that many people have ever given enough of a shit simultaneously to make it happen.

5. When You Have a Platform Everyone Has a Right to Critique You

Before my debut article came out, I saw everyone with platforms as being so lucky. I saw them praised simply for having their opinions, as media often does. However, I did not know quite what they endured for doing so. I posted my first article last year about my experiences as a queer woman, and it opened to a myriad of backlash. Freaked out, I immediately ran to my editor and tugged at his shirt. "Am I doing something wrong? I think I pissed a lot of people off." I was scared that I had trapped myself in the center of some sort of controversy. He laughed, and told me that people are opinionated. Also, he pointed out that when you piss people off, you are also getting them heated; which can inadvertently open up a dialogue. While it was never my intention to make anyone mad, it was my every intention to start a functional conversation about my queerness. It's what has kept me motivated to stay in the land of internet media reciprocity, despite all of the draw backs of internet fame.

All in all, I am grateful for everything that has happened to me. I'm blessed to have a career doing what I love. I'm lucky to be here writing my stories while other trans women die at the hands of transmisogyny. I am lucky for all that I have, but to those who chase the so called "internet fame," I sincerely advise you from my experience to look for something better. Don't pine for short lived attention, because it won't fill the bigger gap for attention over all. Don't beg for the world to turn you into a commodified version of yourself for purchase, because you have to love yourself first before you can put yourself up for sale. Enjoy today. Step outside, smell the roses. Chase your dreams. Talk to the woman you stand next to on the subway everyday but never have the courage to ask out. Tell your mother who vicariously lives through you that you don't want to model anymore. Do what you need to do to free yourself, because if Internet fame is what you seek, emptiness is all you will ever find. Don't seek fame, seek purpose. After all, you're more likely to find that if it's what you seek first.