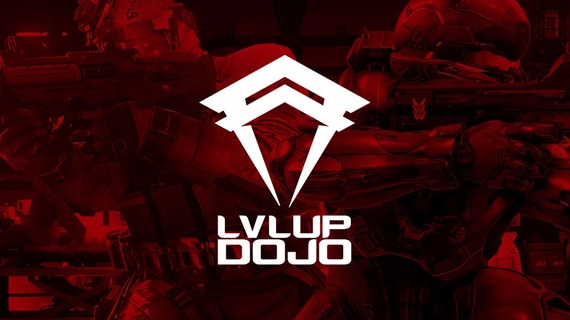 Since the days of Pong and SEGA Genesis, the masses have questioned whether video games could create a viable career path.

Parents scolded their kids for playing Halo instead of playing outside. Teachers insisted Gameboys were not allowed in school. Even the peers of these hardcore gamers--usually the ones who preferred football to Madden--insisted that video games meant that you had "no life."

Video games were considered a waste of time. And you, the kid who loved playing video games, were a loser for thinking your hours spent in the World of Warcraft would ever amount to anything in the real world.

A hot new startup, LVLUP Dojo, wants to prove the stereotype wrong. They have recognized that gaming is one of the fastest growing industries in the world, and that a full-time career as a gamer is now completely realistic. In fact, schools are now granting scholarships to gamers who compete on eSports teams.

Armed with an impressive roster of professional gamers, full-time Twitch streamers, YouTubers and eSports industry elites, LVLUP Dojo is the first educational platform to focus solely on teaching gamers how to turn their dreams into reality.

This month, they are launching version 1.0 of the site and are engaging closely with the community to determine the direction of the courses and "senseis" (course teachers), based on interest.

The influencers teaching the courses are the ones who went their own way, climbed to the top of this budding industry and are now extending a hand to others.

The truth is, the gaming industry is still young--both in how many years it has been around and the age of some of its top competitors.

For example, Seth "Scump" Abner, the captain of Team Optic and sensei at LVLUP Dojo, who teaches a course on how to build a successful team, is a mere 21 years old. And yet he currently has over 1M followers on Twitter, and an astounding 350M views on YouTube. By any definition, he is as "professional" as a gamer gets.

A big issue for a lot of gamers is the fact that they enter the scene at a young age, and struggle to receive support from their parents, teachers and peers.

A big issue for a lot of gamers is the fact that they enter the scene at a young age, and struggle to receive support from their parents, teachers and peers.

Being a hardcore gamer requires the same level of intensity, focus, and dedication as being an athlete, musician, or honors student. Unfortunately for them, few people see it that way. Here are five arguments people make against gaming, together with rebuttals.

1. "Gaming Is Just Something You Do for Fun"

Talk to any LVLUP Dojo sensei and you will find an impressive level of maturity and business acumen. These kids, young adults and even late-20-somethings have their sights focused on what they want, and are willing to put in the work to get there.

Many of the top influencers in the gaming industry put in 12- to 15-hour days working on their craft. Gaming is fun, sure, but they go at it with unrelenting self discipline. They show up every single day, and do whatever is needed to continue climbing the ranks.

If you've ever attended a gaming convention or professional gaming tournament, then you know the online friendships formed between players extend far outside the screen.

Teams are as close with one another as students on a high school football or soccer team--if not closer, since they spend hours together every single day, practicing.

3. "You Can't Make a Living Off Tournament Winnings Alone"

You're right, and that's precisely the issue LVLUP Dojo aims to solve. Many of these professional gamers know that winning tournaments is an inconsistent and risky revenue stream.

So, as young entrepreneurs, they look for other ways to monetize: ads on their YouTube videos, sponsorships, affiliate codes--and now, a revenue share split with LVLUP Dojo for each course sold.

It's an issue both gamers and LVLUP Dojo want to work together to solve, so that the gamers can spend more time doing what they love.

You'd be surprised. Many top competitors go on to coach the next era of all-star players, or find positions working for major gaming brands with whom they've built up a positive relationship over the years.

But also, many of these gamers realize they don't necessarily need to stay within gaming. Gamers, inherently, are tremendously talented digital marketers and personal-branding experts. Since they have built such massive audiences for themselves, they can pivot outside the industry and bring their audience with them.

5. "You Can't Learn Life's Most Valuable Lessons Through Gaming"

Ah, the most famous stereotype of them all. Like the others, it's demonstrably false. Talk to any pro gamer and you will find a level of awareness, focus, discipline and camaraderie that even some professional athletes fail to master.

Gaming is an extremely intense sport (yes, it's now considered a sport), and players know that in order to be successful they have to work together on common ground. It's time we recognize that, like many other sports, gaming can lead to a career... and a highly lucrative one at that.