Travelers are spoiled with scenery choices when visiting the United Kingdom, whether it's the first or the twentieth trip. I lived in Manchester for the past year and explored North England's gorgeous countryside from there, but I also found time to squeeze in a couple of jaunts to nearby Wales. The Lake District may be the first national park that comes to mind when envisioning the U.K.'s stunning landscapes, but Wales' wondrous Snowdonia gets my vote for sheer beauty, featuring four mountain ranges and over one hundred lakes, as well as lovely valleys and charming villages. 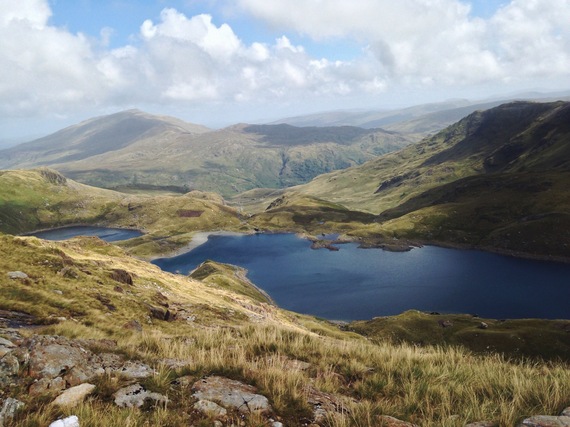 Here are five reasons for what makes Snowdonia well worth a visit:

It has a rich history (and castles!)

Snowdonia is located in the county of Gwynedd, one of the primary kingdoms of Wales in the Middle Ages. Remnants of its varied history remain, such as roman sites and (of course) medieval castles. Dolbadarn Castle is a picturesque fortification built by Welsh prince Llywelyn the Great in the thirteenth century. It was later painted by the great landscape artist J.M.W. Turner. Other castles in the park include Harlech Castle south of Dolbadarn and Conwy Castle to the north. 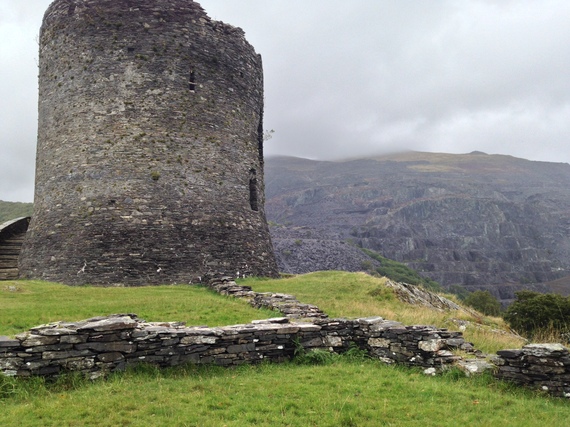 It has preserved the Welsh language

The first time I visited Wales, a shopkeeper in Tongwynlais (near Cardiff) asked me if I spoke Welsh. I was surprised, because in my ignorance, I had assumed that Welsh was spoken about as much as Scottish Gaelic (which roughly one percent of Scots currently speak). This is not the case, as around twenty percent of Wales is currently Welsh-speaking. Gwynedd is unique in that it is one of only two Welsh counties in which over half the inhabitants speak Welsh. I made sure to keep Google handy to avoid mangling any pronunciations of Welsh towns when asking for a bus ticket. 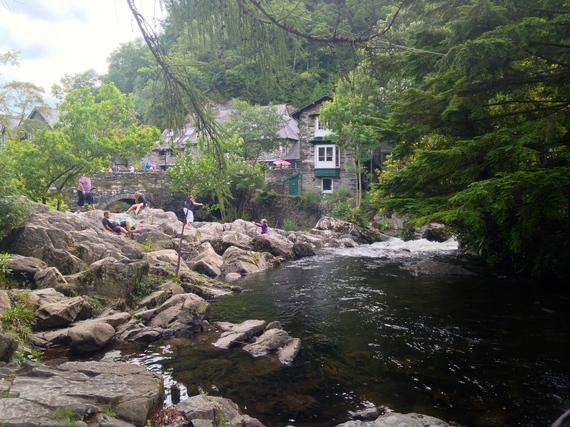 The village of Betws-y-Coed in Snowdonia; Photo Credit: Katy Miller

Snowdonia boasts Mount Snowdon, the tallest mountain in England and Wales. It takes from two and a half to three hours to hike the summit, and the views up and down are thrilling. Granted, Snowdon is only 3,560 feet tall, but height is no requirement for staggering beauty. Hiking it is even rewarding on foggy days, although you may not be able to see much from the summit. 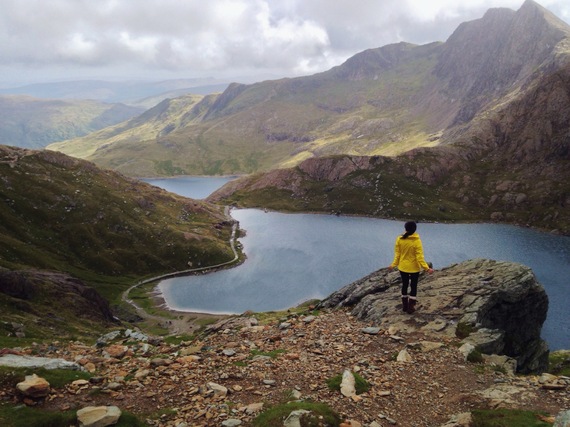 While I enjoy visiting cities, it's only so long before I feel the need to get out and explore the country. Because Snowdonia is accessible from the UK's main hubs, it's a prime opportunity for a weekend getaway. Traveling from London to the Midlands, Manchester, or Edinburgh? Stop in Snowdonia for a few days on the way. It's absolutely worth the detour. 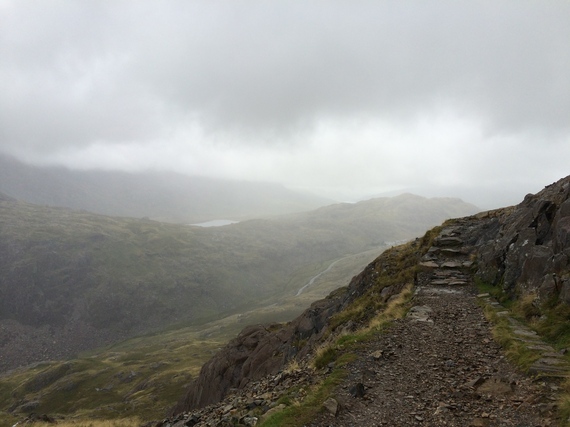 It's accessible by public transport

A particular frustration of mine is finding a tantalizing destination and then realizing that even after I fly or take a train there, I'm still going to have to rent a car to get around. You can get to Snowdonia by train, and once you're there, the Snowdon Sherpa bus connects all six of the main paths up Snowdon: the Llanberis Path, Miners Track, Pyg Track, Watkin Path, Rhyd Ddu Path, and the Snowdon Ranger. The Snowdon Mountain Railway also runs from Llanberis to the top in good weather, for those who would rather sit back in comfort. 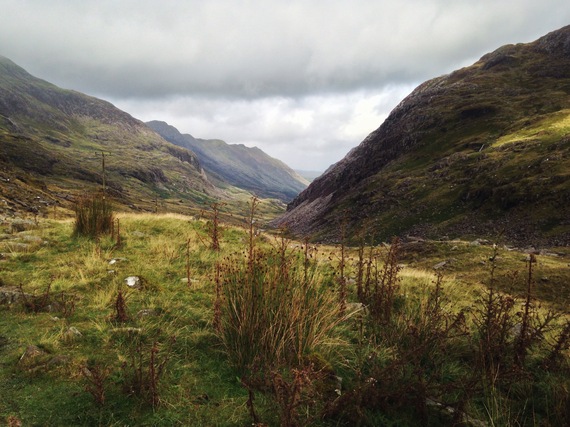 A view from starting the hike at Pen-y-Pass; Photo Credit: Katy Miller

You can base yourself in Betws-y-Coed or Llanberis, small villages featuring cosy bed and breakfasts. We stayed in the cheerful Fairhaven Guest House, a three-minute walk from the Betws-y-Coed train station.

Don't forget to bring a rainproof jacket and trousers, hiking boots, and gloves and a hat (even in the summer, trust me!) Dress in layers and be prepared for a downpour, as Snowdonia is the wettest spot in the UK.