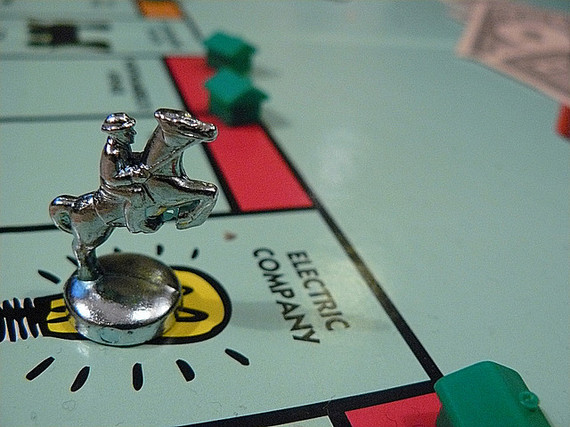 It seems crazy that electric companies would have anything against customers that spend their own money to reduce their energy use with clean, local solar power. But any number of utilities are slapping excessive fees and charges on customers with solar to slow or stop them. Here are five reasons why...

Most utilities see a solar array on a customer rooftop the same as they see an energy efficient refrigerator. It means the customer buys less electricity. In some states, policies called "decoupling" tend to hold utilities harmless to these sales losses in order to encourage more investment in cost-effective energy efficiency. But with solar, utilities tend to ignore the benefits that this energy provides to the electricity system unless someone tells them to account for it.

Read a utility integrated resource plan (their 15-year plan for the electric grid), and you can see an electric utility wax eloquent about a shiny new 100 megawatt power plant that could provide energy during peak energy periods with zero fuel cost. But if instead of a big utility-built power plant we're talking about 10,000 individual solar arrays on customer rooftops, utilities lose all perspective. 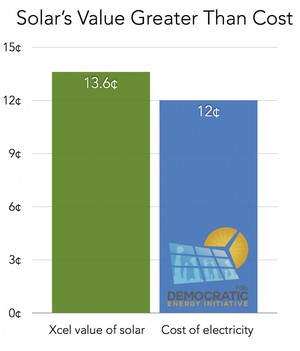 In Minnesota, for example, the state legislature passed a "value of solar" program that requires the state's largest utility, Xcel Energy, to calculate how much solar energy is worth to its grid. In 2014 and 2015, the utility has reported that the value of solar energy is higher than the cost to the utility in buying it from customers via net metering. Other studies have shown similar results, including one in Maine, in Missouri, and in many other states.

Faced with compelling evidence of the value of customer-produced solar power, why haven't utilities come around?

For most investor-owned (for profit) utilities in particular, this new data can't be squared with their old business model. In a study by the Lawrence Berkeley Laboratory, researchers found that the ratepayer impact of lots of customer-owned solar is quite small, but the larger impact falls on utility shareholders. Solar may mean modest revenue reductions for electric utilities, but by offsetting the need for new, large-scale power plants, solar's real threat is in choking off the for-profit utility's source of shareholder returns. 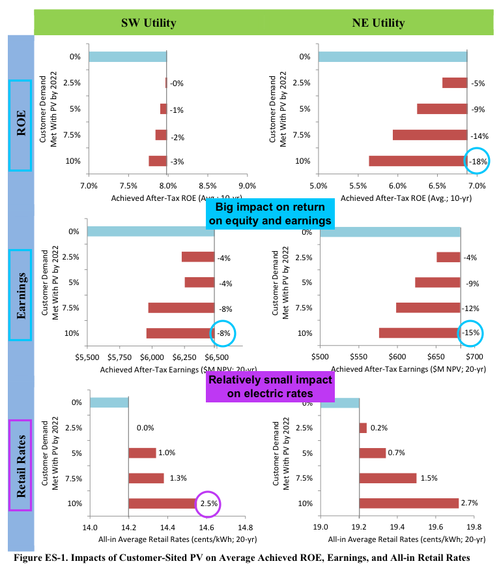 In short, a utility that's spent the past several decades making money by selling more electricity and building new infrastructure doesn't look favorably on a competitor. Municipal utilities (owned by cities) and rural electric cooperatives (owned by their members) don't have this dissonance between shareholders and customers, but the notion of customer-provided power as a resource is often just as shocking. There are a few exceptions (noted later) but not many.

3. It Seems Easier to Fight Than Innovate

In a competitive business it would seem mad to fight your own customers, but most utilities aren't in competition (even in states where there is competition in selling electricity to ultimate customers, the ownership of the distribution grid remains a monopoly). That means there are only a few prominent examples of utilities--such as Green Mountain Power and Farmers Electric Cooperative--working to change yesterday's business model to accommodate today's technology.

For the rest of electric utilities, they've largely chosen to fight their customers rather than accommodate the rise of distributed, customer-owned renewable energy. But that choice is because while they see distributed renewable energy as an opportunity, most have no idea how to make a business around it.

In Wisconsin, electric utilities have shifted more of the monthly bill onto fixed charges, reducing the incentive for their customers to save energy with solar (or any other manner). In Arizona, utilities are slapping fees on solar energy producers, to recoup their lost revenue. In over half of U.S. states (shown below in red), utilities have introduced legislative or regulatory proceedings to fight their customers over solar energy. 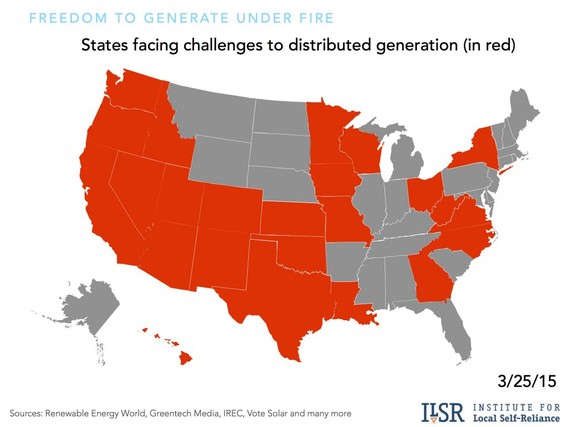 The state-by-state battles are part of a coordinated effort by utility executives to address what they see as "a serious, long-term threat to the survival of traditional electricity providers."

So far, utilities have lost more than they've won, but even in winning individual battles utilities may still lose the war because their "victories" in containing customer generated solar power are temporary props to an electricity system that is increasingly archaic.

4. The Electricity System is Fundamentally Changing

It's easy to pick on electric companies for overlooking the value of their customer's energy (and for lashing out with retrograde policies), but it's not entirely their fault. The 100-year-old rules of the electricity system--written by legislatures and governed by public regulatory commissions--granted most electric companies a monopoly over their area of the electric grid. Even as some states introduced competition in selling power to ultimate customers, utilities maintain over the distribution poles and wires that bring power to homes and businesses (and thus much of the power). This monopoly made sense in the 20th century to raise capital for large-scale, low-cost power generation. It worked, giving us reliable and affordable electricity (at any environmental price). It gave utilities comfortable, reliable returns on their investments from regulators at Public Utilities Commissions.

In an era of incremental change where stability was prized over innovation, this monopoly was largely in the public interest.

Consider the difference between a 20th century and 21st century electricity system. In the 20th century, power was generated in large-scale power plants at a distance from population centers, sent by large transmission lines to cities, and managed in a centralized, top-down fashion by a monopoly electric company. There was no viable alternative to this model.

Today, we can generate power on rooftops or farm fields, manage it in real-time with smart thermostats or appliances, and control it remotely with smartphone apps and automation software. In this environment, do we need a traditional, top-down electric utility?

Most utilities won't change by themselves, however. The inertia and cultural stagnation of monopoly make them much better at playing defense than offense. That has regulators in at least one state, New York, saying "no."

The Reforming the Energy Vision process just released its first orders, and among them the New York regulators are telling utilities that they will no longer own and operate distributed renewable energy resources. It's the first step toward flattening the electricity system, from a one-way, top-down grid to a massively networked and democratized energy delivery marketplace. Similar processes are underway in Washington, Minnesota, and other states.

Imagine how typewriter companies felt upon the introduction of personal computers, how landline phone companies felt a decade ago. Electric utility executives are in a similar position, locked in an outdated paradigm and without a strategy for reaching a different future.

The key difference is that electric companies wield enormous market and political power over their system. They have publicly-sanctioned monopolies, and huge streams of monopoly-shielded revenue they use to hire lobbyists and lawyers to dominate state legislatures and utility commissions. Open Secrets tracks electric utility lobbying at the federal level and reports that utilities collectively spent $121 million on lobbying Congress in 2014, and an additional $16.5 million in contributions to legislators. Lobbying is even more intense at the state level, where most regulation takes place. For example, Florida's four largest utilities collectively employ one lobbyist for every two legislators in that state.

In nearly every fight to align the electricity system with the technological and economic opportunity--energy efficiency, renewable energy, net metering--utilities have pitted their resources squarely against progress.

Get to the Root Cause

The best analog to today's battle for the electricity system might be the AT&T telephone monopoly. In the early years, users couldn't even connect third party devices to the telephone network and AT&T could wield its monopoly power to quash market or political competition. In the end, the government rightly recognized that breaking up the monopoly and introducing competition (for long distance service, at least) was the only way to reduce AT&T's economic and political power.

The root cause of the battle between utilities and their (captive) customers is the utility monopoly. And the best hope for a democratic energy system may be to smash it.