War and Peace doesn't exactly make for tempting reading to enjoy in our twenties at first glance. With Leo Tolstoy's other books having titles such as The Death of Ivan Ilyich and Resurrection, they don't sound much better either.

However, Tolstoy is actually a pretty appropriate author for twentysomethings to be reading in our current society. Although he lived in Russia over one-hundred years ago, Tolstoy and his characters knew all about ambition, failure, stress, and striving for meaning and goodness.

Here's why we should give the leader of Russian literature a chance in our twenties (and if not then, at any age).

1. Tolstoy was always trying to improve himself

When Tolstoy was 18, he began a "Journal of Daily Activities, in which he would set out his day and create rules that would supposedly develop his willpower. These included the following, which many of us can relate to (ok, maybe not the third one):

Tolstoy's self-improvement theme also appears in many of his novels, particularly with the character Nekhlyudov in Childhood, Boyhood, Youth:

To reform all humanity and eradicate all human vice and unhappiness seemed plausible enough to us at the time, just as it seemed an easy and uncomplicated matter to reform ourselves, to master all virtues and be happy...

2. Tolstoy also knew all about failure

It will probably make you feel a bit better about yourself that Tolstoy's goals didn't always go to plan. In fact, they rarely did. Some days he kept to his regime and rules, but on others he did "nothing", "almost nothing", did things "badly", "read Gogol" or "overslept." However, perhaps without setting his expectations so high he never would have created the literary masterpieces he did.

"This is the second day when I have been indolent and failed to carry out all that I had set myself. Why so? I do not know. However, I must not despair : I will force myself to be active." ― The Diaries of Leo Tolstoy 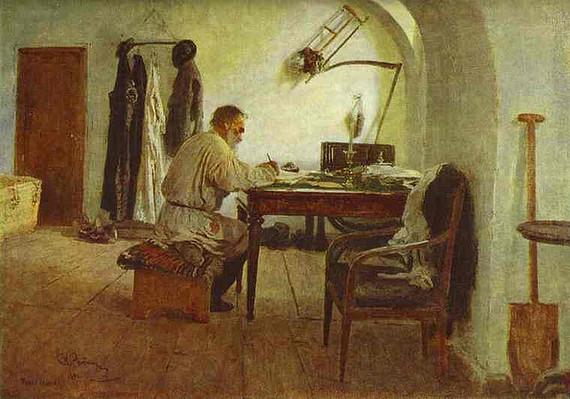 3. Tolstoy's characters don't always fit in, but let's see that as positive

Meeting Pierre Bezukhov in War and Peace was one of the most important moments of my teenage years, and now the character has become both a mentor and a reflection of my twentysomething self. At the start of War and Peace, Pierre is twenty and newly returned from ten years of education in Europe.

Behind his spectacles he's uncomfortable, anxious and out-of-place in a Russia he has little experience of. However, Pierre strives for good and is one of the few characters in literature who truly achieve it. There's much to be said about not following the crowd.

4. Tolstoy wanted to find meaning and simplicity in a chaotic world

With social media and technology becoming everyday parts of our lives, it can be difficult to find peace, mindfulness and meaningful experiences.

Family Happiness has a particularly relevant snippet of wisdom for this, and the quote is also mentioned in the book and film Into the Wild:

"A quiet secluded life in the country, with the possibility of being useful to people to whom it is easy to do good, and who are not accustomed to have it done to them; then work which one hopes may be of some use; then rest, nature, books, music, love for one's neighbour -- such is my idea of happiness."

We don't need to move to the country, but we can all prioritize the other aspects Tolstoy mentions by getting outside, resting, reading, and socializing.

5. Tolstoy knew what anxiety and panic felt like, but also how to overcome it


While on a trip to the Penza region in 1869 to look at some land, Tolstoy stopped overnight at a hotel to rest. Despite feeling 'perfectly well', at two o'clock in the morning Tolstoy suffered a panic attack and was overwhelmed with feelings of "despair, fear and terror". That's certainly something I can relate to.

However, Rosamund Bartlett explains in Tolstoy: A Russian Life how on the same trip Tolstoy would enjoy looking up to the very tops of the tall pine trees above him and contemplate something greater than himself. For Tolstoy and many of his characters, overcoming an anxious moment may just require looking around and getting out of our heads.

Prince Andrei's famous quote on the battlefield in War and Peace is a great example of this:

Yes! It's all vanity, it's all an illusion, everything except that infinite sky. There is nothing, nothing - that's all there is. But there isn't even that. There's nothing but stillness and peace. 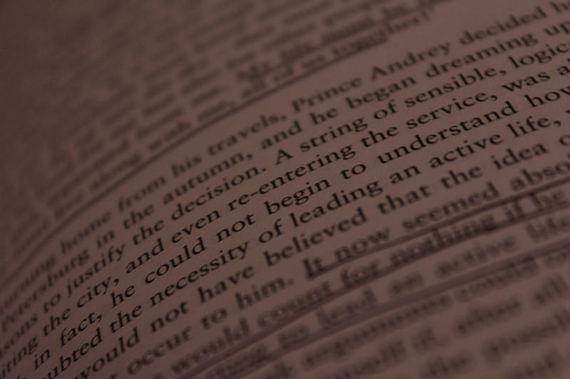 You don't need to start with War and Peace

Tolstoy, it turns out, shouldn't be buried and forgotten just yet. Why not pick up Tolstoy's collection of quotes, A Calendar of Wisdom, or make a start with his short stories before moving onto the legendary War and Peace or romantic tragedy Anna Karenina?

If you still need convincing, read Andrew D. Kaufman's brilliant Give War and Peace a Chance or visit Tolstoy Therapy to see how Tolstoy's work -- and that of many other authors -- can match our own lives, feelings and predicaments.