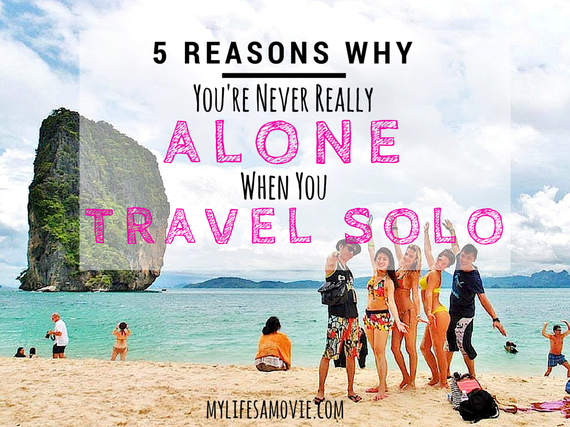 Unless you're purposely trying to be alone, or on a deserted island, the chances of you actually being alone when you travel solo are quite skinny. I'm not saying that you're always going to have a buddy that you know around, but I am saying that it's really not that hard to strike up a conversation with a potential new buddy, or just use the magical power of the Internet to connect with people back home or even nearby.

I know some people want to travel solo, whether it's to "find themselves," get "completely immersed in the culture," or to just not have to deal with other peoples' schedules and general bullshit. But I also know that there are a lot of people who are thinking about traveling solo for the first time, and are worried about being alone for safety and/or loneliness reasons, which is why I'm telling you that you're not alone.

You'll still get the solo travel experience and street cred, but here are some reasons why you won't have to worry about feeling alone when you travel solo: 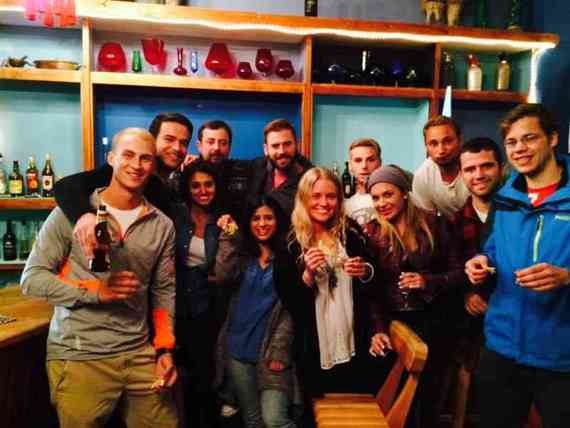 Not only have a very large amount of people traveled solo in their lives, but there's a good chance a few of them are doing it at the same time, and the same place as you are. It's not that hard to find them when you travel solo, either, because they'll probably be staying at the same place as you, or walking around like they know they place even though their appearance doesn't fit in at all.

Backpackers and hostels are like the meccas of solo travelers, and you're guaranteed to meet a ton of people from all over the world if you just hang out in the lobby or coffee shop of one. You don't even have to stay there; just go hang. You'll quickly discover that you have about five new life friends and will probably even join a roaming herd of vagabonds.

2. Locals Love to Show Their Love 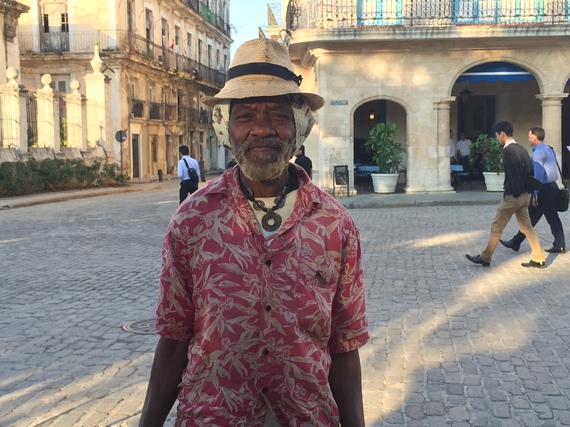 Well, maybe not all locals. I distinctly recall a lot of resting bitch faces in Cuba and Dubai, but that didn't stop me from forcing my friendship on a few un-expecting locals. In most countries, locals love meeting travelers and hearing about where they're from, and especially telling them about their beloved homeland. Don't be afraid to politely say hi or ask a question, and bonus points if you learn a few phrases in their language!

I actually highly encourage talking to locals -- you'll get a very interesting insight on their culture, plus learn about the best things to do. I still regularly chat with locals I've met in Cuba, South Africa and Sydney, and some are even planning to come visit! 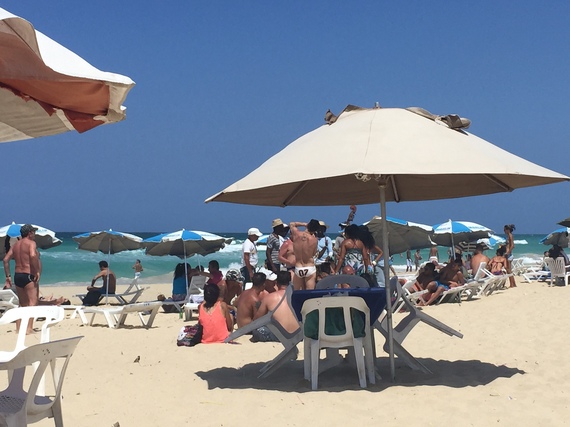 I don't know about you, but I don't think I've ever met a tourist that wasn't insanely happy to be where they are. Although sometimes slightly annoying, tourists are still great to chat with because they're guaranteed to have a TON of tips about where they've been so far, where they want to go next, and where they think you should go, too. Plus, they'll probably be extremely impressed that you travel solo, and will end up waving you down whenever they see you in the lobby to talk about it.

It can also be helpful to befriend tourists, because they tend to over-plan the shit out of their trips and know everything from how to get cell service to where to go if you lose your passport. It can also be comforting to be around tourists if you feel uncomfortable or unsafe in a local setting, because you can always pretend like you're part of their group instead of alone!

4. The Staff is Always There For You 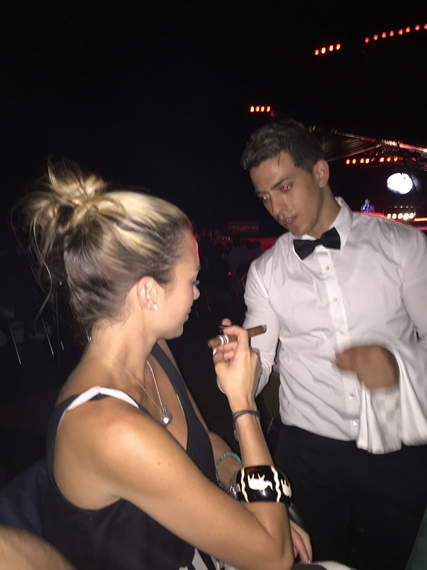 People go into the hospitality industry for a reason. They like to help people with their travels or vacations. If you're ever feeling alone or unsafe, go talk to the lobby bartender, or the concierge (except in Cuba), or the pool boy (yes in Cuba) or the server -- it's their job to be friendly and helpful, so that's pretty much a no-brainer. Plus, it's always nice to have someone to say hi to or make small talk with when you're coming or going to wherever you're staying.

5. Wifi Connects You To More Than The Internet 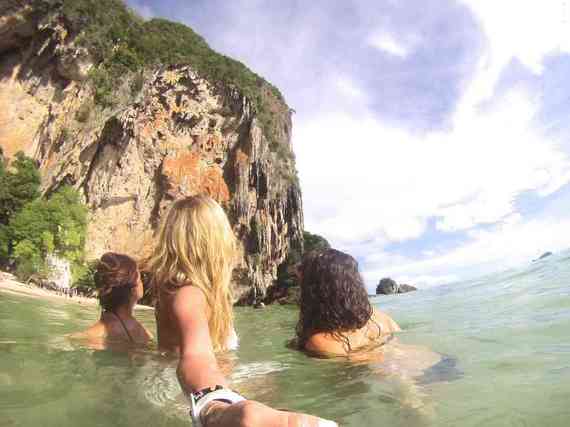 You can pretty much meet people anywhere in the world thanks to Wifi, and also communicate from wherever you are as well. Join travel groups on Facebook and Twitter, reach out to local bloggers and ask questions, shit, even use Tinder when your phone has Wifi if you really want an easy way to meet someone when you travel solo!

I've done all of the above and am even meeting up with a girl in Iceland this weekend who I found because she posted she was going in our Girls Who Travel Facebook group! I met another fellow travel blogger the same way who is always down to travel, and we even got over 25 members together in LA for a travel brunch!

But there's more! Now there's even apps specifically designed to connect other solo travelers, like Wandermates, Backpackr and SKOUT, and also apps that connect you to locals, like Livful or even Party With a Local.

If you're not really looking to meet people, but also not trying to cry yourself to sleep at night when you travel solo, you can still use Wifi to keep in touch with friends back home, and use things like Facebook chat, and FaceTime audio to message or call for free!

So don't you worry about traveling solo young jedi. If anything, I'm here for you.... unless I'm traveling in a no-Wifi zone. In that case, I will not be there for you... until I scour the area for hotspots.

Best Places To Travel In 2015
More:
travelTravel TipsTravel Blogs
Newsletter Sign Up
An essential daily guide to achieving the good life
Subscribe to our lifestyle email.
Successfully Subscribed!
Realness delivered to your inbox