5 Rings, 5 Things is a column of my blog in which I dish out 5 fun facts about Olympians. 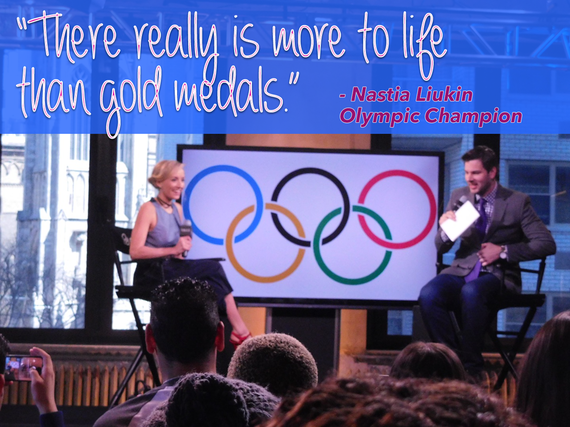 Today, Olympic Champion Nastia Liukin stopped by AOL BUILD to discuss her gymnastics medals and the moments that defined her incredible career. Nastia took the time to pose with fans. She even let the AOL BUILD host, Matt Forte, try on her medal.

How do you measure a year?

1. Athletes who have trained or participated in the Olympics measure their life in “quads.” The moderator, Tim Morehouse, an athlete himself, measures his life in 4-year increments based on the Olympics as well.

3. By Age 3, coaches were able to see her gymnastic potential. By Age 9, she had won the Level 6 Texas State Championship.

4. Nastia is getting married in Newport, Rhode Island next summer. Nastia was advised NOT to reveal she was location-scouting for her wedding when pricing venues. However, it was the first question they asked.

5. Look out for Nastia’s collaboration with the brand Caraa. The two are collaborating on “luxury designer athletic handbags”.

Check out US Weekly’s “Nastia Liukin: What's In My Bag?”

This is a big quad for Nastia! She is graduating college, engaged to be married and creating a handbag line. She will begin her next quad this summer, as a NBC Commentator at the Summer 2016 Olympics in Rio!

As always, I've consulted my Pop Culture Expert, Lizzette for her take on the talk. 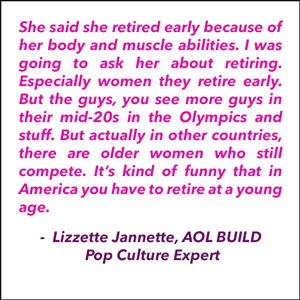