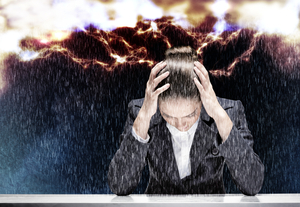 Having sat across the table from, and working alongside CEOs of every stripe, I have catalogued literally hundreds of "I-wish-I-had-it-to-do-over-again" moments. Here are five of the most common, and the most critical:

1. Failing to Date before Getting Married. A friend called me last week to ask for legal advice. He had spent the past year opening his business and, from what I could tell, was doing rather well. I had not been involved in any aspect of the new venture, except as an enthusiastic customer and supporter.

What I had not known was that he let in a partner. He felt that she had a wealth of product knowledge and some valuable connections. He was probably right. He decided that their deal was a simple one and that paying for advice was a needless expense. In that, he was undoubtedly wrong.

Now, one year later, he and his partner barely speak, she has one-third of the business, and he has no clear way to get her out. Rookie mistake.

The truth is that there are innumerable ways to cement a relationship without parting with a piece of the company. Incentives come in all shapes and sizes, as do arrangements such as vesting schedules, phantom stock, and so-called "clawback" provisions.

Arranged marriages are largely a thing of the past. And it's the rare couple who manage to marry for life immediately after their first meeting. Just as in our personal lives, marriage in business is a long-term commitment that means something. There is no substitute for patience, due diligence, and little bit of guidance.

2. Riding the Tide. I know people who work like crazy on sales and marketing, only to finally crest the wave, stop and enjoy the view. The marketing efforts stop, not just because of fatigue, but also because the business is so busy fulfilling orders that marketing and sales take a lower priority. Truth to tell, I have been one of those people.

On the other hand, I know business owners who, in tough and lean times, have been forced to cut back on marketing in an effort to save every penny for so-called "critical" operations. Marketing is long term, and it's hard to think "next year" when what's killing you is the stress of next week. I have been one of those people as well.

What I've found, through my own experience and that of countless others, is that marketing is akin to exercise. Consistency is the key. Inactivity is not an option.

3. Believing It Will Blow Over. I tell my teenagers that the internet is forever. So are the memories of your employees. Mistakes, perceived slights, and that time you lost your temper will linger long after the echoes have faded. Even when you barely remember them, those occasions will resurface in the form of an offhand comment or point of reference. To think otherwise is a rookie mistake.

If you can't make someone forget, exert some influence over what they remember. Hold a "bloodless autopsy" in calmer times. Examine the incident, making sure that the only finger you point is at yourself. Involve people in the exercise of considering how it could have been done better. Apologize, and use the incident, whatever it may have been, to instill a company culture of moving forward.

4. Making Decisions with a Rearview Mirror. I hear it all the time: "we never needed a contract before." I would guess the same thought applies to a will. "I never died before, so I don't see the need to write anything down." The fact is that nothing ever happens... until the first time it does. A customer never stiffs you, until one does and you're left trying to process the anger. An employee never leaves and tries to take your customers away, until one does and you stand there impotently shaking your fist.

The key is to face your fear. Whether dealing with employees, customers, or any other facet of your business, take the time to list the worst things that could reasonably happen. Then consider how you could best prepare for it or, better still, prevent it. Then get it in writing.

Past experience is no predictor of future events. Thinking it is, is a rookie mistake.

5. Becoming Mired in Tradition. Where other companies might hang Successories posters, my selection is from Despair.com. The heading at the top reads "TRADITION" and the caption is exactly as I've printed it above. It perfectly captures my attitude toward corporate policy. To think otherwise, and to cling to the tyranny of past practices, reports that used to mean something, policies that no longer reflect your company's mission, vision, culture, or workforce, is worse than a rookie mistake. It is a mistake which, by definition, can only be made by a person with experience. And worse, it can be a killer.