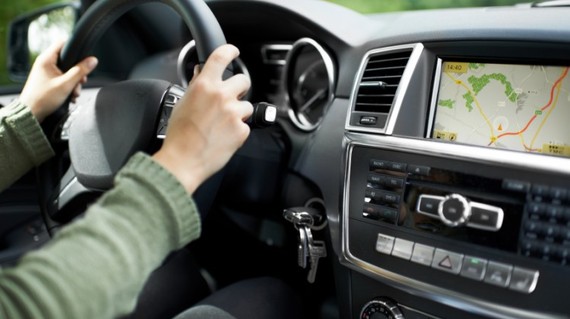 All sorts of high-tech safety equipment is available on today's new cars, from systems that automatically apply the brakes if you're in danger of crashing to rear-view cameras that let you see obstructions behind your car.

But in most cases, the really cool stuff is too new to score car insurance discounts. The safety features that usually qualify have been around for decades, such as anti-lock brakes.

NerdWallet looked at car-safety discounts available from the 10 largest insurance companies. Only Liberty Mutual says it offers discounts for newer innovations, including:

Most car insurance companies don't offer discounts until safety technology has proven over many years to reduce insurance claims. Here are the safety features most likely to qualify you for a car insurance discount.

1. Anti-lock brakes
Years ago drivers were instructed to "pump the brakes" if the vehicle was skidding, because a locked-up wheel is less effective at bringing the car under control than a wheel that is rotating slowly.

That advice went by the wayside with the development of anti-lock braking systems, which began appearing on high-end vehicles in the 1970s and was used on many models by the late 1980s, according to the Insurance Institute for Highway Safety. As of the 2012 model year, the federal government requires automakers to include anti-lock brakes as part of the standard equipment on all passenger vehicles.

Discounts for anti-lock brakes vary. Allstate offers a 10% discount, for instance, and 21st Century Insurance offers a 5% one.

Florida, New Jersey and New York require insurers to give a discount for anti-lock brakes.

2. Air bags
Air bags cushion the blow for people during a crash. Frontal air bags have been required in all new passenger vehicles since the 1999 model year. Side air bags also are included as standard equipment on almost all cars to meet federal side-protection requirements, according to the Insurance Institute for Highway Safety. Some vehicles feature inflatable safety belts or rear-window curtain air bags to protect passengers in the back seat.

Car insurance discounts generally increase with the number of air bags. Geico, for instance, offers up to 25% off for driver-side air bags and up to 40% off for full front-seat air bags. The discount applies to medical payments or personal injury protection coverage.

Esurance offers a discount of 2% to 33% on medical payments coverage or personal injury protection, depending on the state and the number of safety features.

Some insurers offer a small discount. Geico says you can save 1%, for instance, on certain coverage.

The systems have been required on all cars, SUVs, pickups and minivans since the 2012 model year.

The bottom line
Discounts for safety features not only vary by insurance company, they also vary by state. An insurer may offer a discount in some states but not others, or the percentage may differ from state to state.

Ask your insurance representative about money-saving deals. But when shopping for insurance keep in mind that a company advertising large discounts may still not offer the lowest-cost coverage in the final tally. NerdWallet's car insurance comparison tool can help you look for coverage to fit your needs and budget.