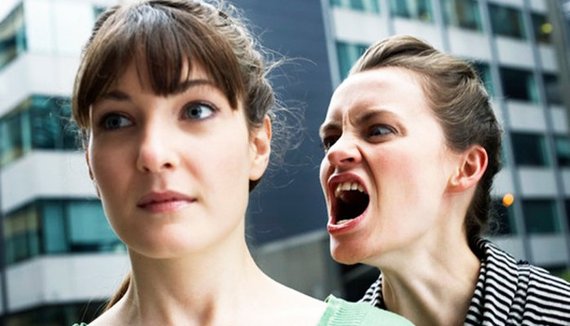 How you handle conflict determines the amount of trust, respect, and connection you have with others.

With a mastery of conflict being so critical to your success, it's no wonder that, among the million-plus people that TalentSmart has tested, more than 90% of top performers have high EQs.

So how can you use emotional intelligence to master crucial conversations? There are five common mistakes you must avoid, and five alternative strategies you can follow that will take you down the right path.

You've suffered in silence long enough. Your colleague continues to park so close to your car that you have to enter through the passenger door. You've asked her before to stop. After a dozen more violations of your request, you decide you've suffered long enough. Clearly, she needs to know what you think of her intentional disrespect. So you let her have it. You get right in her face and tell her what an inconsiderate jerk she is.

How to beat this? Honesty without brutality. From a young age, we're taught to believe that we have to choose between telling the truth and keeping a friend--that the only options are brutality or harmony. With emotional intelligence, you can speak the truth without burning a bridge.

Have you ever noticed how some conversations--even ones about very risky subjects--go very well? And others, even ones about trivial things, can degenerate into combat? The antidote to conflict is not diluting your message. It's creating safety. Many people think the content of the conversation is what makes people defensive, so they assume it's best to just go for it and be brutally honest. It isn't. People don't get defensive because of the content--they get defensive because of the intent they perceive behind it. It isn't the truth that hurts--it's the malice used to deliver the truth. Pulling this off requires emotional intelligence.

Some well-intentioned "communication" professionals suggest that when it's time to speak up, the diplomatic way to do so is to start by sharing your feelings. For example, you tell your parking-impaired colleague, "I feel rage and disgust." Somehow that's supposed to help. It doesn't. People don't work this way. Robotically sharing your feeling only alienates, annoys and confuses them.

How to beat this? Start with the facts. Our brains often serve us poorly during crucial conversations. In order to maximize cognitive efficiency, our minds store feelings and conclusions, but not the facts that created them. That's why, when you give your colleague negative feedback and he asks for an example, you often hem and haw. You truly can't remember. So you repeat your feelings or conclusions, but offer few helpful facts. Gathering the facts beforehand is the homework required to master crucial conversations. Before opening your mouth, think through the basic information that helped you think or feel the way you do--and prepare to share it first.

When someone takes an opposing view on a topic you care deeply about, the natural human response is "defense." Our brains are hard-wired to assess for threats, but when we let feelings of being threatened hijack our behavior, things never end well. In a crucial conversation, getting defensive is a surefire path to failure.

How to beat this? Get curious. A great way to inoculate yourself against defensiveness is to develop a healthy doubt about your own certainty. Then, enter the conversation with intense curiosity about the other person's world. Give yourself a detective's task of discovering why a reasonable, rational and decent person would think the way he or she does. As former Secretary of State Dean Rusk said, "The best way to persuade others is with your ears, by listening." When others feel deeply understood, they become far more open to hearing you.

Mistake #4: Blaming Others for Your Situation

Your boss tells you she'll go to bat for you for a promotion. You hear later that in the HR review she advocated for your colleague instead. You feel betrayed and angry. Certainly, your boss is the one responsible for your pain--right? Truth is, she's not the only one.

How to beat this? Challenge your perspective. When we feel threatened, we amplify our negative emotions by blaming other people for our problems. You cannot master conflict until you recognize the role you've played in creating your circumstances. Your boss may have passed you over, but she did so for a reason. Half your pain is the result of her betrayal; the other half is due to your disappointment over not performing well enough to win the promotion.

Mistake #5: Worrying About the Risks of Speaking Up

It's easy for crucial conversations to fill you with dread. Under the influence of such stress, your negative self-talk takes over and you obsess over all the bad things that might happen if you speak up. You conjure images of conflict, retribution, isolation and pain until you retreat into silence.

How to beat this? Determine the risks of not speaking up. The fastest way to motivate yourself to step up to difficult conversations is to simply articulate the costs of not speaking up. VitalSmarts' research shows that those who consistently speak up aren't necessarily more courageous; they're simply more accurate. First, they scrupulously review what is likely to happen if they fail to speak up. Second, they ponder what might happen if they speak up and things go well. And finally (the order is important) they consider what may happen if the conversation goes poorly. Once they have an accurate understanding of the possibilities, saying something is their typical choice.

The only way to win an argument is to never have one in the first place. Successful people know this--they don't avoid conflict because they can do something productive with it before things get out of hand. Apply these strategies the next time you're facing a challenging situation and you'll be amazed by the results.

Please share your thoughts on conflict in the comments section below, as we learn just as much from you as you do from us.

Joseph Grenny coauthored this post with me. Joseph is a four-time New York Times bestselling author, keynote speaker, and leading social scientist for business performance at VitalSmarts. Joseph is the coauthor of Crucial Conversations, Influencer, Crucial Accountability, and Change Anything. You can follow Joseph on LinkedIn here.