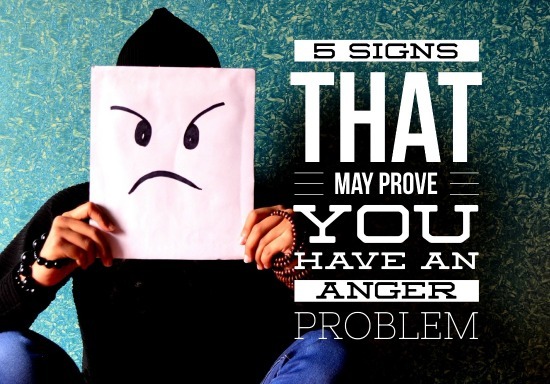 Has anyone ever said you may have an anger problem? Did it make you angry that someone would dare suggest you have anger issues?

People should mind their own business. After all, who cares if you get angry once in a while, it's your life, right? Well, yes and no.

Yes, it's your life, but your behavior affects everyone around you. It's easy to rationalize, "Everyone gets angry, I just get a bit heated. But hey, I'm passionate, that's not a crime!"

True, anger is not a crime, but negative outward expression of anger could lead to a crime. Just ask 90 percent of the inmates in prison at any given time and you'll hear their stories of aggression and violence that started with "a little anger."

Anger is not a gender issue, by the way. As a professional therapist I have talked with an equal amount of men and women who have anger issues.

So this article is not aimed at one particular gender. Anger is not a race issue either. Anger is a human issue. True, most people get angry at some point in their lives, but not everyone has an anger problem.

This post is really for people who cannot seem to control their anger, who have a very short fuse, and are often told they have an anger problem.

5 signs that may prove you have an anger problem:

1. Can't take criticism: People with an anger problem are ones who cannot listen to constructive criticism. They are quick to get defensive and fire back at the person trying to help them.

2. Always have to win an argument: People who are unable to control their anger have to have the last word, they won't back down. The argument is less about the actual source of the conflict and more about dominating the argument.

3. Very short fuse: Angry people have a very short emotional shelf-life, meaning, their threshold for patience is very thin and will often explode at the drop of a hat. Being unable to control your outburst indicates you may have an anger problem.

4. Holds grudges: Hanging onto resentment and bitterness with no tolerance for grace are good indicators of an anger problem. If you can't forgive someone, and you constantly bring up the offense to tear others down, it's a sign you have an anger problem.

People are not likely to just randomly say, "Hey, you have an anger problem." They probably have some evidence that leads them to tell you about your anger. It's time to listen to them!

Hey, I get it. You don't want to be told you have an anger problem. It's a lot easier to think to yourself that it's not your problem, it's their problem.

But, here's the thing. If you are being told you have an anger problem and you deny it or ignore people's plea to get help, then you may find yourself all alone. After all, no one wants to be around an angry person.

Anger is usually an outward expression of a deeper and often hidden problem. Anger is what everyone sees, but the underlying issues are not easily seen. This is why bullies normally have been bullied themselves. Bullies are hurting and then they turn their hurt into anger towards others.

Ok... this is where you need to take a honest look at yourself and ask this question. 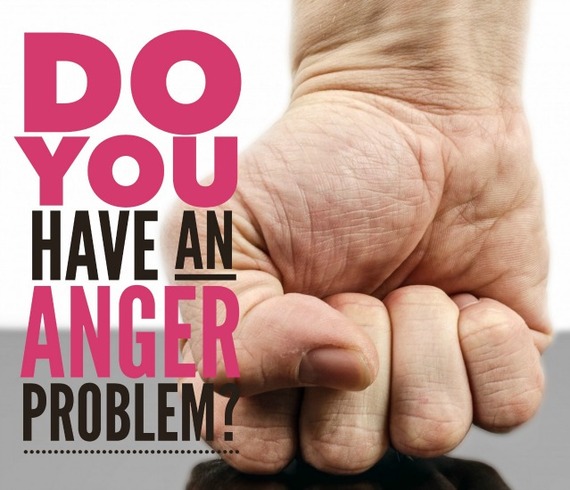 Do you have an anger problem?

Can you relate to the five signs of an anger problem above? Isn't it about time you did something about your anger?

First, admit you have an anger problem. Second, seek forgiveness from everyone you have offended because of your anger. Third, get help! Angry people need to get help for themselves and for those they care about.

The choice is up to you. Typically, people who have anger problems also have pride problems. You may need to swallow your pride, humble yourself, and seek help before it's too late.

Would you mind taking a short 1 question anger survey? I am really curious about how you will answer this 1 question about your anger.

John Cordray is a professional therapist and entrepreneur helping people with Emotionally Healthy Living at www.johncordray.com.

More:
angerhealthy livinganger managementless-stress-more-livingStress
Newsletter Sign Up
The essential guide to taking care of your mind and body
Subscribe to HuffPost’s wellness email
Successfully Subscribed!
Wellness delivered to your inbox