The Huffington Post has published numerous articles on the topic of sleep deprivation, often involving the link between sleep and physical and mental health. It's for good reason: we're mostly a nation of yawning, bleary-eyed folks who seem to think sleep is a sign of laziness or a badge of honor. At the very least, many of us simply think, Sleep? Who has time for that these days?

After all, the U.S. Centers for Disease Control and Prevention recently released some alarming (pun intended) information regarding Americans' sleep habits; according to their findings, one in three American's aren't getting enough shut-eye.

Specifically, their study found that nearly 35 percent U.S. adults receive less than seven hours of sleep, an amount which may increase their risk of everything from obesity and stroke to coronary heart disease and early death. Yes, early death.

It's time to do away with "less is more" thoughts when it comes to hitting the sack. For many people, this includes putting common sleep myths, well, to rest.

I caught up with Pete Bils, VP of sleep science and research with Sleep Number, who outlined some of the top sleep-related myths he's heard. Here, he provides elaboration on why you should think twice if you find yourself engaging in the following thoughts and behaviors:

1.I can make it up on weekends.
Nope, you can't simply undo the horrible sleep patterns you engaged in all week by sleeping until noon on Saturday and Sunday. "When you're sleep deprived, you're impaired. Period," says Bils. "Making it up on weekends is a bad strategy; you should strive to get a regular seven to eight hours per day, seven days per week."

He explains that out-of-whack sleep schedules interfere with your circadian rhythm, disrupting its ability to keep your body in synch with the environment and preventing you from functioning optimally.

2.Sleeping with the TV on helps you sleep.
Sorry, but not even watching Leonardo DiCaprio's long-overdue Oscar win is reason to justify keeping a remote control on your nightstand. 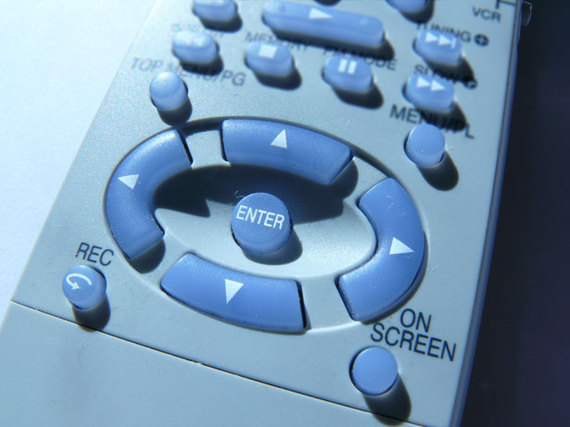 If you're serious about sleep, don't keep this in your bedroom.

Bils is not a fan of sleeping with the television on in the bedroom and strongly suggests that you follow in his footsteps. You may have thoughts that the screen's flickering glow is soothing or that the sights of your favorite TV characters will lull you off to dreamland, but he explains that just the opposite is true.

"TV in the bedroom hurts in three ways. First, It displaces sleep," Bils says. "Many get 'hooked' on a show and end up staying up way past their intended bedtime. Secondly, the content lingers with you as you try to drift to sleep. The 'racing mind' is a very common sleep complaint." Finally, he says that the blue light that's generated from screens interferes with your natural circadian rhythm.

3.I sleep better with my pet.
You may think it's adorable when your kitten "makes biscuits" on your leg or your dog cuddles up between you and your partner, but the reality is all that cuteness is jeopardizing your ability to sleep soundly.

Bils says, "I've now had several people tell me that, contrary to what they thought, their sleep was actually worsened when their beloved pet shared the same bed." He says that this correlation was actually proven by Sleep Number's technology, which tracks sleep. The technology's data revealed that people are typically more restless in bed when their pets sleep with them. "While the pets didn't physically wake them up," he says, "the sleepers' sleep was indeed negatively affected. So the emotional tug to have Fluffy in bed with you might be negated by how much she (and you) end up moving around." 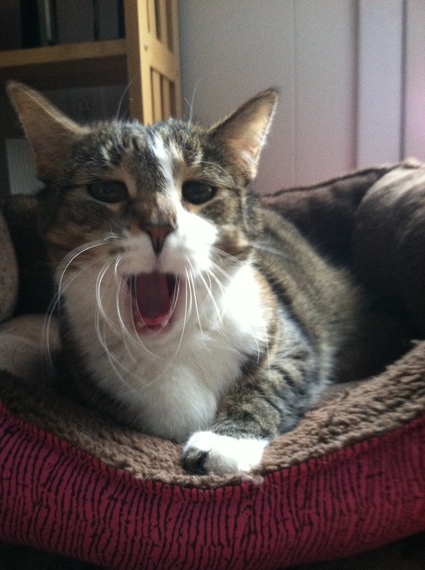 A pet bed -- not your bed -- is just where your fluffy pals belong.

I know, I know. I'm just as guilty of it as anyone, even taking pictures of my two cats at my feet upon waking and posting images of them on Instagram. Yes, it's cute. But cute isn't worth the restlessness that can lead to diminished sleep quality and in turn, bad health. The fact that it's likely negatively impacting the sleep I need (I'm a big sleep advocate) is enough for me to make sure they stay cozy in their own comfy pet beds from now on.

4.I can have coffee after dinner and still go straight to sleep.
There's an element of truth in this statement, but that doesn't mean you should be so fast to down that cup of java before turning in for the night. Bils says that yes, you probably will fall asleep fast, but it's likely because you're sleep deprived, not because the coffee you consumed didn't make an impact. You see, he makes it clear that there's a difference between sleeping and sleeping well - which is why you should re-think that coffee craving before going to bed. 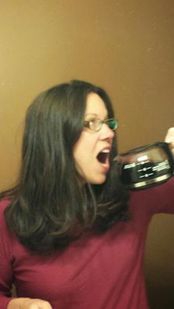 Just because you like coffee and fall asleep after drinking it, doesn't mean it's a smart before-bed choice.

"Caffeine greatly affects how deep you sleep early in the night, so while you may technically be asleep, it won't be very restorative," he explains. "Alcohol has a similar effect on the end of the night, greatly interfering with REM, the dream state of sleep. This leads to junk sleep; similar to junk food (consuming empty calories that don't offer any value to the body). When you get junk sleep, you're sleeping -- but the benefits are not realized because the sleep isn't quality sleep."

5.Naps are bad.
I've often observed sleepy friends and family members, watching them stretch while talking about how tired they when it's not even noon. When I suggest closing the office door or taking a nap during their lunch break, I often receive a look that indicates they think I've lost my mind. 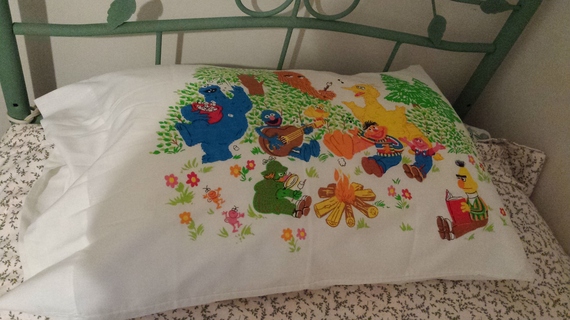 Naps aren't just for children or something that will make you have a restless sleep later; they do wonders to boost mood!

Many times, they're quick to say that if they take a nap now, they won't be able to sleep well when bedtime rolls around. It's as if they think naps are sleep's evil twin, something to be avoided. To which I say, if you're tired, that's your body's way of saying you need sleep -- and naps should be part of the process.

Bils agrees. "If you're well slept, naps can be a good thing. Research shows that the 'power' nap increases alertness and mood, boosting productivity and safety."

So there you have it. Take it from a sleep expert who understands the importance of sleep. Ditch these common sleep myths, and you'll be sure to see improvements in your overall health and mood.

Fido will understand. Trust us.