There's no debating that a fruit and veg-packed smoothie first thing in the a.m. is a gal's best friend. Loaded with filling fiber, plant-powered protein, and vitamins out the wazoo, smoothies are a totally foolproof way to give your breakfast a major nutrient boost. As an added bonus, pulverizing the produce in a blender makes them easier to digest than whole fruits. 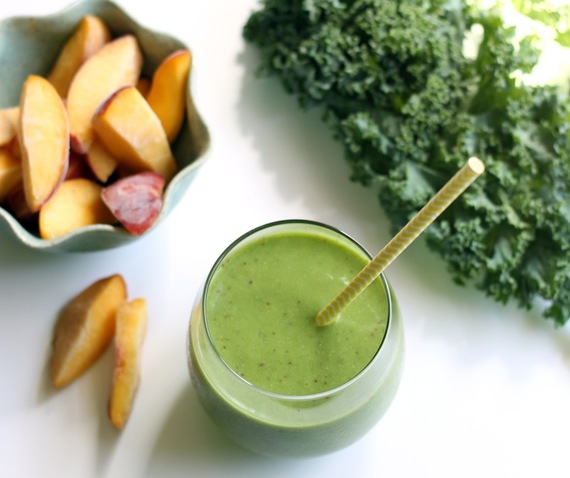 Start with a cup of unsweetened vanilla almond milk, which is super low in calories and provides a third to a half of the recommended daily amount of calcium and vitamin D. Next, add about a cup of frozen fruit (think blueberries, peaches, or mango) along with a frozen ripe banana or a couple pitted dates for natural sweetness. Then toss in a handful of your favorite greens (spinach, chard, or dare I say kale?) for some serious cancer-fighting antioxidant power. Lastly, elevate your smoothie to superstar status with a couple of these superfood add-ins. Your skin, waistline, and taste buds will thank you dearly!

Hemp seeds: It's no wonder that everyone and their brother has the hots for hemp. Not only is hemp packed with protein, but it's also famed for all those anti-inflammatory omega-3 fatty acids that soften your skin and prevent chronic disease. Try adding a tablespoon to your next concoction.

Quinoa: This superfood psuedograin isn't just for salads. Since it's so neutral in flavor, you won't even notice all the fiber, B vitamins and complete protein you're sipping on before the day has even started. Put your leftover quinoa to good use by adding 1/4 cup to the mix.

Cacao Powder: Complete with magnesium, fiber, iron, and loads of antioxidants, calling raw cocoa a nutrition powerhouse would be an understatement. It contains flavonoids that help improve mood as well as theobromine, an active compound that acts as a natural vasodilator to boost blood flow. Add a heaping tablespoon to a cup of almond milk, a frozen banana, a spoonful of almond butter, and pinch of cinnamon. Blend baby blend.

Avocado: You haven't had creamy until you've added a fourth of an avocado to your smoothie. Besides transforming your smoothie into a milkshake, avocado adds a healthy dose of fiber, mono-unsaturated fats, and potassium, which can help offset sodium's damaging effect on blood pressure.

Cinnamon: Just a half-teaspoon of cinnamon a day keeps the doctor away -- kind of. Cinnamon adds a touch of sweetness without all the sugar and calories of typical sweeteners. It not only tastes phenom, but it also may be effective in lowering your blood sugar. #Winning.

For more smoothie inspiration, check out these recipes: