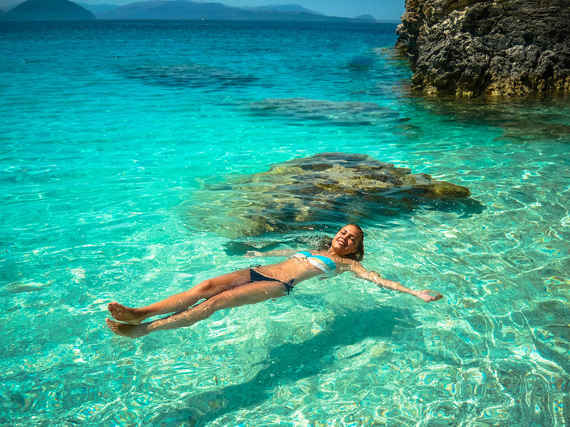 How many times have you visited a beach or a lake, only to be tragically disappointed by the murkiness of the water? Sure, you could go for a swim in there if you really wanted, but there's no way of knowing if whatever brushed your leg was seaweed, a bug-eyed aquatic beast, or a creepy, middle-aged guy with snorkeling gear. It's just not worth the risk.

Wouldn't it be nice if you could actually SEE what's beneath you? Well, you're in luck, because each of these 10 places has water that's so clear, it's pretty much equivalent to swimming inside a Poland Spring bottle. Or a Fiji bottle, if you're super fancy. 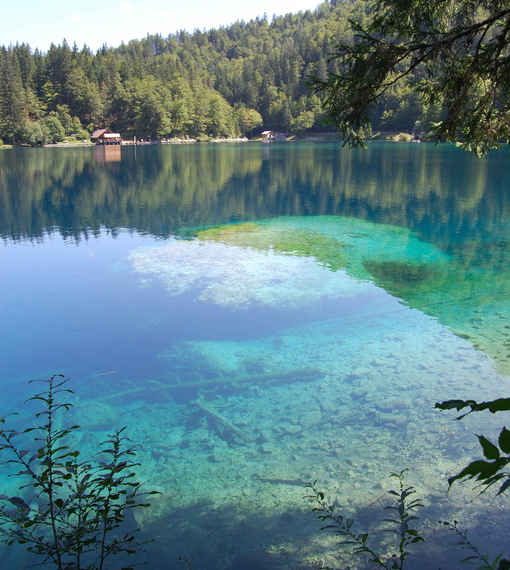 This serene pair of glacial lakes is located about a mile from the Italian/Slovenian border, and while they're both remarkably clear, it's the larger of the two that draws the most tourist action. The water here's generally way too cold for swimming, but you can still get an up-close look at the what's under the surface by hopping in one of the rowboats available for rent. Once you've gotten sick of rowing, hit the hiking paths surrounding the lakes for some breathtaking views of the neighboring Julian Alps. 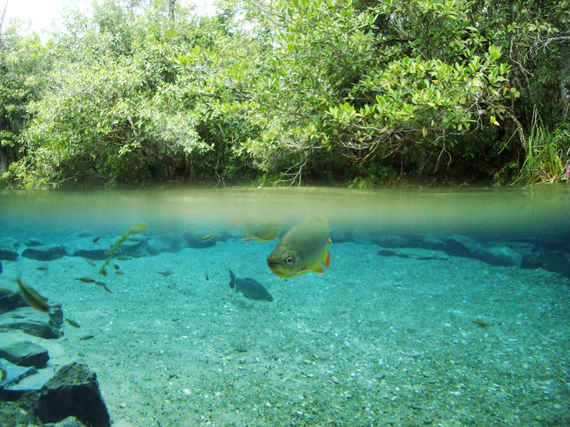 Thanks to the high concentration of underground limestone acting as a natural filter, the rivers surrounding the Brazilian municipality of Bonito are almost all vividly transparent.

The Rio da Prata is one of the clearest, allowing snorkelers to easily spot the shimmering scales of golden Dorados (otherwise known as delicious mahi-mahi) and yellow-finned Piraputangas swimming next to them. 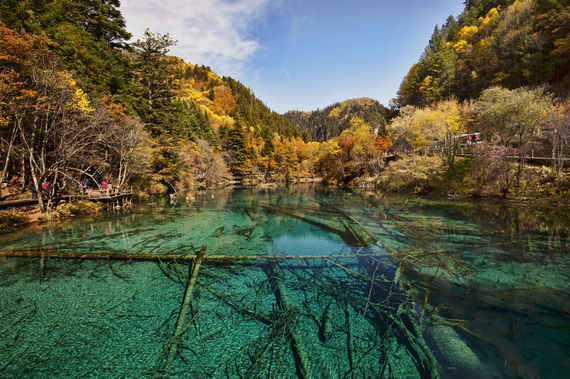 According to legend, the 108 lakes dotting the Jiuzhaigou Valley nature reserve were created when a goddess dropped the mirror she received from her lover, and it shattered into 108 pieces. Clumsy deities notwithstanding, each of these scenic lakes is pretty spectacular, and there are definite standouts: Five Flower Lake and Five Color Pond, located on opposite ends of the Y-shaped valley, both live up to their names with vivid hues and transparent waters. Except there are way more than just five colors. It's more like that Crayola box with 128 crayons, including cornflower and burnt orange. Which are definitely the best colors in that box. 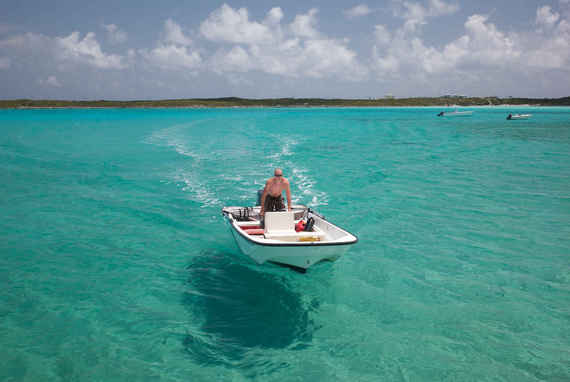 Each of Exuma's 360-plus islands is surrounded by clear, blue, Bahamian bathwater, whether you're swimming with feral pigs on Big Major Cay or wading out into the surf on Tropic of Cancer beach -- so named because it literally runs along the Tropic of Cancer. The color, clarity, and temperature of the water are remarkable, but when the tide recedes to reveal hidden, white sandbars, you can temporarily claim your own private island. 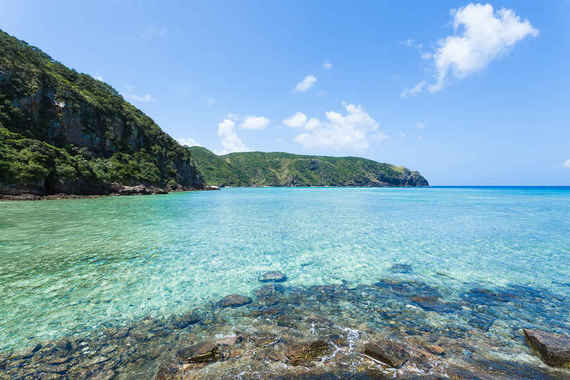 In the decades following WW2, Zamami became a popular destination thanks to its small size and brilliantly clear water. Tourists flock to spots like Furuzamami beach to scuba dive and snorkel among the fish and coral reefs. Folks also come for the chance to spot humpback whales in the spring and winter, whether from sightseeing boats or special observation gazebos. Tourism's so big here, in fact, that 92 percent of the 924 people living on this Okinawan island chain are employed in the tourism industry.

Head to Thrillist.com for 5 more spots with the clearest waters in the world!

The 25 Best Beaches in the World