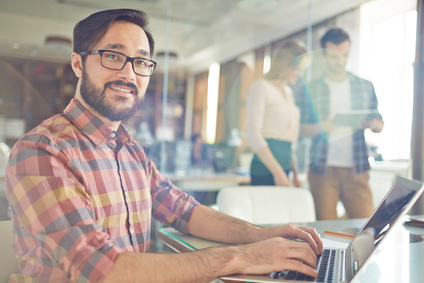 1. Select a Business or Direction

The first step is to come to an understanding of what direction to take. This is primarily one of personal and professional interests. Best practice would be for the prisoner to select an area of particular interest. That way they are motivated and engaged in the idea. A secondary concern is to tweak the scope of the plan to focus on that which is attainable. This means a line of work that the prisoner can reasonably engage in post-release. For example, a service-based business often requires a lot less start-up capital than does a manufacturing-based business. Such realities must be considered.

• Select a business area that is of personal or professional interest.
• Strongly consider a service-based industry.
• Evaluate start-up requirements for resource feasibility.

The second step is to research all aspects of the proposed business. This means reading as many books on the topic as possible, along with as many books on how to start a business or become an entrepreneur as are available. At this point it is time to really delve deeply into every aspect of the business and the required supply chain management. The goal of this phase is to understand the business inside and out, both the internal environment and external environment.

• Learn about all areas of the business.
• Spend time to also learn about small business management.
• Research process of providing product or service at issue.

After a solid idea has been formulated and the required base of understanding and competence has been reached, it's time to research the competition. Prisoners need to realize that their purpose isn't necessarily to reinvent the wheel, but to engage in the type of business better or more efficiently than others. This is done by first researching who else is involved in the same type of business (and which ones are in their proposed areas of operation), then by examining each such business with a focus on emulating what they do well (their competitive advantage) and improving on areas where they are not succeeding.

Following the competitive analysis, it's time for the prisoner to draft the business plan, where they will put on paper what they have learned from the prior steps and how they hope to implement it. This is an important phase because it will force the prospective business owner to think through each step, evaluate different alternatives and approaches, and put in place a plan which will guide them as they move forward post-release from prison. Banks and other lending institutions often require a business plan before they will lend capital. As such, not only will the prisoner better formulate their ideas by developing a business plan, but they will also have the required documents together for if they need to secure additional capital from a financial institution.

• Read a book or two on how to create a business plan.
• Spend several months developing the plan.
• Review the format of a successful business plan and model plan off of it.

The final aspect is to implement the business plan. While prison systems don't permit prisoners to conduct business, this doesn't stop them from speaking with outside supporters to get the ball rolling. This also doesn't stop them from drafting any documents, creating any designs, or engaging in preparatory actions which the business will require. Obviously the prospective business owner won't be able to activate major portions of the business plan until they are released, but steps can be taken ahead of time to prepare for the launch, and by first locating supporters and then securing their buy-in to the concept, the prisoner will in effect have put in place a supportive professional network of advisors to assist them when the day comes for their release and entry into the world of business.

• Share entrepreneurial plan with supporters early on and update them as time goes on.
• Talk to outside supporters to obtain buy-in, along with business and planning advice.
• Spend time while in prison preparing for the launch.