Kelly O'Neil was in her late 20s and in what her father dubbed a "beautiful, cushy job" as director of branding and public relations for well-known corporation. "I was viewed as a prodigy, the Doogie Howser of branding and PR," she told me, when I spoke with her as part of my Art of Mindful Wealth Summit starting in late July.

Even so, despite being in a job she was well suited for, and in which she excelled, Kelly knew there was more out there, and she wanted to go get it. So, she started learning about how to launch her own high-end consulting business, so she could run her own gig -- on her own terms. She took mentors to lunch, devoured books, and upon her launch, Kelly secured two high exposure clients who each paid a $10,000 per month retainer. This was a move that essentially tripled her salary while cutting her workload in half. "I was very clear with my intention," she said. "I was committed to making it work and making more money than I ever had before." 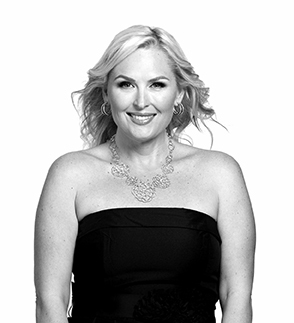 1. Don't be held back by the fears of others. There are plenty of people who want to share their advice for how you should run your life and your business. When Kelly launched her first business, her father suggested she stay put in that "cushy" job. Later, she realized that advice wasn't necessarily about her -- it was about him. "A lot of times when people tell you not to do something, it's because they wouldn't do it," she told me. "It's not within their comfort zone. It's not about you. It's about them and their own fears."

2. Get help when you can't see the big picture. Often, when a person is growing and expanding their consciousness, Kelly told me, it's difficult for them to see everything that's going on. "Often when people come to me, it's when they're in the midst of going through their own change," she said. "When you're dealing with all this internal growth, it's like you're in the forest and you can't see the trees. Meanwhile, I have the aerial view. The same thing happened when I was starting out and decided to hire a coach to help me expand."

3. Be you. Every single person has their own unique experiences, perspectives, and personalities to bring to their businesses. In fact, the thing that makes you You, said Kelly, is exactly the thing that will make your business stand out. "I want everyone to put their own unique thumb print on whatever it is they're doing -- because there's only one you," she said.

4. Find a community of people who will level with you. "We have this culture that embraces and fosters mediocrity," Kelly told me. To grow, we each need to have access to people who will tell us the truth about what's working in our businesses -- and what's not. Even when it hurts to hear. Standing idly by while someone is failing "doesn't serve the person or anyone the person is meant to be serving," she said.

5. Expect uncomfortable growth. Business is a place where it's possible -- and likely, if you're successful -- to experience immense spiritual growth. "In your business, if you have confidence issues," Kelly said, "you'll be confronted to heal that. If you have integrity issues, you'll be confronted to heal that." Everyone is on their own journey and their own path. Whatever it is you need to learn, you'll be presented with the opportunity within your business. It's up to you to decide if you're ready for the challenge.

In the end, said Kelly, having the kind of business you want requires personal growth. "Whatever challenges you're facing are only there for your growth and your benefit," she said. "It's not about anyone else but you."

You can visit me at www.artofmindfulwealth.com learn more about my free upcoming summit and the 28 entrepreneurs I spoke with about how they went about creating lives they truly want to be living.