If life were completely predictable or safe, the insurance industry probably wouldn't exist. But you never know what's around the corner, especially when you're actually driving a car. That's why a minimum amount of car insurance is required in every state.

I don't know about you, but there are many ways I'd rather spend money than on a lackluster car insurance policy. You can't eat it, wear it, surf the web on it, or sleep under it -- although having it can certainly help you worry less and sleep better at night.

Since no one wants to overpay, you should know some surprising reasons why your car insurance rates could climb. Even if you don't get a traffic ticket, cause a car accident, or have a teenage boy in the household, you could end up paying more for insurance for these five lesser-known reasons. 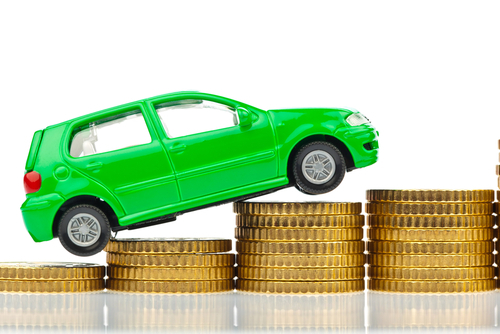 Insurers attempt to forecast how expensive future claims will be, but they can't predict the future. For instance, they analyze the number of claims and payouts made due to events such as natural disasters, crime, and crashes in your neighborhood.

If the rate of car claims goes up, you might see a spike in your rate -- even if you've been the world's safest driver. And if claims drop or get less expensive for your insurer, they might lower your rate when your policy renews. Wouldn't that be nice?

An insurance company might also increase rates to offset economic conditions such as inflation or lower than expected investment returns. Additionally, carriers may boost rates when they need to juice profits or maintain higher cash reserves.

To see real-time data about what's happening with car insurance rates where you live, use the Rate Trend Tool at insuranceQuotes.com, a leading insurance data aggregator owned by Bankrate.com.

Insurance is regulated almost exclusively by individual state governments. Each has its own set of laws that insurers must follow in order to write policies for its residents.

Your state's department of insurance may approve a new rate plan for all drivers. It could pass a regulation that excludes insurers from using certain types of consumer information when setting rates. Or it could raise the state's minimum insurance requirements.

Even if you relocate in-state, you might move to an area with higher accident risk or more crime, which could cause your rate to skyrocket. For instance, a 2013 study of California car insurance premiums found that rates for Los Angeles residents could vary by as much as 33 percent as a result of moving to a different ZIP code within the same city.

Most consumers don't realize that credit affects much more than whether you can get approved for a jumbo mortgage. The majority of carriers in most states use data from your credit reports to set home and car insurance rates.

Having negative information in your credit history -- like late payments, having an account in collections, maxing out a credit card, or taking on too much debt -- may cost you. A 2013 study on how credit affects car insurance premiums found that drivers with poor credit pay as much as 91 percent more than those with excellent credit. Even having a middle-of-the-road credit score means you'll pay up to 24 percent more.

However, not all carriers use your credit information the same way. To learn more, read Credit and Your Insurance Score: What Every Consumer Should Know (a PDF download). The bottom line is that if you're having financial trouble that shows up on your credit reports, it can cause your insurance rates to rise at a time when you can least afford it.

When it's time to buy a new car, don't forget that the make and model you select affects how much you have to pay for insurance. A racy sports car costs more to insure than a kid-hauling minivan. Not only does it attract a different type of driver, but it's typically more expensive to repair or replace.

Your rate could go up if your new ride is a fan favorite among car thieves. Some of the most-stolen cars include mid-90s Honda Accords, Honda Civics, and Toyota Camrys. Why? Their parts are in high demand.

Choosing a car that doesn't ace safety tests could also cause you to pay more for insurance. Safety technology such as side air bags, rear-view cameras, and crash-resistant designs can earn you money-saving discounts.

Reason #5: You lose a discount

And speaking of discounts, your car insurance rate could go up if you lose a discount that you didn't even know about or that no longer applies, such as:

• Bundling car insurance with other coverage, such as home
• Insuring more than one vehicle with a carriers
• Not having a lapse in coverage
• Paying your policy in full, instead of in installments
• Being claims-free
• Having a clean driving record
• Receiving a promotional discount for switching carriers
• Driving low annual miles

The good news is that since car insurance rates aren't fixed from carrier to carrier or even from month to month, you can always shop around for a better rate. It's easy to get free quotes online using an insurance aggregator such as NetQuote.com or insuranceQuotes.com.

In fact, if you're not shopping car insurance at least once a year, you're probably leaving money on the table.