While our brains do lose volume over time, the good news is that your brain is a machine -- capable of regrowth and the ability to learn new things throughout your lifetime. But exercising your brain and whole body are crucial. Here are some unique ways you can ensure your brain stays sharp as you get older.

Besides improving your flexibility, hatha yoga also has been shown to help you relax while boosting brain function. A 2014 study of over 100 adults age 55 and older found that people who practiced hatha three times a week for just eight weeks saw improvements in cognitive function and concentration. Hatha yoga requires students to focus on breathing and control, which is why it might just help you focus better.

Diet also plays an important role in maintaining your brain health. Certain herbs and spices have been shown to benefit cognitive health and memory -- particularly those found in curries. Turmeric -- the spice known for its bright yellow color -- is among the beneficial spices. Not only does it have anti-inflammatory properties, but it also has been shown to help destroy the plaques in the brain associated with Alzheimer's disease. And if curries aren't your thing, then you can try rosemary. Rosemary, too, has been found to help your memory, with studies showing that the scent alone can boost memory function.

Never underestimate the power of clearing your head in today's hectic world. Meditation not only reduces stress, boosts happiness and increases self-awareness -- turns out, it's pretty good for your memory as well. A Harvard study found that by meditating three times a week for half-hour sessions, participants had more gray-matter density in their hippocampus (that's the brain's memory center), in just eight weeks.

Instead of playing a game on your phone, consider doing the crossword puzzle in the paper or try your hand at a Sudoku. Mind-bending puzzles like these exercise your brain through memory recall -- remembering those random facts, pop culture trivia and more-- logic and problem-solving. A 2012 study found that people who had a lifetime history of keeping their minds sharp with puzzles, reading and playing games were far less likely to develop the brain plaques associated with Alzheimer's disease. NYT crossword puzzle-maker Will Shortz told The Huffington Post in a recent interview that crosswords exercise most parts of the brain.

The game undoubtedly tests your reflexes and requires you to react instinctively -- and fast. Ping pong is said to engage several parts of the brain and studies have shown that it can even improve blood flow in the brain and potentially stave off dementia. It's no wonder it has been called a "brain sport" or "chess on steroids." 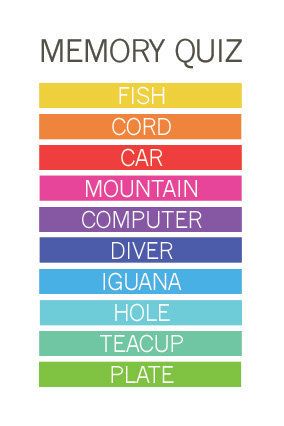