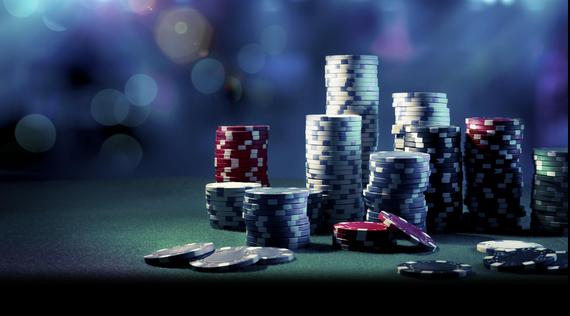 At first glance, it is easy to dismiss poker as a silly game that middle-aged men play at their weekly guy's night to one-up each other and earn some treasured cash winnings.

However, first appearances can be deceiving. Hidden beneath the exterior of clattering multi-colored chips, continuously rising cash pots, and the so-called animalistic thrill of gambling, poker is actually surprisingly complex.

After all, a game frequently associated with instilling gambling addictions and instigating money problems isn't as primitive as it seems; winning takes serious strategy and smarts.

It's no secret, then, that mathematical knowledge can result in poker prowess, but what else does the game require? Even more, what can it possibly teach?

Although it is not instantly obvious, poker does in fact offer valuable lessons about conducting business.

Here are 5 entrepreneurial takeaways from the pinnacle of competitive poker, the World Series.

It may seem not worth stating, but at their cores, business and poker are both about competition.

With a current number of over 65 events and an ever-growing number of participants in the World Series, competitive poker is as contentious as ever. In addition, thousands of competitors gather every year at the WSOP (World Series of Poker) to play their cards and potentially win their way to a multi-million dollar grand prize.

There is a lot at stake, as a myriad of people compete with the same goal in mind. So it is only natural that the spirit of rivalry fuels the atmosphere of the poker championships.

In the same way, businesses are all vying for a single valuable thing too--consumer interest (especially Gen Z's attention). With entrepreneurs, corporations, and companies all set on the same goal, the business atmosphere is equally, if not more, heated than that of WSOP.

Although it's true that the WSOP is a massive tournament that only keeps getting more and more immense, different types of poker are always being included.

This diversification of tournament play results in a division of the overall competition into multiple sub-competitions. However, the added variations of poker don't detract from the structure of the overarching tournament. Rather, they change the dynamic of the competition ever so slightly.

Even though the overwhelming majority of games played at WSOP is Texas Hold 'Em and close variants, the existence of different modes of play at all creates smaller, more intimate struggles for superiority.

Simply put, it creates closer rivalries between the players who want to be the champion of a specific event.

Similarly, not all businesses are the same, and not all entrepreneurs deal in the same market. Differences between markets create smaller immediate rivalries, and also allow people who do business to see themselves as more involved in the whole process, rather than being eaten up by the immeasurable amount of different companies in the world.

Thus WSOP can teach entrepreneurs to value their role in business, instead of seeing it as insignificant in the grand scheme of things.

It has been said before that poker requires mathematical know-how to really break into the ranks of the professionals.

For example, being able to count cards on the fly as a game is underway is a critical part of so many poker players' success over the years. Aside from having a solid memory, this feat requires careful, meticulous and ultra-specific calculations: how many aces have been played, whether or not the guy on your right may have the queen of diamonds, and so on.

Thus, poker demands that a lot of its top-notch players know the deck of cards, static or constantly and quickly changing, like the back of their hand.

If businesses understand the market's playing field in this same way and applied the same careful assessment of other businesses' decisions (hands played, if you will), advertising and efforts to win over consumers would be much more extensive indeed.

Entrepreneurs can learn from WSOP the potency of studying competitors and their marketing choices very closely.

Unless you have a good poker face, deceit and lying is generally an avenue into some pretty hairy situations. Luckily for poker players, they are all very seasoned in the art of evading emotion and hiding any clues about their cards.

This deception ensures that other players can't get the upper hand on them by deducing what moves they planned, and entrepreneurs can adopt the same principles that poker players do, such as putting on a poker face or keeping their marketing plans and PR objectives in the dark.

Companies do not necessarily need to decrease their advertising presence because that could be largely detrimental to their business. However, they can be a little more sporadic and unpredictable when it comes to marketing, so competitors can't keep up as consistently.

In short, businesses can learn from WSOP the importance of deceiving their competition, even if this course of action is a little sneaky.

Since the beginning of the poker championships in 1970, there has been a long line of different victors in the ever-growing tournament.

Sure, there have been some repeat winners. However, repeats usually occurred only when there were fewer entrants, and the world champion has still changed several times.

As a result of the increasing level of competition in WSOP, no one dominates forever. There have been too many players involved for that to happen. As evident by now, businesses run in very much the same way that poker does.

No single corporation consistently stays on top of the rest. Positions change as companies grow and adapt to a changing marketplace and consumers who are becoming more and more aware of the goods and services available to them.

The most important lesson businesses can learn from WSOP is that, no matter the state of competition or their marketing prowess, there is a part of the market that is merely uncontrollable.

There is no single way to guarantee dominance year after year. All businesses and poker players can do is to perfect their conventional skills, understand the structure around them and adapt as that structure morphs.