Beer is America's favorite alcoholic beverage, and for good reason. Beers are thirst-quenching, pair well with all kinds of food and with so many different varieties, give us plenty of refreshing reasons to catch up with friends over a round or two. But what is beer exactly, and what's the difference between bottles, cans and drafts? Whether you've just begun your beer education or are already a devoted fan, here are the top things every beer lover should know.

Beer is one of the world's oldest beverages, possibly dating back to the early Neolithic period when cereal grains, including barley, millet, rye and wheat, were first farmed. Beer is brewed when a starch source (like grain) is steeped in water. The resulting sweet liquid is then fermented with yeast. 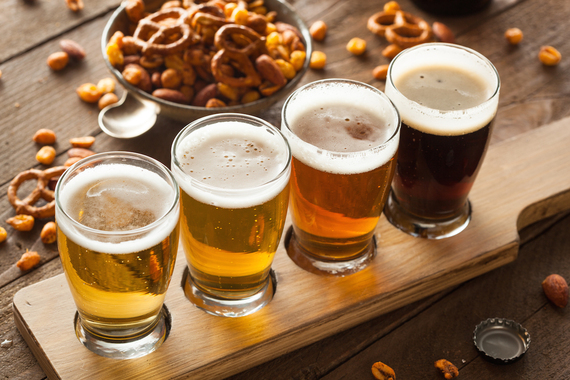 In a nutshell, for a drink to be called "beer," its main ingredients must be water, a starch, brewer's yeast (the microorganisms that convert sugars into alcohol) and hops (for flavor). Fun fact: during the Middle Ages, beer was consumed daily by almost everyone, including children, since it was safer to drink than most water due to the hours of boiling required in production.

2. Are cans or bottles better?

Most beers you can buy at the grocery store, liquor store or corner bodega come in cans and bottles. The vessels are high-quality storage units, but unless labeled "unfiltered," much of the yeast is cleared out by the filtering that happens in the packaging process. While this kind of purification may be desirable to some, to others, the yeasty-ness is just part of a beer's character and therefore, highly desirable. It's really up to your taste. 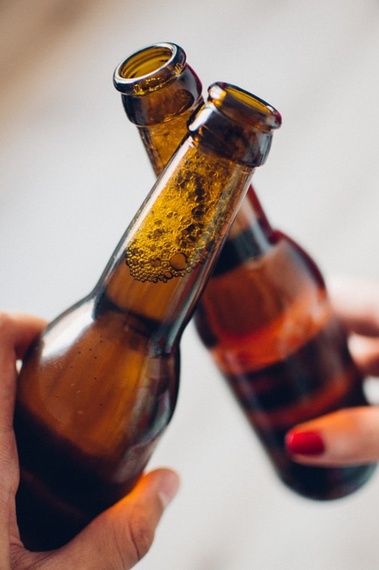 Bottled beers do, however, tend to retain a bit more yeast. So then, are bottles better than cans? Again, it's the drinker's preference. You be the judge.

Draft beer, also spelled "draught," is beer served from a keg or cask rather from a bottle or can. The part of the bar or restaurant menu that's "on tap" -- those are your draft beer selections. The bartender need only pull on a specified handle over a mug or glass, and voila! Your cold one is served. 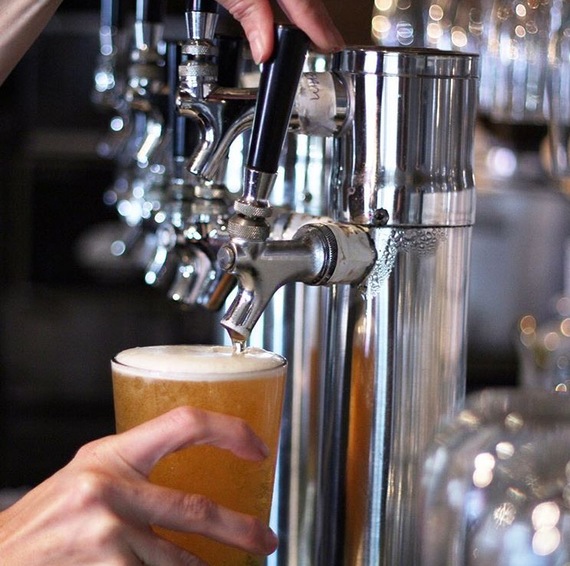 At Flores + Sons in Los Angeles, a variety of draft beers are available to pair with the market-driven Southern dishes.

The words come from the Old English "dragan" meaning "carry" or "pull" and developed into a series of related words including "drag," "draw" and "draught." "Draught" is the preferred spelling in the UK, Ireland, Australia and New Zealand, while "draft" is more common in North America, though it can be spelled either way. In both cases, the pronunciation is the same (and rhymes with "craft"). 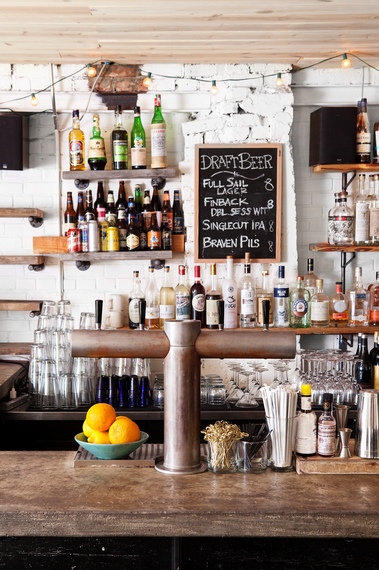 At Maiden Lane in NYC, the bar area features that restaurant staple -- a chalkboard menu of draft beers -- to accompany the fine European seafood, cured meats and sandwiches.

Compared to beer from bottles and cans, drafts are often considered tastier. Why? Because it's stored in kegs or casks, draft beer is not exposed to as much air (which causes a degradation of taste a.k.a. oxidation) or light (which causes light-induced bitterness -- the reason why beer bottles are dark). Draft beer is also not pasteurized (heated to kill bacteria), so more of the original, fresh flavor is retained. 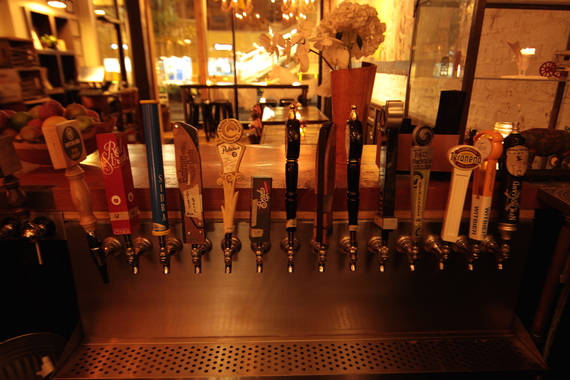 More than 28 craft beers (and Michigan wines!) are on tap at Farmhouse in Chicago. In fact, "on tap" beverages have become popular at spots looking to expedite service at the bar, with everything from house-mixed cocktails to crisp ciders as easy as a quick pull handle away.

Thirsty for more? Follow us on The Huffington Post for upcoming articles covering everything you ever wanted to know about beer. Cheers!