Some people and places may never be the same since Hurricane Sandy hit the northern Atlantic Coast on Oct. 29, 2012. The lingering effects include lives lost and irreplaceable mementos. Barrier islands were changed forever. But the vulnerabilities revealed by Superstorm Sandy could also help make the East Coast better prepared for the next big hurricane.

Superstorm Sandy was a "post-tropical cyclone" — not a hurricane — when it pummeled the northern Atlantic Coast. This meant responsibility for storm warnings had shifted from the National Hurricane Center to the National Weather Service and its fleet of local weather offices. Instead of one unified message, there was a flurry of individual warnings from the weather offices, resulting in widespread confusion about the nature of the threat from Sandy, according to an assessment by the University of Pennsylvania published in November 2012.

Now, the National Oceanic and Atmospheric Administration (NOAA), which oversees both agencies, has changed its policy. Even if a massive storm like Sandy drops below the tropical-storm category, the National Hurricane Center can still issue storm watches and warnings.

Barrier islands are the long, thin offshore islands that help protect the mainland from a powerful beating by storms. Superstorm Sandy pummeled barrier islands in New York and New Jersey. New York's Fire Island lost more than half of its beach and dune sand. In Mantoloking, N.J. (a borough of Ocean City, N.J.), almost the entire dune vanished from the borough's barrier island. Waves also breached, or cut through, islands in both states. 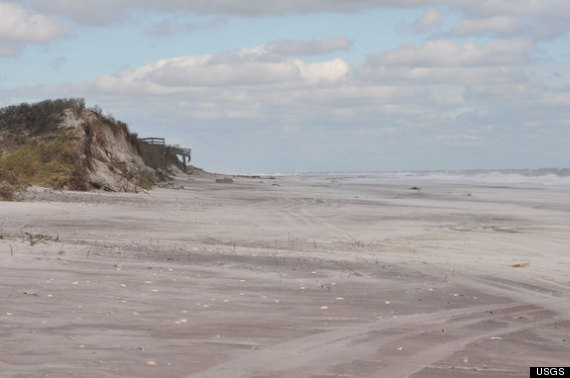 Drowning poses the highest risk of death during hurricanes. New evacuation zones in New York City and new storm-surge maps for the Atlantic and Gulf coasts will help save lives in the next storm.

In July 2013, the U.S. Geological Survey released a new assessment of coastal vulnerability to storm-surge flooding and erosion from hurricanes.

Immediately after Hurricane Sandy, New Yorkers who still had power snaked extension cords and power strips out their doors and windows so strangers could charge their phones. A lifeline in the days following the storm, these impromptu charging stations are now a permanent feature. AT&T began installing solar-powered charging stations in June 2013 at 25 parks, beaches and other popular outdoor spaces throughout the five boroughs.

Some people will never move back home — their houses were on sand washed inland or taken out to sea. Others have accepted federally funded buyouts, including 300 homeowners on New York's Staten Island who have agreed to a permanent move. They will sell their homes, which will be razed and converted into a park or back to marshland.