A month or so ago, I stopped seeing a much younger guy. Because he's only 23, I went into it without any expectations. For the record, a) neither of us had any idea about our big age difference when we first met and liked each other, and b) apparently, I would be considered a puma and not a cougar, thank you very much. But the thing that really surprised me is that something about the short-lived experience changed me... through it, I had some very profound realizations about myself, love and dating.

1. Life goes on after a breakup.
He and I had a talk early on about the fact that it was obviously going to end at some point, because we're just at such different places in our lives. I decided to get into a relationship with him anyway. And, not only was I super happy, it also proved to be one of the most drama-free, stress-free dating experiences I've had in years.

I realized that I chose to get involved because I knew I'd be OK when he and I did decide it was time to move on, because I've always been OK in the past. Granted, some endings are more painful than others, but as I've gotten older and been involved in more relationships, I have learned that the ending is for a good reason, and that my life absolutely goes on -- usually with me having learned something about myself and taking with me new memories and experiences. But, most importantly, I realized that I have learned from my life that the rewards of truly connecting with another person -- even if for a limited amount of time -- are always worth it.

2. Don't spend your time worrying about where it's going.
I think one reason it was so stress-free and enjoyable is because I was present in each moment. My energy wasn't spent worrying about whether it was going to go anywhere and when/if it was going to end. It was spent simply enjoying our time together. As much as I hate to admit it, when I've gone into dating someone in the past who I thought had the potential to be something serious, I've started putting pressure on it. I think a lot of people can relate to that. We become so caught up in the idea of what that relationship could be rather than getting the chance to see if that person or that relationship is something we even want. When there's no pressure on it, you can simply spend your time enjoying each other, getting to know each other and allowing it to unfold naturally.

3. Just be yourself already.
If you're not worried about it ending or where it's going, then you're not worried about doing anything that might mess things up, so you're just completely yourself, like I was with him. I didn't follow any "rules;" I said exactly what I felt like saying (in fact, I was incredibly honest and straightforward), and did exactly what I felt like doing. It was very freeing, and is one of the reasons, I think, we had so much fun together (I'm sure the fact that he's incredibly laid back didn't hurt, either). I am definitely carrying this with me as I move forward in my dating life. Because the truth is, you can't build an authentic relationship if you're not authentically yourself.

I have learned from these things that the only way -- I now believe -- to build a genuine relationship is to be in the moment and to be fully ourselves, without the constant fear about where it's going to go or if it's going to end. This doesn't mean not to be clear on what you want from a relationship or partner, no way. It just means managing the age-old paradox of staying true to what you want big-picture for your life while still being present in each moment and not attached to the outcome. Not only is that the way for it to grow, but also the only way you can truly get to experience the joy of real connection with another person.

4. Sometimes, it really isn't you... it's them.
This is a realization I've been fighting against accepting for years. I have spent way too much time making excuse after excuse for men I've dated, thinking that if I were just better or more awesome, or if I waited long enough, he would become "ready" for the same things that I am ready for... and then blame myself when he still wasn't. But finally, through dating this younger guy, it sunk in -- it's actually not about me!

When two people are just in different places in their lives with regards to relationships, then it's just the way it is, and there is nothing you can do about it. This also relates to someone's issues or emotional blockages. Many people have blocks around emotional intimacy and commitment and are literally just not capable of it... and, again, that honestly has NOTHING to do with you. It's their stuff. It doesn't matter how intense and magical the connection between the two of you is -- and you could be the most amazing, sexiest, coolest, smartest, funniest woman alive (and he may tell you that, and honestly mean it, but still not be able to show up for you the way you want) -- you can't do anything to change another person's emotional, mental or physical availability.

I'm so glad I finally learned that if the kind of relationship you want with someone isn't possible because you are at different places in your lives (again, it could be emotional), it is not because there is something wrong with you. And you have the power to decide whether or not the situation is acceptable for you and choose how long you want to hang around in it.

5. I'm ready to make better choices again about who to share my
(still open!) heart with.
This is the best thing I learned about myself from this experience, and the way that I really walked away changed. Almost a year and a half ago, I got out of a very serious and very loving relationship, one which I had put my whole heart into. Since that breakup, I've been all over the place, pretty much going from one guy to the next, not really making the best choices; probably, on a subconscious level, as a form of protection. But, ironically, through choosing to get involved with yet another "inappropriate" guy, I came full circle back to my heart. It made me realize that while many people choose to shut down and close their hearts forever rather than feel pain again, I'm ready to not only open mine and share it with someone once more, but to also make better choices in who I'm going to share it with. Dating this much younger man made me see that I'm ready and open for something real again. And that's the best lesson of them all. 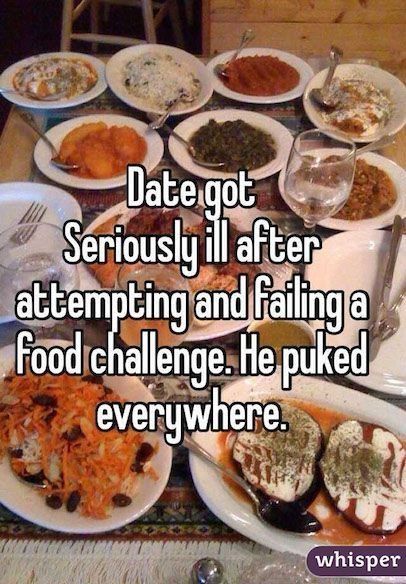