What gets in the way of my son, who has Down syndrome, being accepted and included is often ignorance about children with disabilities, along with misplaced pity and fear. What I wish others understood about my son would make a real difference in his life.

1. My son is a multi-faceted child.

The two most common descriptors of children with Down syndrome I hear are "happy" and "stubborn." Sure, my son can be both of these, as I can be and really every human being on earth can be. I don't find him to be more of those things over anything else.

If anything, his humor -- albeit child-like and boy-centric -- is the hallmark of his personality. He's 8, so I will cut him some slack. He likes to walk around the house strumming his ukulele and composing songs organically. His most recent composition was titled "Everybody Farts." The lyrics were an enumeration of everyone by name or title who farted: Mommy farts, daddy farts, Coco farts, etc. Did I wish he would have stopped singing it when the landlord came over to check on a leak? Yes, I did desperately wish that to no avail. Was I eternally grateful he did not incorporate the line "The landlord farts"? Yes, I was.

He is curious and bright. This year, we began home school. He has surpassed even my elevated assumptions about what he was capable of. My son is reading, learning math, handwriting, spelling and all the things other children learn.

He is a gifted photographer, but like all artists, he doesn't want to hear about any of his mother's "ideas" of what to take photos of.

Thorin is probably a lot like your son. He loves baseball, The Avengers, playing UNO, talking about farting, taking pictures, learning and having friends. 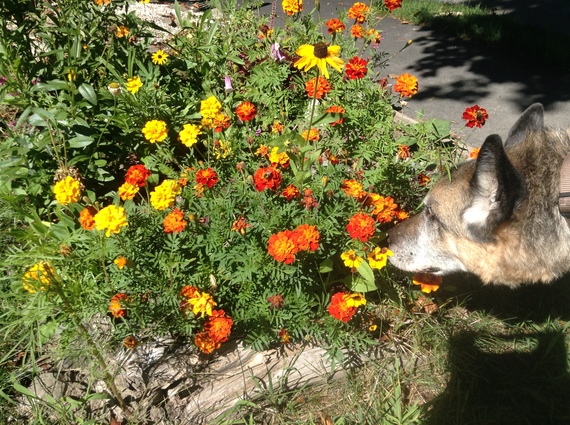 When most people see Thorin, they think he is slow, dependent and not capable of complexity. We are a society that values doing everything fast. That world is a hard place for my son, who needs more time to process almost everything. He takes in the information, but registering it and integrating it takes time. If he is nervous or upset, it takes even longer. If people could be a little more patient, they would get to see who Thorin really is.

Thorin has speech apraxia, which means he has fully-formed thoughts in his head, but has difficulty communicating them. If he wants to see his best friend Ella, he will say to me: "Ella!" I'll ask, "Give me the sentence -- what about Ella?" He'll respond, "I want Ella play."

If I try to encourage him to elongate a thought with others, often, I hear: "Oh, that's OK, he doesn't have to," or "What did he say?" My son invariably crumples.

We could all benefit from just taking things a little less fast and making sure everyone is part of the conversation.

3. My son does not enjoy mascot status.

I was terrified about him being bullied when he started kindergarten a couple years ago. I was happy to discover he was literally embraced -- as in, hugged by his classmates. One day, he was late to class. When I walked in with him, we were actually mobbed by the entire class, who were thrilled to see him. I thought that was endearing and sweet. What I came to understand from my son is that he found it frightening, overwhelming and babyish. As his mother, I was so happy he was not being bullied that I was negligent to the fact he was being killed by kindness.

My son is constantly reminding me he is a "Big boy." He is quite aware of when he is being treated as less than his chronological age and doesn't like it.

I cannot afford to have a mascot around the house, anyway; I need help. So, he is expected to clean his room, put his clothes away, do dishes (not just his), walk the dog, make his breakfast, help with all other meals and basically whatever he can to help this household.

4. There will be no extra credit for helping my son.

Aside from being picked up and hugged, the thing my son likes least is being helped when he doesn't want it or when he didn't ask for it. I was with Thorin on the playground convincing him it was time to go into the school. Three children took it upon themselves to help: one grabbed Thorin by the arm, dragging him, while one yelled, "You have to go now!" and the third was trying to put his backpack on him. I stepped in: "Stop, please! I'm the mother. This is not your job."

Two different parents reached out to my husband and me at the school to let us know their children wanted to help Thorin. This extending of "friendship" felt more like outreach and it was accompanied by a lot of smiling and exuberance. "Isn't it great? They really like him!" I got the feeling I was going to be asked to write college references for these kids someday.

Thorin and I did a class presentation together where he told his classmates how he felt about everything -- the hugging and the helping.

I often see my child ignored in group settings. Whether we are at the park, beach, library, a party or anyplace there are other children who may or may not know each other. He constantly tries to reach out by saying: "Hi!" or "Hey boy!" This effort is mostly not reciprocated. I have had parents not meet my eyes when I beseech them with mine to do something. This is different than "mascot status" or the "helping friend." This wish is about the social contract all of us benefit from being included as an equal.

When I was kid, if we were somewhere and a kid was on the sidelines, one of my parents would inevitably come over to say this: "Hey, see that kid? Go include him (or her)."

Including everyone is an important ideal. It is one I work to instill in our son.

On the whole, the most profound limitations people with Down syndrome have faced have come from others. In the not-too-distant past, people like my son were institutionalized, refused adequate health care and not allowed in school. Changing those conditions has more than doubled people with Down syndrome's life expectancy and has resulted in individuals who not only finish school, but may go on to a post-secondary education, independent living and even marriage.

My plea -- because that's what mothers are want to do is "plea" -- is that you take to heart my wish list and help the next generation understand that my son has the same need to belong as your child. 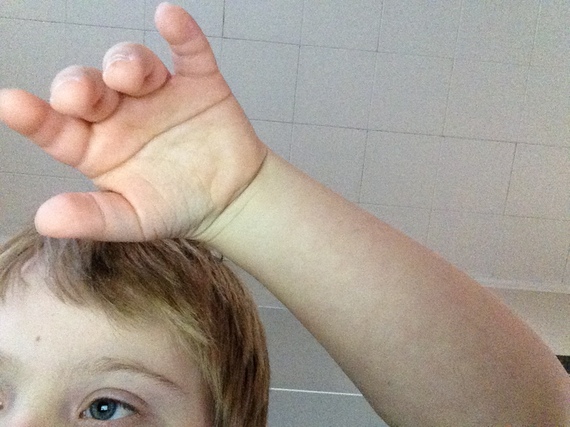 Kari Wagner-Peck authors the blog: a typical son and you can follow her on Twitter @atypicalson This post was originally published on Love That Max in a slightly different version.