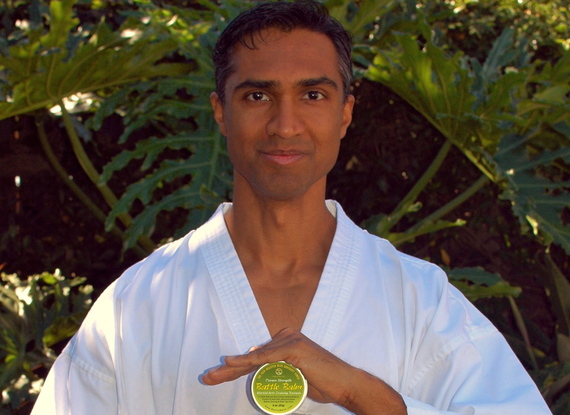 After leaving college with a degree in hand, I would have never believed that I'd be in my current position a decade later. I'm now an entrepreneur, selling my product on Shopify.

I was an electrical engineer and I had the paper to prove it. I would have scoffed at the idea of anyone labeling me as anything else. Engineering was going to be my career and my safe, well-trodden path towards retirement.

But after two years in the industry, I found myself increasingly unhappy. I changed jobs but the negative feelings followed. It wasn't until the third change of jobs that I seriously considered that the job wasn't the real issue.

I was bored. Most of the engineering work was intellectual and challenging, but I found none of it inspiring. I was employing the cognitive side of my brain, but my creative half was atrophying. I literally felt incomplete.

I wasn't excited to wake up and go to work. I would burn my vacation days as fast as I was collecting them just to avoid the office. I went through the motions with hope that if I gave it a couple more years, something would click and I'd start to enjoy my work.

To my friends and family, I tried to appear content. But deep down, I fought severe depression and confusion about why my life wasn't fulfilling. I had seen the plan for success: study hard, find job, work hard, save money, retire comfortably. My parents had followed that plan and it clearly worked for them. I wondered what I was doing wrong. I felt like I was failing them and myself miserably.

The turning point came on one of my oft sleepless nights. I made a decision to change my career, and hence my life, and pursue a path that actually meant something to me. I quit my job, entered a graduate program for acupuncture and oriental medicine, and began down a road that led me to where I am today.

Now my days consist of doing something that makes me beyond happy. It makes me complete.

Of course, it took a bit of effort to get me to roll the dice on myself and take the entrepreneurial leap, but I've never looked back. Today, I get to use both sides of my brain to examine and help people in physical pain find relief using natural healthcare solutions that I sell on my Shopify store.

I wouldn't say I'm an expert at entrepreneurship, but I often think that if someone had just told me that I had the power to control my own happiness, I would have taken the leap much sooner.

Here are five things I wish someone had told me about entrepreneurship:

1) Believe in yourself. Don't just believe that you're going to succeed. Believe that you'll get through the failures and come out wiser and stronger.

2) Find your passion. What makes you get up in the morning? What motivates you to keep thinking, learning, doing, and improving? When times are tough, passion keeps your heart in the game and wills you to find that inner strength to continue, even when your head is ready to give up.

3) Surround yourself with supporters. Being an entrepreneur can be a lonely experience. You'll find many people that believe your risk-reward calculations equal foolhardiness. These are not the people you want in your corner. Find those that care about you and support your willingness to take a chance on yourself. Venturing out on your own is already stressful enough without the naysayers.

4) Work hard. Unless luck is in your pocket, rolling the dice on yourself isn't going to jackpot right away. Few businesses start off wildly successful. Many more businesses take diligence and strong work ethic to build. You must be prepared to work hard to reach your goals. If entrepreneurship was easy, everyone would be doing it.

5) Don't let anyone tell you what you can and cannot do. What's possible and impossible in your own mind is always going to be correct. If you have an idea and everyone thinks you're crazy, then maybe you are. But don't forget, it's the crazy ones among us that advance us as a species. Imagine what the world would be like if we all believed that guy who said man would never fly.

Dylan Jawahir is an American entrepreneur and inventor who has run multiple businesses in the alternative health industry. Jawahir has a diverse background that includes a Masters degree in traditional Chinese medicine, as well as dual Bachelor degrees in Computer & Electrical Engineering. He has a vast knowledge of pain management using natural methods and he specializes in injury and trauma rehabilitation of acute and chronic pain at his acupuncture clinic, August Point Wellness. Dylan has published articles on acupuncture and massage therapy both on the web and in print. He also acted on the Board of Directors for the California State Oriental Medicine Association and was a co-editor of Massage Therapy at All Things Healing. His philosophy is that a balanced mind and body are necessary for optimal health. Mr. Jawahir currently operates August Point Wellness, an acupuncture and massage clinic which oversees two brands, Sciaticare™ and Battle Balm®.