We know you mean well and you're just trying to make us feel better, but there are some things single women just wish they didn't have to hear.

1. "Why are you still single?"
There's no good answer to this question. Why am I single? I don't know. Maybe... Because I just am? I'm not being sarcastic, it's just that I honestly don't know what to say.

I know you probably mean this question as a compliment -- you're trying to tell me I'm attractive or kind or have some other quality that's appealing, but if that's the case, just tell me I'm pretty or I'm kind or, really, anything else.

Just affirm me for what you see instead of interrogating me about why a man didn't see it, too.

2. "He's missing out."
I'm 36 and single, which means I've dated (and, unfortunately, broken up with) a number of men. After each breakup, many, many people have told me that the person I broke up with is missing out.

This sentence has never made me feel better. Not even for a single second. I always want to say, "I don't care if he's missing out. I'm missing out right now."

Even if the other person made a mistake or took me for granted or wasn't long-term relationship material, and even if I'll be better off without him in the long run, for now, I'm the one who no longer has a plus-one for the wedding next month or a date to the symphony or a vacation buddy or a dinner partner or someone to have intimate conversations with.

I'm the one who's missing out.

3. "Your biological clock must be ticking."
For the love of everything holy. I am neither a clock nor a time bomb. How could you possibly know how strong my desire to procreate is, and why is it any of your business?

I am not ticking, but I am definitely ticked. 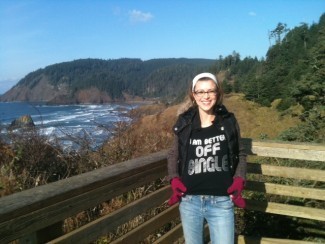 4. "You're too picky."
This usually comes from people who don't know me well at all, have no idea what I'm looking for in a potential marriage partner and have never met anyone I've dated.

The fact that two people are both single do not make them perfect for each other. There are lots of other variables that factor into the equation.

Let me just say this: If I turn down a man who lives in his grandma's basement, smells like rotting garlic, hasn't shaved since President Obama won his first election, has fingernails longer than mine have ever been, can't hold down a job for more than a month and thinks that speaking Klingon makes him bilingual, that's not being "picky" any more than you saying you're hungry and then refusing to eat a moldy cheese sandwich is.

5. "You've gotta get out there more."
I have attended college, two grad schools, church, conferences, blind dates, speed-dating events and singles mixers. I've signed up for several online dating sites. I went on more first dates last year than most people will go on in a lifetime.

Please don't imply (or explicitly state) that the reason I'm single is because I'm not trying hard enough.

Plus, research has shown that 63 percent of married couples meet through mutual friends. Not at bars or coffee shops or on dating sites or wherever else it is you think that single people cross paths.

The majority of couples meet because their friends introduce them to each other. So I'm not single because I'm lazy; I'm probably single because of you. It would be more helpful to us single women if, instead of telling us to get out there, you'd host a cocktail hour or a game night or a dinner party and introduce us to some eligible bachelors you know.

And on a personal note, if you're a friend of mine, I'd just like to say... Seriously, why are you still here? A full 63 percent of my future happiness is resting squarely on your shoulders. So stop reading this, call all the single men you know and hook a sister up.