There is something about being a parent that makes us live very much in the moment and not think too much about the future -- let alone truly imagine what our children's lives will be like in 10, 20, 30 years down the road.

Yet these days, scientists and other experts are routinely presenting us with forecasts of the near future as a wildly chaotic one made up of more extreme snow and historic drought, unprecedented heat, a vanishing Arctic, super storms that flood major cities, rising seas that put the most coveted coastal homes under water and cause small island nations to disappear, and severe food and water shortages. It is a dizzying array of happenings that are hard to knit together into a coherent narrative, and hard not to shrink from because they seem so beyond our influence.

And still, as parents, we have routinely faced things we never thought we would and risen to the challenge time and again. So, what if we ask the elephant-in-the-room question: How do we raise children for a world in which, as the experts put it, the "new normal" is not normal at all?

This is clearly a big question that deserves deep consideration. But in the interest of simply beginning a conversation, here are five modest ideas. They don't presume that most parents will become political activists and take on the world. They are simply ways to begin to think about parenting and climate change in the same breath. 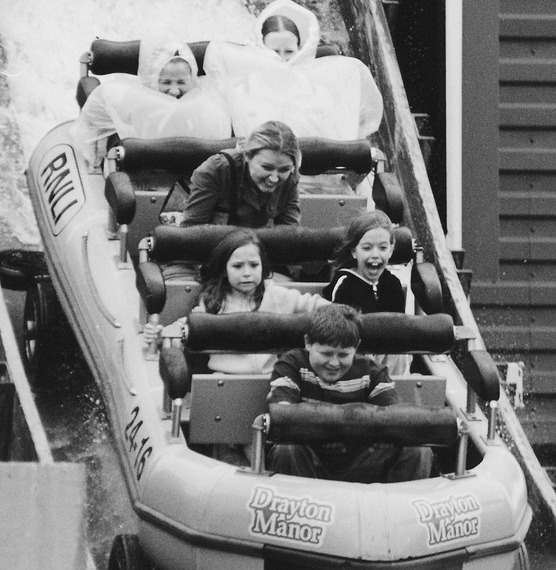 1. Know you can deal with this.

Even if we recognize it is happening, many of us don't want to think about it -- or at least not for long. It's so big, and we seem so small in comparison. "Flight" seems the more fitting response than fight. And if you really think about it personally -- in terms of how climate change might affect your children -- it may feel like more than you can bear. Certainly, I know I've had my moments of sheer terror, followed by, Oh shoot, I forgot to buy milk... because that's life, too; and I don't know about you, but when something seems like more than I can handle, I tend to focus on something small and manageable. But I have also learned, especially from meeting and talking with hundreds of parents like me, that we can find our own way to let in the truth that climate change is a risk to our children-and move forward from there.

2. Know that you can't know for certain what the future will hold, but you can know that the "new normal," as the experts say, is no normal at all -- and preparing your children for that should be your focus.

The first time I came across Alan Watts' book, The Wisdom of Insecurity, I thought it the most ridiculous title I ever saw. But it was also intriguing because of that interesting phenomenon of feeling most alive when we don't know -- really don't know -- what will happen next. Because climate change encourages us to recognize that we are entering a very new stage of life on Earth that none of us have lived through before, it also invites us and our children to experience that vitality perhaps more than we do now. I do not mean to be glib about this. But this seems to me a piece of the truth -- even as we need to help our children develop the self-reliance, resilience and a sense of belonging they will need to deal with the uncertainty ahead.

3. Know that cultivating self-reliance, resilience and a sense of belonging will do your children good, no matter what happens.

Suppose some brilliant people figure out a solution to climate change, and other brilliant people figure out how to put those solutions in place. If you've taken the time to prepare your children for an uncertain future -- which let's face it, can be caused by any number of factors -- one thing we can count on is that their development of self-reliance, resilience and a sense of belonging will contribute to their well-being.

4. Know there are ways to fortify yourself as you think about preparing your children for a changing world, and that you will need to do them.

I have spent the past 10 years thinking about how climate change could affect my children, and what I as a mother want to do about that -- and I've learned that, sometimes, the most important thing I can do is stop thinking about it, and simply relish taking my youngest son to his baseball practice, taking my oldest out to dinner or making them pancakes on a Saturday morning. I've also learned that deeper sustenance -- whether it comes from spirituality, art, gardening or whatever nourishes you -- is also called for. The point is you must take care of yourself and not be so serious for so long you are not even good company to yourself.

5. Know that there is good and bad in everything -- even in facing the reality of a changing world and a changing climate.

Anyone who has experienced a break up, a death in the family or any other significant loss knows that even in sadness and grief, we often discover some light in the dark, some wonderful deepening that we likely would not have experienced any other way. And I have found that to be true in thinking about our changing world, as well. After all, it is when we no longer take something or someone for granted that we most deeply feel the preciousness of this passing thing called life.

Clearly, these are only a few simple thoughts about a big complex issue. But I have found the inch-by-inch approach on this topic helps.