President Obama's budget proposal for the 2013 fiscal year would beef up spending on higher education. Appropriately, he unveiled it at a community college in Virginia on Monday.

Obama's budget would increase Education Department spending to $69.8 billion -- a 2.5 percent jump. This additional funding towards education is the highest increase of any domestic department in the federal government.

Obama's plan for higher education would focus on new financial incentives for colleges and universities that are able to keep their costs down, and add more funding for research grants. He is also asking for billions of dollars to go toward training programs in community colleges, including help for schools for that are able to help graduates secure internships and jobs in their field. However, the president would cut-off for-profit colleges from this type of funding.

Check out the 5 things Obama's budget plan does for higher education. Then tell us, what do you think? Weigh in below! 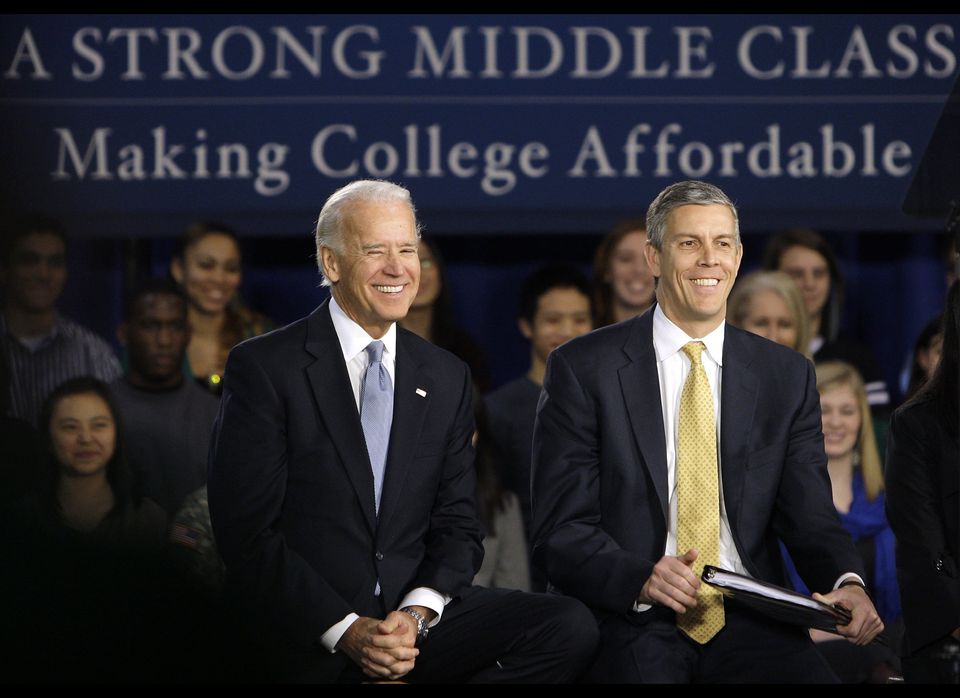 1 / 5
Rein In Costs
President Obama's FY 2013 budget <a href="http://www.businessweek.com/ap/financialnews/D9SSL9BO1.htm" target="_hplink">would create</a> a $1 billion "Race to the Top" fund for colleges. In addition, Obama is seeking a $55 million to fund the "First in the World" program for colleges that "encourage productivity and efficiency." Obama is also proposing to <a href="http://today.seattletimes.com/2012/02/uws-young-praises-obamas-higher-ed-budget-initiatives/" target="_hplink">increase federally funded research</a> at universities in certain areas. The National Institutes of Health would see no funding increase, for instance, but new <a href="http://www.insidehighered.com/news/2012/02/13/some-details-proposed-obama-budget-higher-ed-2013#ixzz1mJ04pvbi" target="_hplink">policies would increase</a> the money available for grants by 7 percent. Other <a href="http://chronicle.com/article/Table-Details-of-Obamas/130771/" target="_hplink">research areas</a> would see between 1 percent and as much as a 110 percent increase in funding grant spending.
AP