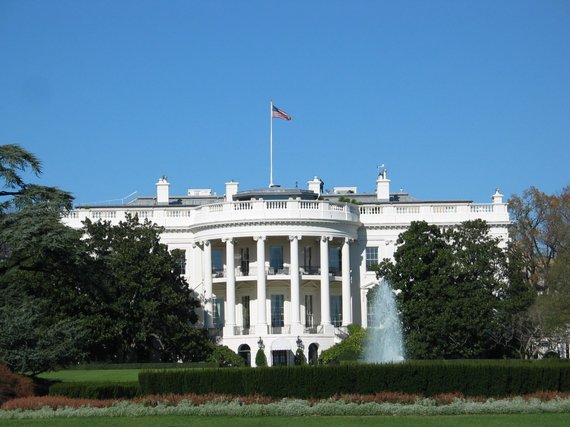 Politics can be exhilarating, especially for young voters making their first foray into the political process. But without diligence, political adrenalin can trigger mistakes.

We have a tendency to believe our candidate or our party, and dismiss what the other side is saying. Eager for a win, we may observe and act with tunnel vision.

The result is that politicians get to exhibit behavior that we would never allow our children to exhibit. They stretch, bend, and ignore truth and reality at will. It's sometimes hard to navigate through all of the canned nonsense to get to the nitty-gritty, but we need to try. Perhaps these five considerations are a starting point.

1. Don't believe every campaign statement. Candidates lie, sometimes unwittingly, sometimes outrageously. Other candidates are smeared by lies. To weed out the liars and the exaggerators and to keep great candidates from drowning in false accusations and fabricated stories it pays to be a concerned participant. Exposing untruths ensures that those who weave webs of lies to suit their own agendas do not win the day.

We tend to believe a statement simply because it was publicly aired. There may not be a shred of truth to it, or it may have been so massaged in the retelling that it's not even close to the actual truth, but we believe it. When it comes to candidacies, hearing is not the impetus to believing. Belief should arise from facts, no matter how hard we have to dig for them. The truth is out there.

2. Presidents are elected, not crowned. Alone, presidents can do little. The president and Congress need each other, and diplomatic skill is the true power of a president. Power does not stem from lowering the boom or engaging in a cavalcade of empty promises.

Candidates can be full of hot air. It's sometimes because they dream too big. It's sometimes because they possess inflated egos. But mostly it's because, to those who dip their toes into the polluted political pool, the end justifies the means. It is their hope that the public simply forgets that they vowed something that will one day prove to be impossible to implement, or worse, prove to be a promise that was never intended to be honored.

Presidential hopefuls are fond of passionately sermonizing with the phrase, "When I am president, I will..." But passion without ability is fruitless.

When a candidate states that he or she will overturn this or establish that, it's likely no more meaningful than pillow talk. But if a candidate promises to work hard at establishing this or overturning that, then we might have reason to believe them. Keeping a promise to work on something is absolutely within their sole power. Guaranteeing the results of a promise is not.

3. The Presidency is not suitable for on-the-job training. Presidents must possess real-world experience in leading, negotiating, and creating victories for the masses. We may love the spit and fire of a candidate with little or no experience, and freshness feels welcome, but thumbing our noses at what we derisively refer to as "the establishment" does not necessarily guarantee the best outcome.

There is much to be said for experience. Do we really want a president who makes on-the-job, potentially catastrophic mistakes that could have been avoided if he or she had only possessed a depth of experience and knowledge from which to draw upon? Would we want a doctor fresh out of medical school to do conduct our brain surgery?

Every field of business understands the importance of experience. That's why doctors complete many years of education before entering into even more years of residency, where they learn from those who have that irreplaceable attribute known as experience. Only then are they ready to literally take our lives into their hands. Experience matters.

The Presidency is simply too important for us to get it wrong. It matters not what the profession is. All jobs require training. Presidential training cannot begin after the swearing in.

4. The president must be respected by our allies. Some like to think that we don't need the rest of the world, but we do. The world is much smaller than we ever thought possible, and all nations are fighting shared enemies like global warming, terrorism, health crises, and famine.

We are there for our allies. They are there for us. No free nation can be isolated. Life is ever evolving, and the world as a whole is now our backyard. It is in our own best interest to have a leader who respects other leaders and gains their respect in return.

Quiet strength is effective strength. A president must be firm when the occasion calls for it, but open to the exchange of ideas, from wherever they may come. Strength without brute force is key.

There is nothing weak about a president who honors individual dignities and reserves the show of force for situations that leave no other option. Those enamored of war get what they want. They get wars. Military might is necessary. It is part of the checks and balances for any nation, but wasting or misusing that precious might can be more dangerous than not using it. Individual situations call for individual approaches.

5. Presidents should understand the "big picture". We as voters cannot become entrenched because of a single issue. There are plenty of hot-button issues like religion, health care, guns, the environment, climate change, racial equality, wage equality, animal welfare, food and water supply safety, women's rights, and a host of other worthy concerns for us to rally behind. But no individual issue should determine where our vote lands.

The president is the president of all of the people, and a candidate's big picture should contain a viable history of swinging for the fences, along with failures with lessons learned, and tangible successes. To elect a president because of his or her stance on a single issue is a disservice to us all.

We all wish to have a president who shares our every value, but that will never be the case. A president does not have the luxury of championing a single passion. At least no president worth his or her salt would ignore the diversity of all of our lives. We understandably rally around a candidate who shares our values and our dreams, but we must elect a president who treats every citizen's ideals with respect.

In the end, we need to ask the hard questions, and then mark our ballot. We need to arm ourselves with knowledge, not sound-bite rhetoric and pie-in-the-sky campaign promises that have no chance of surviving the campaign.

We need to be diligent. We need to be thorough. And most of all, after learning the good, the bad, and the vision of a candidate, we need to vote with the understanding that our votes have long-term consequences.