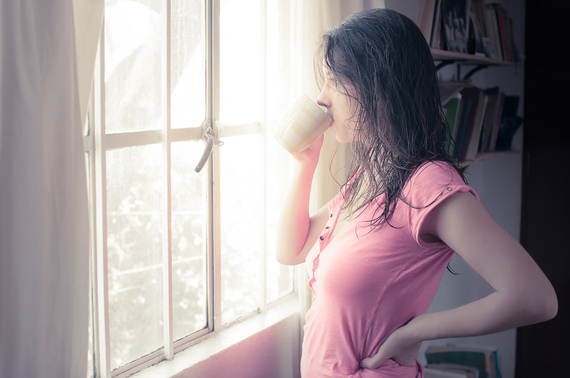 It can be hard to stay self-motivated when you're facing your computer screen. Life gets in the way, and that new Netflix release can look awfully tempting compared to a strenuous session of work.

Time goes by, and before you know it, nothing has been done.

Ultimately, you're the one who's accountable for your own work. Even though getting things done can be tough when nobody's there to push you, you can use a few techniques to get into the groove once again.

Try following these five tips and see if they get you back on track with your work:

1. Promise yourself a reward after doing a task.

I like to treat myself to something nice, such as a snack or a TV show-but only after I've completed a certain amount of work. It's not a pretty thought when you haven't started, but it works.

For example, if I need to do some writing, I might set a small goal such as doing some basic brainstorming. Once I jot down a number of bullet points, then I can have a small break.

I sometimes find that I'm actually tired and could use a break. Other times, I end up becoming incredibly focused on the task at hand and forget about the break.

Either way, I've made progress.

It's easy to get excited in the beginning of a project and set big, lofty goals for ourselves. But once the hard work begins, our initial goal just seems too out of reach. We begin to falter. As a result, we give up or decide to do the work "later".

Instead of setting an overly ambitious goal such as "I'm going to lose 20 pounds by the end of next week", why not set a concrete, yet manageable goal just for the day?

The truth is, we often set goals that require too many steps, overwhelming ourselves. (Note: I talk about this more in my guide here).

For example, I might just set one very simple goal. It could just be, "Open a Word document and write down the topic." That's it. Then, I might set another mini-goal, such as "Type in a few bullet points."

These tiny goals might not seem like much, but they challenge your resistance to getting started in the first place.

It can be hard to go straight from waking up and enjoying a nice breakfast to working right away. Why not do a warm-up first?

Doing work can be mentally taxing, especially if you're still groggy. Instead, you could start off by doing a mental exercise to get you going. This could mean reading a book on self-development or psychology, or solving a Sudoku puzzle.

Physical exercises also do wonders when it comes to starting off the day right. A cardio workout helps you increase your energy and feeling ready to take on the day.

You can also use the Page Turner Technique to begin your day focused and ready.

Hesitation is part of the process. It's natural. But if you let it take hold, fear can keep you from starting at all.

Next time that happens, try this: Just let loose. Do something. Don't get stuck on the idea of being perfect.

Just try something out and improve as you go along. It can be intimidating, but also strangely liberating.

5. Think of what will happen if you DON'T get started.

Studies have shown that people who procrastinate tend to have "myopia" when it comes to the future. That is, they only see the short-term rewards, but not the long-term effects of procrastination.

Playing a video game in the next hour is much more rewarding immediately than working on a goal, but damaging in the long run if you keep putting off what's important.

If you find yourself in this situation, try this:

Imagine the worst situation that will happen if you don't do something productive.

For example, let's say you're at a job you hate and dream of running your own business. You get home tired from work. But instead of researching more into starting a venture, it's easier to watch TV.

Think of what will happen in 10 years. You'll probably be stuck at the same old job, wondering what could have been if you had taken action earlier.

If you enjoyed reading this article, please join the newsletter. As thanks, I'll send over a copy of my popular guide, How to Get Anything You Want.

Melissa Chu writes at JumpstartYourDreamLife.com, where she helps people live better and achieve their goals. For more ideas on success and making an impact,
join the newsletter.