More than 300 participants gathered at the sold out conference for a day of panels, workshops, discussions and networking by black women for black women.

"It's important to me to define a space where we were the norm and not an outlier," Blavity co-founder Morgan DeBaun told The Huffington Post, noting that black women are often excluded from contributing to the conversation at a lot of conferences. "You can take the time to say 'I'm in a room full of people that are like me and it's accessible and I can actually focus on what I need to focus on and grow my business, achieve my goals and get to the nextstep' and hopefully meet some people who can help you get there."

For eight hours, participants were able to engage with and learn from black millennial women and influencers. Blogger Luvvie hosted a workshop on branding, Teen Vogue's newest and youngest editor-in-chief Elaine Welteroth moderated a panel on self-care and Zuvaa founder Kelechi Anyadiegwu gave her knowledge on turning a side hustle into a business.

These ladies, among others, dropped some serious gems that everyone should hear. If you didn't get a chance to go, fret not, we took notes for you. Here are five major keys we took away from this year's EmpowerHer:

1. Make your goals a top priority.

DeBaun’s message was on-point during her fireside chat with civil rights activist Johnetta Elzie. Staying true to the conference’s theme, the two discussed their unconventinal path to following their passions, which required much dedication and sacrifice. Different versions of this message was sprinkled throughout the day. Luvvie advised her audience to “do the work” before anything else and Welteroth reminded everyone that it’s OK to save up and live below your means while putting in work to reach your goals.

2. Take that leap of faith.

It was the theme of this year's conference. No matter your position in life, these five words are the perfect reminder to never let anything hold you back. Nomadness Travel Tribe founder Evita Robinson told NBCBLK in the video above that it means "being boundless" in order to move forward. You don't need a cosign to make your move, Feminista Jones said during the event.

"we have way more power than we give ourselves credit for. if u don't like something--change it" -@sierrajtoday #EmpowerHer16

"Being a black woman is your greatest superpower," host Danielle Leslie said to the audience in between sessions. It's up to black women, however, to recognize and acknowledge just how far this power can take us. From our strength within to their political influence, black women have exactly what it takes to create the change we wish to see, said Sierra Jackson, political advocacy and public affairs manager at Change.org, during a panel. It's important for us to see that power, not only in ourselves, but in others so we can work together.

4. Self-care is key to living your best life.

"Affirm yourself with positive thoughts every day. It's the root of self-care." @ElaineWelteroth #EmpowerHer16

Self-care doesn't look the same for everyone. And as much as we'd like to think it's eating ice cream and watching Netflix for hours, blogger Gabi Fresh reminded attendees that it's actually about doing something for the betterment of yourself. This means taking care of your physical and mental wellness by not being afraid to say no, taking a break from social media or simply meditating. And according to Welteroth, self-care starts with thinking positive and affirming thoughts daily.

5. Be unapologetic in who you are.

Leslie used this Beyoncé lyric from "Lemonade" to let conference-goers know that they should NEVER be afraid to express who they are, even if it makes others uncomfortable. If you're authentic and live in your truth, #OscarsSoWhite creator April Reign told the crowd, progress will naturally come.

DeBaun told HuffPost that she plans on making future conferences accessible to even more people -- whether that's through lower registrations prices, a bigger venue or expanding to different cities.

But as far as this year's EmpowerHer Conference, we think it's safe to say this tweet (another reference to "Lemonade") sums it up very well:

Take a look at a few other magical moments from Blavity's conference below. 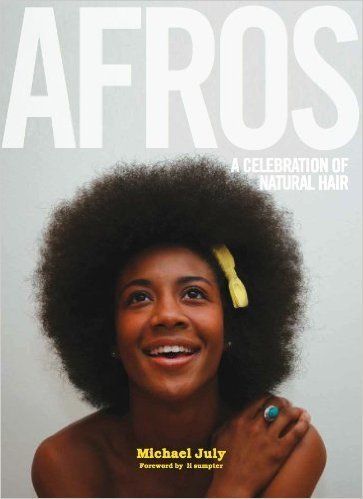