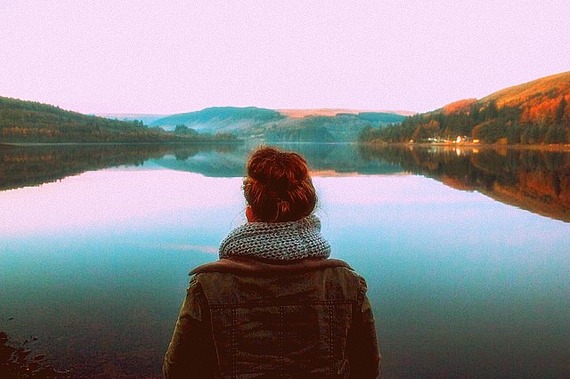 Let's be clear. There's never a good excuse for engaging in an affair with someone who is married. But it does happen. And at the end of the day, women who become mistresses or "the other woman" are our daughters, sisters, aunts, mothers, wives, and neighbors. They are women within our communities.

I know this is a hot-button issue and I realize many wives who have been the victim of a cheating husband may have raw wounds on this subject. I'm hoping to shed some light on a human level as to why some women get involved in affairs with married men. Here are 5 things I think wives should know about mistresses.

Yes, believe it or not, a mistress does feel guilt. If she is aware of the fact that her lover is married, she goes through all the normal emotions associated with guilt on a daily basis, such as sadness and depression.

Guilt is the permanent ghost that accompanies a mistress throughout the entire affair and afterward.

That said, many mistresses are totally unaware that their lover is married. Many men go to great lengths to hide the fact that they are married. If a husband can have an affair and betray the woman he married, then he is capable of telling multiple lies, both to the wife and mistress.

Bottom Line: Unless a woman is a sociopath, she feels guilty for crossing the line, just like any normal human being would.

Guilt is the permanent ghost that accompanies a mistress throughout the entire affair and afterward.

2. She Probably Never Planned On Being A Mistress

Every adult is accountable for their own actions -- of that there is no doubt. Unfortunately, sometimes circumstances and poor decisions can lead to affairs.

It's not likely on the goal list of any woman to get wrapped up in an affair with a married man and potentially lose her career, credibility, friends, or -- in some extreme cases -- her life because of it. Not to mention, some women who have affairs are also married and have families of their own that they are jeopardizing by getting involved in an affair.

Many women end up being the other woman by having a "fling" with a man with whom they never intended on being with on a regular basis. They may or may not have known the man was married but they went ahead anyway, later ending up infatuated or in love.

There are women out there that don't have a problem dating married men and seem to have little regret about it, but generally speaking, this is not usually the case.

Many times a husband will make promises that can string a mistress along until so much time passes that it becomes difficult for her to break it off. A husband may even go so far as to tell the mistress he's separated or in the process of a divorce when this is not the case. If a mistress is in love, she may not want to end it, even if she knows it's wrong.

If a woman has become a mistress and she knows that her lover is married, then most certainly she feels jealous. She feels jealous every time he walks out the door. She knows he is going home to another woman. She knows her lover has another life at his home which she will never be a part of.

Unless she has a family of her own, a mistress's life is usually pretty lonely, emphasized by the fact that her heart probably sinks just thinking of what her lover is doing at home with his wife and family. She feels jealous that he shares a bed with his wife and will never know the true level of intimacy that's going on despite what she's been told.

Some mistresses even have children with their married lovers. Imagine what a complicated web that must be.

There's no doubt that a mistress feels envious that her lover's relationship with his wife is not a secret to the world like hers most likely is. One thing that many mistresses crave more than anything is validation that her relationship with her lover is real. Sneaking around in secrecy is not the ideal for having a healthy, long-term relationship.

A mistress, like any other woman, wants her lover to be proud of her, to tell their friends about her, and for them to have the desire to tell the whole world how much they love her.

4. She Fell In Love With The Wrong Person

Well, this is a no-brainer, but unfortunately, love and lust are blind. A woman who ignores repeated red flags because of love or lust will eventually find out she has picked the wrong person to be with.

A mistress is bound to come to this realization sooner or later. She may choose to stay in the affair long after she's realized her mistake for any number of reasons including denial, fear, and, of course, love.

The point is, most likely the mistress already knows she has made a huge mistake and only stays in the affair because she thinks her lover wants to be with her. Of course, some women may not be that emotionally attached to their lovers, but I would guess that most are -- especially in long-term affairs that carry on for years.

Mistresses are just like any other woman in the world. They don't necessarily need to be vilified.

5. She May Believe There Is A Future

How many women fall for a man and believe most of what he says? We've all done it at some point or another. If a woman knows her lover is married or found out at some point after she already fell for him, then there is no doubt she has been sweet-talked and promised to hundreds of times.

It's fairly common for a cheating husband to tell his mistress that he is miserable in his marriage and wants to get out. This may or may not be true, but whether or not he does get out of the marriage is another thing. If there are children involved or if the husband does truly want to be with his wife, then he won't make the steps to leave the marriage

A mistress has already placed herself in a vulnerable position, so if she is in love with the man she is having the affair with, she will make excuses for him, and probably suffers from deep denial. It may take months or even years for a mistress to realize that a man is not going to leave his wife for her. If he was, he would have done it sooner than later.

Hanging on to an affair in hopes that a man will leave his wife is something many mistresses do, and if there are years that pass by, she becomes more invested in the relationship, and also more comfortable within the lie. The affair becomes her normal. The secrecy becomes her normal, and in many cases, she will self-medicate or behave destructively to alleviate the guilt and shame.

Being the mistress is not glamorous. An affair may start out as a thrilling, romantic whirlwind, but it almost always ends up a depressing, disheartening situation. Mistresses are just like any other woman in the world. They don't necessarily need to be vilified.

More from Michelle: What My Husband Has Taught Me About Domestic Violence