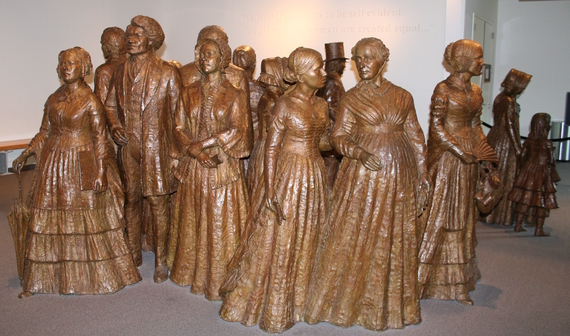 July 19-20 marks the anniversary of the Women's Rights Convention, a.k.a., the Seneca Falls Convention. This two-day convention held in Seneca Falls, New York in 1848 is hailed as the first women's rights convention. Over 300 men and women gathered together to "discuss the social, civil and religious rights and condition of woman." Notable reformers were present, such as Frederick Douglass. It launched the national career of Elizabeth Cady Stanton. And it set into motion events and relationships that would forever change American society. Here are five things you may not know about the convention: 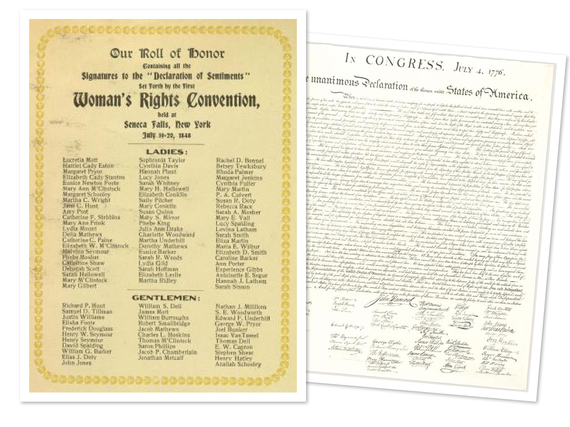 2. Lucretia Mott Initially Did Not Want to Include Voting for Women as a Resolution

Elizabeth Cady Stanton included the ninth resolution, which read: "Resolved, that it is the duty of the women of this country to secure to themselves their sacred right to the elective franchise." This was the most contested resolution the convention members debated on the second day. Lucretia Mott, already a national reform leader, did not want to include voting as a right of women as she felt it would detract from the other resolutions and was going too far. However, after heated debated, the resolution was adopted. 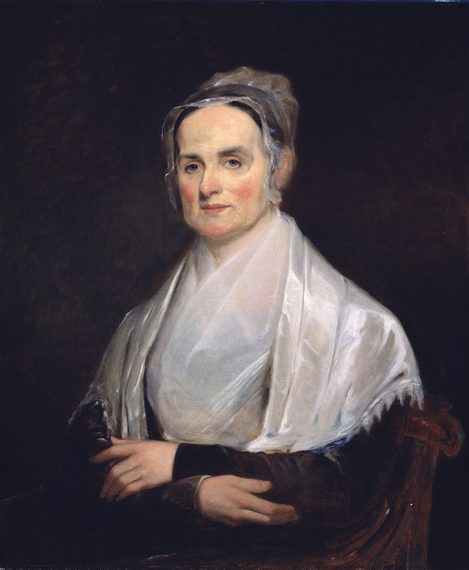 Lucretia Mott, at the National Portrait Gallery in Washington, D.C.

3. Amelia Bloomer Did Not Sign the Declaration of Sentiments

Amelia Bloomer was another national figure at Seneca Falls. She was famous for her work in the Dress Reform movement and educating women about the physical dangers of Victorian clothing. She is also responsible for creating one of the most celebrated female partnerships in American history by introducing Elizabeth Cady Stanton to Susan B. Anthony, who also wore the Bloomer Fashion for a short period of time. Amelia Bloomer did not sign the Declaration of Sentiments. Some believe this is because she thought it would detract from the Temperance Movement. In her biography of Elizabeth Cady Stanton, historian Elizabeth Griffith states there is even doubt that Amelia Bloomer actually attended the meeting. 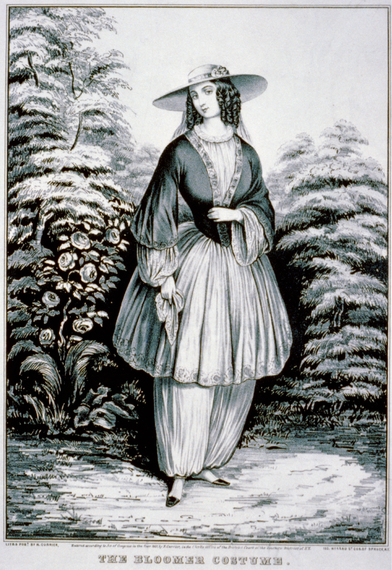 4. Only One Signer of the Declaration of Sentiments Lived to see the Passage of the 19th Amendment

Charlotte Woodward Pierce was 18 or 19 when she was at the Seneca Falls Convention. Of the 68 women who signed, she was the only one who lived to 1920 when the 19th Amendment was passed. Not much is known about her life. She was teaching by the age of 15 but also doing domestic and sewing work as well. She was in her early 90s when women won the right to vote and donated a trowel to the National Women's Party in 1921 as they broke ground on their new headquarters. Sadly, she never actually voted. She was ill and confined to her bed on Election Day in 1920. 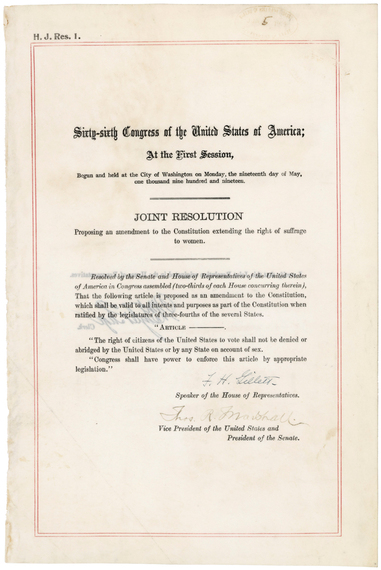 19th Amendment to the U.S. Constitution: Women's Right to Vote.

5. Seneca Falls May Not Have Been the Birthplace of the Woman Suffrage Movement

A 72-year struggle that began in Seneca Falls and ended in 1920 with the 19th Amendment. Those are the tidy bookends of the Woman Suffrage Movement narrative. But was Seneca Falls the first place that called for the rights of women to vote? A month before in June 1848, Gerrit Smith who was the Liberty Party's presidential candidate gave an address at their convention demanding universal suffrage for men and women. And Lisa Tetrault argues in her recently published book that there is no one place or convention that officially launched the Woman Suffrage Movement. She offers that Elizabeth Cady Stanton and Susan B. Anthony positioned Seneca Falls as the birthplace in a power play after the Civil War when the two of them publicly split with other national leaders after passage of the 14th and 15th Amendments which excluded women from suffrage. 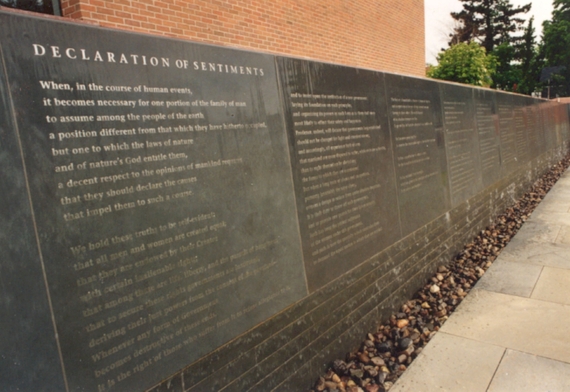 Regardless of the myths or factual discrepancies (common when reconstructing history through memory), or disagreements between the reformers, Seneca Falls happened. Whether it was the birthplace of Woman Suffrage or another log thrown onto the fire, America was changing and women were coming together. In the words of Charlotte Woodward Pierce:

"I do not believe there was any community anywhere in which the souls of some women were not beating their wings in rebellion. . . . Every fiber of my being rebelled, although silently, for all the hours that I sat and sewed gloves for a miserable pittance which, after it was earned, could never be mine."