Over the course of 5 hours between October 24 and 25, I wrote down every commercial that aired on FOX News during shows hosted by Bret Baier, Gretchen Carlson, Shep Smith, Bill Hemmer and Greta Van Susteren because I wanted to know what was being advertised. Plus, my doctor encouraged me to raise my blood pressure and anxiety level to dangerous heights.

Many of the ads are squarely aimed at old people. Several of the companies have been accused of crimes, including misleading and deceptive advertising, by city and state prosecutors.

The ads that weren't misleading, deceptive or criminal were for pills that will give grandpas an erection; which will probably make grandmas more unhappy than the deceptive ads. Anyway -- here now, 5 things you must tell your grandma so she doesn't get scammed by the ads on FOX News.

1. DO NOT MAKE THE CASH CALL. EVER! IN FACT, DON'T CALL ANYONE. OR PICK UP THE PHONE. DEVIOUS PEOPLE WANT YOUR MONEY. AND THAT'S THE JOB OF YOUR GRANDKIDS. 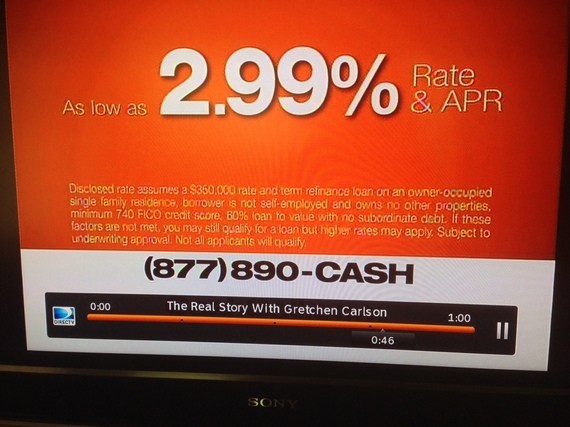 One of the ads in frequent rotation on FOX New is one for the lending company, Cashcall.com.

However, here's what your grandma needs to know: In August, 2013, NY State Attorney General charged CashCall.com with making loans at usurious rates while charging New Yorkers between 89% and 335% interest on personal loans. In a statement, New York's attorney general said: "CashCall charged exorbitant interest rates on their loans to scam New Yorkers out of millions of dollars," According to the attorney general, CashCall has made more than 17K loans to New Yorkers totaling nearly 38 million dollars. The interest on those loans totals more than 315 million dollars. Under New York law, lenders can only charge up to 25%.

If grandma needs money, advise her to get it the old fashioned way: sell a kidney.

2. THE SALVATION ARMY DOESN'T WANT THAT LOVELY CLAY AIKEN TO BE HAPPY. AND, THEY HATE NEIL PATRICK HARRIS, THAT NICE BOY FROM THAT FUNNY SHOW GRANDMA LIKES. 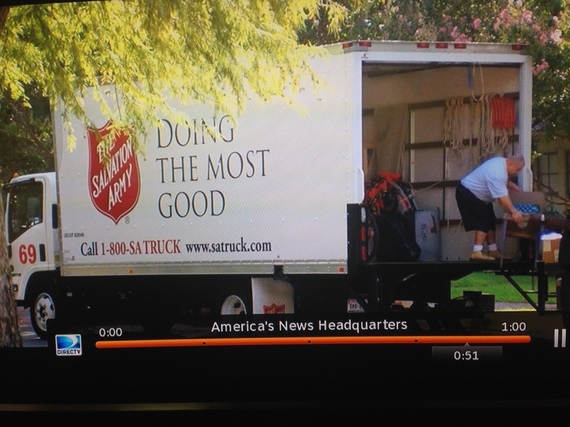 Founded in 1867, the Salvation Army has been providing food, clothes and assistance to millions upon millions in need over more than a century. No one is denying their good work. Nay, great work.

However, here's what your grandma needs to know: As she considers making donations to various charities this holiday season, grandma should be aware of the Salvation Army's position on homosexuality, as reported by the New York Times in 2011.

"The Salvation Army does not consider same-sex orientation blameworthy in itself. Homosexual conduct, like heterosexual conduct, requires individual responsibility and must be guided by the light of scriptural teaching. Scripture forbids sexual intimacy between members of the same sex. The Salvation Army believes, therefore, that Christians whose sexual orientation is primarily or exclusively same-sex are called upon to embrace celibacy as a way of life."

(Note: an email to the Salvation Army's media department asking for clarification on this policy was not returned)

3. FRED THOMPSON SECRETLY HATES YOU. AND THAT RASCAL SCOOTER YOUR RODE IN ON. 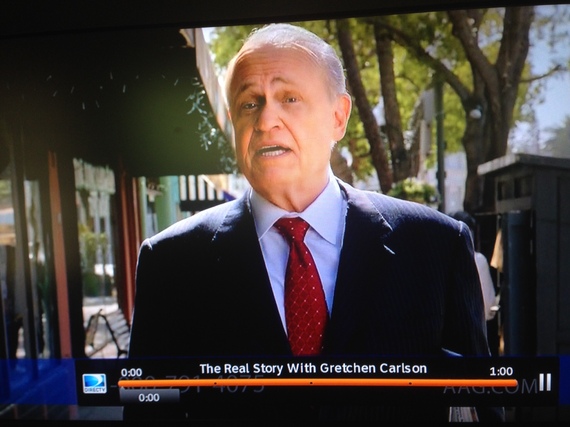 Founded in 2004, and approved by the US Department of Housing and Urban Development, AAG is one the nation's leaders in reverse mortgages.

However, here's what your grandma needs to know: Fred Thompson, the former United States Senator and fictional New York City Prosecutor (Law & Order) and rear admiral (Hunt for Red October) is the spokesman for AAG's line of reverse mortgages. And he clearly hates old people. A lot. Otherwise, why else would he endorse such a fiscally damaging investment instrument? Here's how a reverse mortgage works. If you're over 62, seniors can access the equity in their home - and they do not have to make any interest or principal payments for as long as they live in the house. They can get a lump sum payout or get cash in monthly installments. That's the good news. Now, here's the bad news.

• In a reverse mortgage, just like a regular mortgage, borrowers have to pay points, origination fees, etc up front. So, getting the money is expensive. Which will be a hardship on senior citizens who are already cash strapped.

• The interest rate on a reverse mortgage is most often higher than that of a conventional mortgage. Plus, it's compounded monthly. Meaning, every month -- since seniors are not paying down the principal -- they are paying interest on more and more money.

• If if becomes necessary for an elderly person to move into an assisted living facility - at least 25% will need this between ages 62 & 95, while 50% over 95 will need assisted living care -- the loan must be paid back, in full, first. This could leave the borrower with no money what-so-ever -- if they lived longer than they budgeted for -- and an inability to afford the extra care they need. It also shifts the burden of caring to children... or the state. 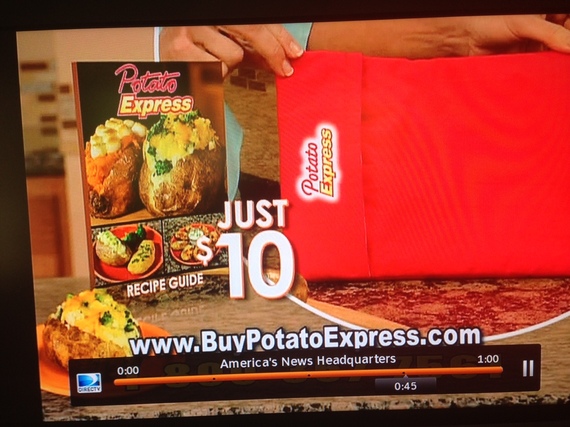 One of the newest infomercial products finding its way between segments of FOX News lies (• Democrats are responsible for the gov't shut down, • Romney will win, • Palin is prepared to be President) is a $10 dollar bag which the manufacturer claims steams potatoes in the microwave in 4 minutes.

However, here's what your grandma needs to know: According to their ad, the potatoes come out fluffy inside with a tender skin. I have no idea if this is true or not. HOWEVER -- one thing I can say with 100% certainty: a tender skin on a potato is awful! Awful as in terrible. Wretched. The skin on a baked potato should be dry and crispy -- which can be remedied by butter. Lots of butter. And maybe sour creme or bacon, or cheddar. 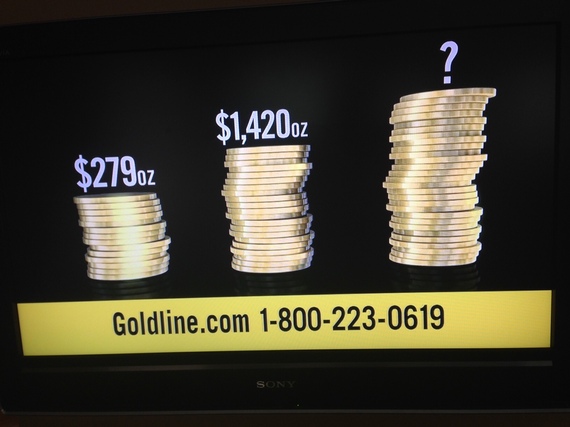 Goldline is one of America's leaders in the sale of precious metals, gold and silver coins.

However, here's what your grandma needs to know: Goldline has returned to its deceptive advertising schemes. In 2012, the company settled a 19 count criminal indictment by the Santa Monica City attorney, by paying out 4.5 million dollars in fines and agreeing to stop its deceptive advertising which preyed on senior citizens. Well... in a new commercial airing on FOX News, they're back to their old tricks. In the ad, the narrator says that in 2000, the US debt was 5.6 trillion dollars and that gold was selling for $279 an ounce. Then, the announcer says, that in 2010, the US debt was 14 trillion and that gold was selling at $1420 an ounce.

The inference being, more debt = higher cost of gold.

The value of the gold is indicated on the screen by stacks of gold coins. The stack indicating the year 2000 is smaller than the stack representing the year 2010. Finally, the voice over says that the US debt is projected to reach 20 trillion by 2016... and asks you to imagine what gold will be selling for then? As you can see in the photo (taken from the actual commercial), the third stack of coins is much higher than the stacks representing 2000 and 2010... which means: gold will be worth MORE! And how can you be certain gold will be worth more? Look! The stacks of coins representing 2016 are higher.

Jon Hotchkiss is the creator of the new 6-hour science series, This vs That. You can see the first 10 minutes of every episode FREE.

Correction: This post incorrectly identified Fred Thompson as the submarine commander in The Hunt for Red October. Thompson played rear admiral Joshua Painter in that film.