Here's a scary statistic: 20 percent of college women feel that thoughts and fears about food and weight dominate their life, according to a recent survey of 10,000 University of Michigan students.

Negative body image and an unhealthy relationship with food can cause stress, but it also works the other way around. The relationship between stress and eating disorders is, in many ways, a vicious cycle: Feelings of being stressed or overwhelmed can trigger disordered eating behaviors, which are used as a coping mechanism. And in turn, the compulsive behavior, fears and constant negative thoughts that characterize eating disorders raises stress levels.

"People who struggle with eating disorders are often highly prone to stress anyway," Claire Mysko, an advisor to the National Eating Disorder Association, told the Huffington Post. "But the actual behavior and the disorder itself can really intensify those feelings."

Scroll through the list below for six things you should know about stress and eating disorders.

1. Stress Can Contribute To The Development Of An Eating Disorder.

When we feel overwhelmed or out-of-control, we naturally try to find ways to cope with these unpleasant feelings. For some, binge-eating or restricting calories becomes a way of dealing with the stress.

"The behavior is used as a coping mechanism. You can trick yourself into thinking that it is alleviating [stress] symptoms rather than exacerbating them, which is what's really happening," says Mysko. "For people who are restricting [their food intake], there's a feeling of control. For people who are binging, there's oftentimes... a comfort aspect."

2. Disordered Eating Can Cause Your Stress Levels To Spike.

Not only do eating disorders cause physical stress to the body, but they also can exacerbate psychological stress. Worrying about food and weight can be a source of considerable anxiety, and may lead to feelings of low self-esteem that elevate stress levels.

"Having an eating disorder and being so highly fixated on food and weight and how you feel about your body, it can be exhausting," says Mysko. "It really overtakes everything in your life, so that can certainly raise stress levels. In many, many cases, it does."

Unfortunately, eating disorders tend to thrive on college campuses. Nearly 28 percent of female undergraduates in the University of Michigan study screened positive for an eating disorder, and 40 percent of all students surveyed said they had increased their restrictive eating since getting to college.

"It's a very high-pressure environment," says Mysko. "For a lot of students, it's their first time being away from home, so that can contribute to stress, and also the academic and social pressures. All those things compound to lead to some unhealthy behaviors, whether it's full-blown eating disorders or disordered eating."

For those who have an anxiety disorder, a co-occurring eating disorder may worsen symptoms or make recovery more challenging, according to the Anxiety and Depression Association of America.

5. Stress -- And Eating Disorders -- Can Be Secretive.

Eating disorders are often associated with isolation and secrecy, and being stressed can be similarly isolating. Any time that you're struggling, it may feel uncomfortable to admit to others what's going on, according to Mysko. "You're trying to keep the behavior from those around you -- a lot of time people who struggle with eating disorders are trying to maintain the image that everything's OK," she says.

And according to Andrea Lawson, clinical social worker for Counseling and Psychological Services at Michigan, a pressure-cooker college environment may make it even more difficult for students to open to others about what they're going through.

"People tend not to share with others when they are struggling, especially in our perfectionistic, high-achieving university community where there may be a greater stigma for mental health concerns, or they may worry that they are not naturally good enough to make it in the competitive environment," says Lawson.

Going for a walk, doing a few stress-relieving yoga poses, or just taking a break to listen to your favorite music can help you feel more centered and body-positive. Try these easy, effective ways to de-stress injust one minute, and click here for more tips on managing your stress levels. But if you think you may be struggling with an eating disorder, reach out to a teacher or trusted adult who can direct you to the resources you need.

PHOTO GALLERY
20 Healthy Habits To Adopt Before You Turn 20 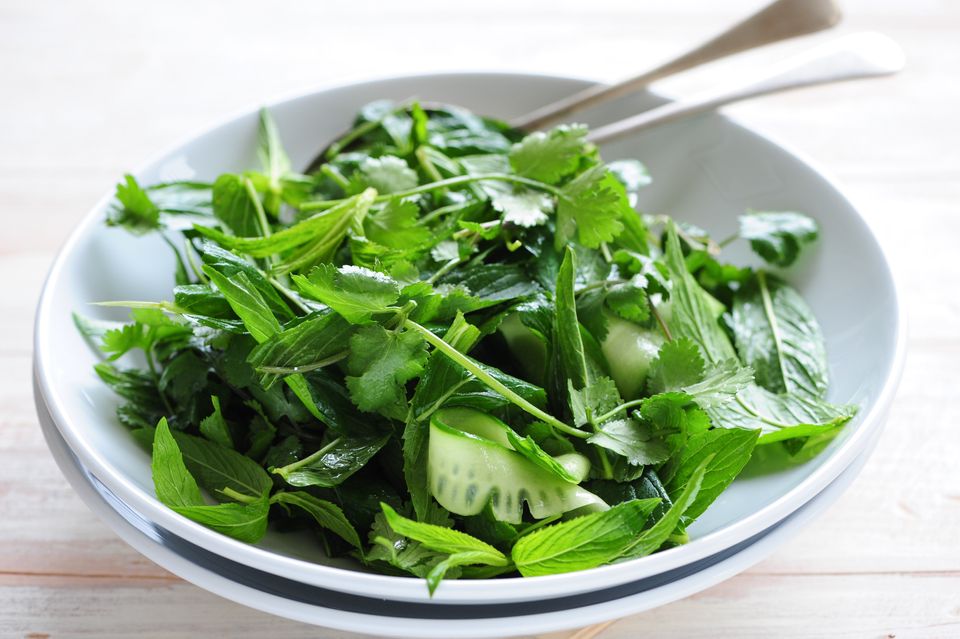 1 / 20
Learn To Love Veggies
And your body will love you for it. The health benefits of eating vegetables are almost to numerous to list, but most importantly, they're packed with fiber and essential vitamins and nutrients, which promotes good digestion, weight control and healthy organs. <a href="http://health.state.ga.us/pdfs/familyhealth/nutrition/self-paced%20lesson%20plan.pdf">Click here</a> for a list of some of the important vitamins and minerals found in fruits and vegetables.
Flickr: Julesstonesoup