So if you were anywhere near a TV, computer, cell phone, well any electronic device then you should know all about Lemonade. And no I'm not talking about the Country Inn kind your Mom use to make. I'm referring to the Queen of Killer Launches ........Beyoncé!

So the Leader of the Beehive has done it again! She's got the whole world talking about her. And I'm joining in the conversation. But I'm not here to talk about the phenomenal imagery of the videos, the emotional subject matter or any of that. As I watched the visual album on HBO and all the buzz throughout social media it became obvious the lessons that all entrepreneurs could learn from this. There are five specific lessons I want to share with you that will help your to catapult your brand to Beyoncé status in your industry.

1. Dare to Be Different! - We can't keep ourselves inside the box. And we DEFINITELY cannot allow others to force you into a box they've created. Though Beyoncé was not the first person to have a visual album and this is not even her first visual album (remember the "Beyoncé" album). However, it is still considered different in the fact it's not the everyday norm of releasing music. As Entrepreneurs we have to be confident with going with the ideas that we receive even if it's not being done in your industry. Different is what makes you STAND OUT! Embrace your brand's uniqueness, don't run from it.

2.Don't Be Afraid To Be Vulnerable! - All over social media as the words poured in as varying views of the videos included in the album. They were everywhere I turned on Facebook, Twitter and Instagram, not to mention just type in the word lemonade on Google and see how B takes over the World Wide Web! However, whether they like the album or not the same words were used to describe it; raw, emotional, artistic, strength, pain and forgiveness. She allowed herself to be very open and show her vulnerability to people about her martial struggles (alleged). By being so open with her emotions and not being afraid to do so made her audience relate to her even more. The same is true for all of us in business. Stop only wanting to share the good and glamorous side of entrepreneurship. Being open and honest will allow your audience to trust you more!

3.Give Your Audience What They Want! - There are many speculations as to why Beyoncé gets the response she does from her fans...respect the Beehive or they will come for you! No matter what your thoughts are to the why at the heart of it all is that she give them what THEY WANT. She's very in tune with her audience. How in tune are you with yours? Are you giving them what they want or what you want them to have? They're not always the same thing. Building community is imperative your brand's success. Get people off social media and in your mailing list. So that you can connect with them even the more. When creating programs, products or services you have to tap into your ideal client's desires and needs.

4.Let Your Genius and Gift Speak For Itself! - Whether you like Beyoncé or not the one thing you CAN'T deny is her gift. She's not only a musical genius, but a marketing and branding one as well. Even with the flawless way in which she executes her releases it wouldn't matter if the music was garbage. So let this be a lesson to you as well. No matter what hype you drum up around your Brand if there's no substance behind it you WILL be found out! Trust your gift, embrace your genius zone and allow it to speak for itself.

5.Think of a Master Plan & Keep It To Yourself! - Trust me I know when you create something new you want to shout it from the rooftops! It's bubbling up inside of you, however telling the world is not always the best thing to do. Part of why Beyoncé's projects like Lemonade and the Formation Tour are able to be the huge successful releases that they were is because she put together a Master Plan for them. These were not easy undertakings the thought and planning is apparent! The way in which she laid out the release of Lemonade on HBO as well as on social media was impeccable. Playing a major role in the success was the elements of surprise and curiosity. Both of which could only be accomplished at this level by keeping it under wraps. Not just herself, but her team as well. Just think of all of the people involved in creating this visual album and NOTHING leaked!! So learn to keep things to yourself and when you need a team to help you launch be sure you chose the right ones to share with and take whatever means necessary to ensure their discretion. I'm sure there were tons of Non-Disclosures signed for this project. The proof is in the EXECUTION not the CONVERSATION.

So let us all learn from this amazing songwriter, musical artist, and business phenomenon. No matter what's going on in your business it's time to get yourself into Formation and turn those lemons into lemonade....... (I know, I know; I couldn't help myself!) 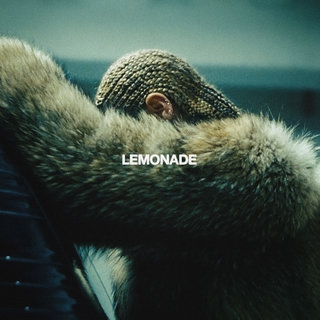