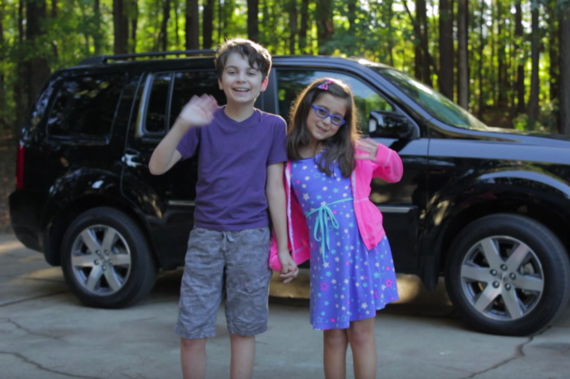 My kids are too young to drive. In fact, my son (now 13) doesn't even seem interested in cars. Lately, he has said -- unprompted -- how it seems cool to have an older car, "the kind that almost nobody else has." Kid, I'm liking you more and more every day.

Obviously, he's not talking about a '65 Mustang or a late '60s Chevy Malibu. I'd say those classics are the polar opposite of what "nobody else has." Still, I like where his thinking is headed.

My 9-year-old daughter is the one who seems to be more interested in cars. They both know I'm an automotive editor, but it's my daughter who has expressed the most interest. At 7 years old, she asked, "Is driving a car difficult?" My son is primarily interested in cars with a USB port in the rear seating area so he can keep his phone charged up. My daughter sees car ownership as a ticket to freedom -- and on that point, she's 100 percent right.

Still, that hasn't stopped my son or daughter from offering advice or opinions on all types of cars. Is it misplaced confidence, or are they actually listening to Dad every now and then? Here are five times they've blurted out their youthful opinions -- and were totally right:

It's true that my children don't know that much about cars. They don't care about the meaning behind a certain brand, and they don't have the proper understanding for things such as skid pad and slalom testing, horsepower per liter or the engineering behind driving dynamics -- so what could they possibly know? As it turns out, quite a bit!