After many months of hard work, living and breathing your tech baby, frantically trying to get your new startup ready for its first customers, there's no doubt you want as many people as possible to love your new concept just as passionately as you do.

However, it's no longer as simple as 'build it and they will come'. If you want people to take notice of your startup and hopefully become early and loyal adopters, you have some PR work to do. 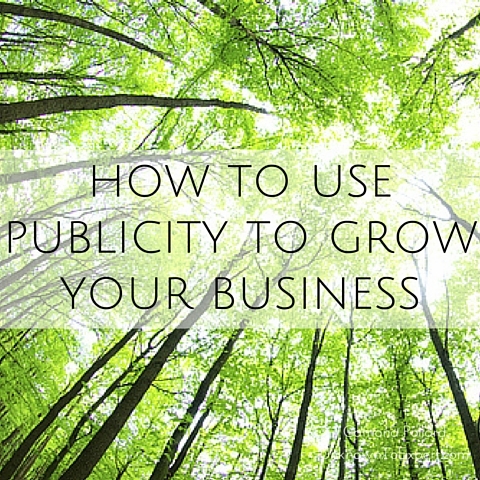 Let's take a look at taxi and hire car app, Ticktoc, and how it used public relations to get noticed in its first week of launching and got on the radar of new customers and also potential investors.

In its first week of launch Ticktoc was featured across multiple media outlets including major metropolitan newspapers, television news programs, drive time radio shows, IT and business media as well as numerous influential blogs. Bookings took off and the media coverage also attracted a bevy of interested investors.

1. Timing
The timing of your launch can make or break your startup. For Ticktoc, when deciding when to launch the app to the public, it was important to take into account the media coverage surrounding the taxi industry. Uber was dominating headlines as the government was grappling with how to manage an unregulated player that was proving immensely popular with consumers.

There was a window of opportunity...picking a time when there was still media interest in the industry, but wasn't full of breaking Uber news, was critical in ensuring journalists would be interested in covering a new player entering the market.

When launching your startup to the media, be aware of any activity from major competitors, industry developments and major political activity, like elections, that may impact your launch. Think strategically whether these events could be used to your advantage or whether to stay clear.

2. Media release with a hook
Just the fact that you've launched may not be enough to get the attention of a journalist who receives hundreds of media releases each day. Figure out what's interesting about your startup, this is your hook. And there isn't just one hook, think outside the square.

In the case of Ticktoc, around seven different hooks were pitched based on transport, lifestyle, start-up, tech, local, news and business.

The general news hook leveraged the concerns over regulation around ride sharing apps in a way that highlighted its features and benefits. The fact that the CEO was also an ex-Uber driver who was keen to solve the industry's issues made for a compelling story.

3. Target the right journalists
It's critical to do your research and send your release to the journalists who write about your industry and customers (and competitors). Journalists hate it when you waste their time!

Besides targeting industry media like taxi, IT and business publications, the release was sent to journalists who had been covering the Uber/taxi industry. As Ticktoc was Melbourne-based, targeting Melbourne media was also critical to getting the word out.

Don't just paste your release into an email and blind copy every journalist you know. Take the time to understand what the media you're targeting covers and explain in an email why the news will be of interest to them. It may take longer, but it will prove more successful in securing stories about your startup.

With the growing influence of bloggers, it made sense for Ticktoc to target Melbourne-based food, entertainment and lifestyle bloggers and offer them free Ticktoc rides. From this numerous bloggers ran competitions on their sites offering readers free rides and also pushing these messages to social media.

Reaching out to industry bodies and also a MP who was passionate about reforming the taxi industry allowed Ticktoc to attain vocal and influential advocates who helped spread Ticktoc's messages.

5. Keep the momentum going
Great! You've got a media stories as a result of sending out your release. But don't stop there. Keep pitching interesting story ideas to journalists who didn't pick up your release. Write editorial articles sharing advice or opinions and pitch them to publications that take content from experts.

Don't let your startup be a flash in a pan that's easily forgotten. Staying top of mind means you have to be consistently read about by your target audience.

The launch of your startup is an exciting time, but one that will determine the future success of your venture. It's critical to ensure you make enough of a splash to gain the attention of your customers, influencers and potential investors so you can go from strength to strength and become the next startup success story.

About the author
Catriona Pollard is the author of From Unknown To Expert, a step by step framework designed to help entrepreneurs develop effective PR and social media strategies to become recognised as influencers in their field. www.unknowntoexpert.com

Catriona is also the director of CP Communications, which merges traditional PR tactics with cutting-edge social media strategies that engage consumers as well as business. www.cpcommunications.com.au