Learning to handle microaggressions -- also known as micro inequities -- could feel like training to become a martial arts black belt: A slow process where most times you end up bruised and sore.

When a former client, that I will call Jennifer, joined a financial services firm on the East Coast as an analyst, she felt elated. Everything seemed to be in alignment with her career goals: A challenging job right after grad school and a competitive salary to match. There were just little things that seemed irrelevant but felt weird. 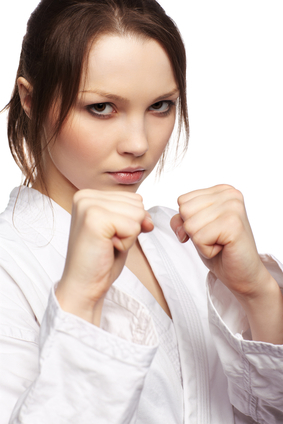 "You are so smart, Jen," she would hear often from her male peers. It was great to get feedback, but it seemed a bit off. Were they being welcoming and encouraging to a new employee? Were they trying to hit on her? Or were they trying to convince themselves that women could do the job right?

Over time Jennifer's intent to interpret the subtle messages that seemed to question her competence became debilitating. "I felt I needed to walk into meetings with a shield."

It wasn't until Jennifer discussed her concerns with some trusted friends, mentors, and a coach and learned about the pervasive nature of micro inequities in the workplace that she was able to turn her experience around. The tips below helped Jennifer manage microaggressions in an empowering way.

1. Remain calm and take a deep breath. Find a way to pause from assuming or reacting right away. If it is the first time and the incident is new, you could ask the person to repeat what he said or did. Responding with anger will only work against you. If Jennifer were to get angry about the comments, she most likely would be labeled as emotional -- an adjective that is generally associated with women who cannot handle pressure. Is the label fair? No. But becoming agitated will most likely accomplish one thing: Make you feel temporarily relieved at the expense of undermining your reputation. Honor and process your feelings by reaching out to those who are in your corner.

2. Give the benefit of the doubt. Taking extreme stances either as a victim or a "tough" person will ultimately hurt you. Minority groups do experience the bulk of microaggressions. And although who is perceived as a minority will change with each individual situation, whoever is in the minority at the time could become hyper-vigilant. By seeing ourselves as victims we are, in a way, helping the aggressor disempower us. And by toughing it out, we create the illusion of strength without having processed the effects of the microaggression properly. Start by asking for clarification -- after you have taken a breath -- and take note of the response. You can take time to think it over and decide how to respond later.

3. Focus on the event, not the person. By directing the conversation to the behavior, event, or comment you will decrease the likelihood of defensiveness. Any attempts to handle microaggressions by making the situation about you -- as much as it is about how you are treated -- and them guarantees a power struggle that will tilt to favor those in the majority. And if you are complaining about someone microaggressing you, it means you are in the minority.

4. Be clear about the different elements of a microaggression. Who said/did what? Who was in the room? What is the relationship between you and the sender? Was this a first time or is this an ongoing issue? Having a clear understanding of the factors that surrounded the microaggression helps evaluate next steps strategically rather than emotionally.

5. Develop your own way to handle microaggressions. Thinking there is a cookie-cutter approach will sabotage your efforts from the beginning. Do follow suggested steps (like those in this post and others) and customize them to your own situation. Microaggressions and micro inequities that you experience might appear to be similar to what other women are experiencing, but the context that surrounds the event and effects created are not the same. The comment, "you are so smart" is a common phrase heard by many women and other minorities and shows up in different ways.

The art of handling microaggressions effectively develops over time. It is like building a muscle. You need to exercise it, feed it the right nutrients, let it rest, and then challenge it again. And again. And again.