Asking Prices Up 1.1% Month-over-Month in January
In January, asking home prices rose 1.1% month-over-month, the largest monthly gain since June 2013. But the quarter-over-quarter price increase of 2.1% remains below spring 2013 levels, when asking prices accelerated at their fastest rate in the recovery. Year-over-year, asking prices are up 11.4% nationally and are positive in 97 of the 100 largest metros.

# of 100 largest metros with asking-price increases

Monitors Special Edition: Home Prices and Rents in Tech Hubs
This month, Trulia's Price and Rent Monitors take a close look at housing in America's top technology hubs. In Trulia's hometown of San Francisco, tensions are high over the lack of affordable housing and the growing wealth of technology companies and their workers. However, San Francisco is extreme in many ways, for better and for worse.

To see what's really happening to housing markets in tech hubs, we looked more broadly at America's top 10 technology centers. Using Census data (see note), we defined tech hubs as the 10 U.S. metros, among the 100 largest metros, where Internet industries and occupations play the biggest role in the local economy. We focused on this sector because it's been booming recently - and it's also been the target of housing tensions. The analysis compares these 10 tech-heavy metros with the other 90 of the 100 largest metros.

The top tech hubs in America include San Jose, San Francisco, and Oakland in the Bay Area; Seattle and San Diego, also on the west coast; Washington, DC, and neighboring Bethesda-Frederick-Rockville, MD; Middlesex County, MA, the home of Harvard and MIT; and, finally, Raleigh and Austin. San Jose is the tech-heaviest metro in America, with a tech score of 6.0 (see Table 1). For comparison, Las Vegas and Miami have tech scores below 0.5.

1. Rising home prices in tech hubs are in line with national trends. Today, asking home prices have risen most in housing markets that were hardest hit during the bust. The year-over-year price gain for the 10 tech hubs averaged 13.4%, ahead of the 11.4% gain for the other 90 large metros. The reason for the gap is that tech hubs, relative to other metros, had steeper price declines during the bust and have fewer homes stuck in foreclosure today - and both of those factors are driving the current price rebound. Adjusted for price declines during the bust and foreclosure inventory today, the year-over-year price change is no different in tech hubs, on average, than in other large metros.

The year-over-year increase in asking prices among the 10 tech hubs ranged from a high of 24.4% in Oakland to a low of 6.5% in Raleigh. Only Oakland ranked in the top 10 for year-over-year price increases among the 100 largest metros, while four tech hubs - Middlesex County, Raleigh, Bethesda, and Washington - ranked in the bottom half of the list.

2. Rents are rising faster in tech hubs than in the rest of the country. Nationally, rents rose 3.3% year-over-year, but rents are climbing much more steeply in the top three tech hubs - San Jose, Seattle, and San Francisco. For the 10 tech hubs overall, rents rose 5.7% year-over-year, nearly twice as fast as the 3.0% increase for the other 90 metros. However, rents in tech hubs are high to begin with. At $3350 for a two-bedroom home, the San Francisco metro area has the most expensive rentals in the country. Although rents in Seattle, Raleigh, and Austin are less than half of rents in San Francisco, the typical two-bedroom in a tech hub rents for 37% more than in the other 90 metros ($2,053 versus $1,504).

3. Buying a home in a tech hub is much more expensive than in other housing markets. Comparable homes cost 82% more in tech hubs, on average, than in other large metros ($242 versus $133 per square foot). And while people living in tech hubs have higher incomes, they're not high enough to bridge the affordability gap. Just 48% of the homes listed for sale in tech hubs were affordable to the middle class (based on median metro household income), versus 63% in other metros. Of course, there are huge differences in affordability even among tech hubs: just 14% of for-sale homes in San Francisco are affordable, compared with more than 60% in Raleigh, Bethesda, and Washington, DC. Still, the overall gap between housing prices in tech hubs and other large metros is 82% - a huge difference that's much bigger than the gap in rents.

% of homes affordable to middle class

Note: Middle-class affordability is based on our October 2013 Middle Class Report, which defines the middle class as households making the median income for each metro area. Housing permits are based on Census data.

4. Housing in tech hubs was expensive even before the modern Internet era. Today, as mentioned above, home prices are 82% higher in tech hubs than in other housing markets. But let's take a trip back in time to 1990, before the dawn of the commercial Internet era, to see if housing was cheaper before tech boomed. Applying historical metro-level price changes from the Federal Housing Finance Agency (FHFA) to current prices per square foot, we found that the same size house in 1990 cost 52% more in those 10 tech hubs than in the other large metros. In other words, most of the current 82% gap in home prices between tech hubs and other metros predates the modern Internet era. Today's tech hubs had expensive housing before dot-commers, Internet bubbles, and all that came with them. Decades ago, many of the housing markets that would become tech hubs had advantages like major research universities, technically skilled workers, thriving computer manufacturing industries, or nice climates. Places with advantages like these tend to be more expensive, and they turned out to be fertile soil for the today's tech industry.

These truths about housing costs in tech hubs show that affordability is not a new problem in America's Internet capitals. While rents are now rising faster in tech hubs than elsewhere, asking prices are increasing in line with the country overall. Home prices in tech hubs are far above those in other metros, but in part, that's because the modern tech industry has clustered in housing markets that were already expensive. Finally, not all tech hubs are the same. Austin and Raleigh are relatively affordable; San Francisco and San Jose are largely out of reach of the middle class; and Seattle and the Washington, DC, metros are in between those extremes. While the most expensive housing markets in the country are also tech hubs, what sets those markets apart is that they're tech hubs where little new housing is built.

The next Trulia Price Monitor and Trulia Rent Monitor will be released on Thursday, March 6.

How did we put this report together? To recap the methodology, the Trulia Price Monitor and the Trulia Rent Monitor track asking home prices and rents on a monthly basis, adjusting for the changing composition of listed homes, including foreclosures provided by RealtyTrac. The Trulia Price Monitor also accounts for the regular seasonal fluctuations in asking prices in order to reveal the underlying trend in prices. The Monitors can detect price movements at least three months before the major sales-price indexes do. Historical data are sometimes revised each month, and historical data in the current release are the best comparison with current data. Our FAQs provide all the technical details.

To create each metro's "tech score," we averaged (1) the share of local employment in the software publishing, data processing and hosting, and Internet publishing, broadcasting, and search-portal industries (NAICS 5112, 518, and 51913 from the 2011 County Business Patterns) and (2) the share of local employees in the computer programmer, software developer, and Web developer occupations (occupation codes 1010, 1020, and 1030 from the 2012 American Community Survey).

PHOTO GALLERY
10 Most Expensive Places To Live In The U.S.
Download
Calling all HuffPost superfans!
Sign up for membership to become a founding member and help shape HuffPost's next chapter
Join HuffPost

5 Truths About Housing Costs In Tech Hubs Like San Francisco
10 Most Expensive Places To Live In The U.S. 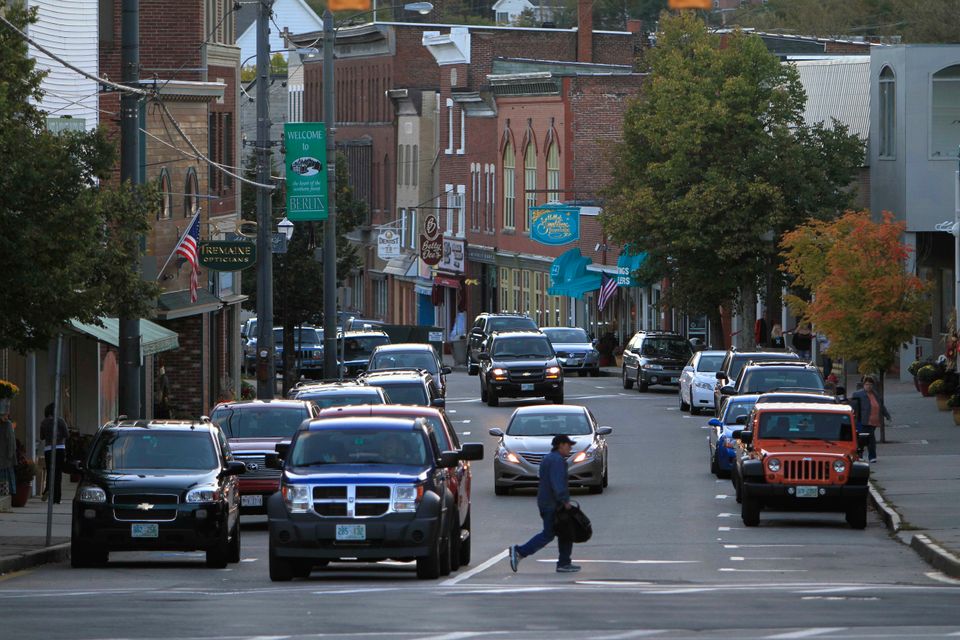