It isn't easy being clean. If diet gurus know it, average Americans certainly do, including graphic designer Franchesca Ramsey who recently documented her attempt to adopt a healthier lifestyle in an infographic titled, "Clean Up Your Diet In 5 Weeks."

Ramsey (also known for her hilarious meme "Sh** White Girls Say... To Black Girls") says her journey to cleaner eating sprung from her struggles with a sensitive stomach and a video she saw with a similar healthy living goal.

While Ramsey's efforts are steeped in personal experience (and gain), her tips are well founded in research.

In a study published by the American Academy of Pediatrics earlier this year, researchers found that simply recognizing fast-food brands, such as McDonald's golden arches and KFC's logo, doubles a child's likelihood of becoming obese.

And for adults who lean toward unhealthy options as a cost-cutting scheme, an Agriculture Department study suggested back in May that eating junk won't necessarily save you more money than buying healthy food.

That's more proof than a little that even modest changes go a long way.

Check out Ramsey's five-week plan and tell us: What's the hardest part of "eating clean" for you? 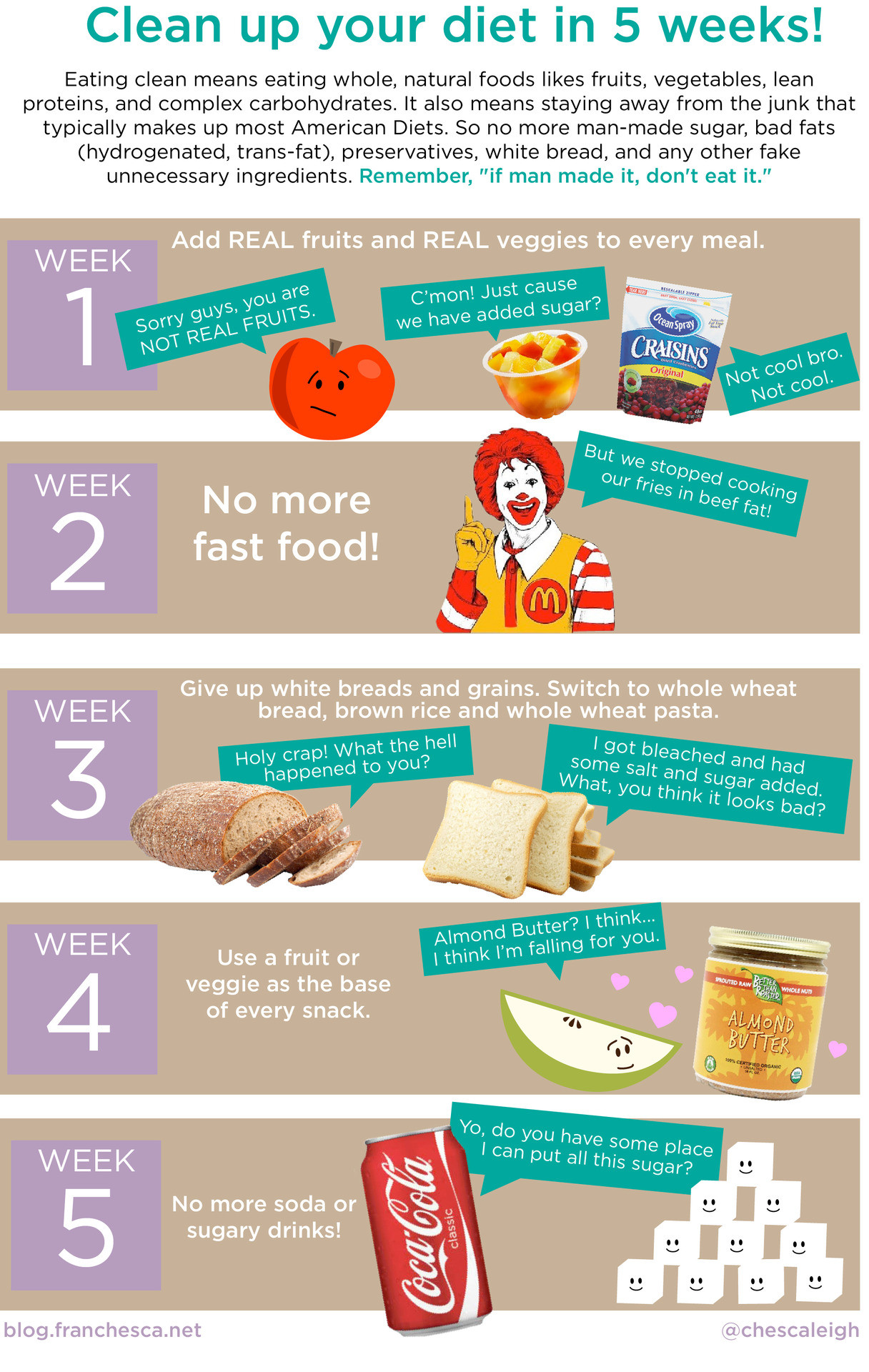