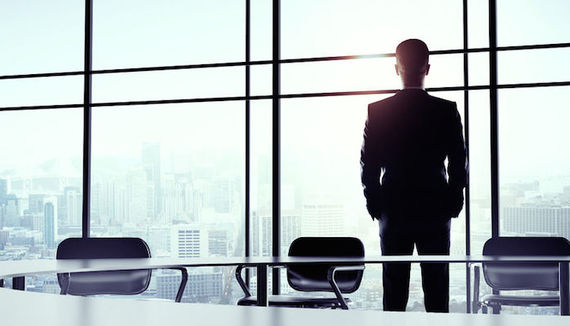 Power can be a dangerous friend. It's when we have control -- control over others and what they do. Most of us want it, work hard to achieve it, and feel joy when we have it. But many of us also squander it, or worse, hurt others with it.

Great leaders know what to do with their power and how to use it to get the best out of themselves and those they work with.

The irony is that while technology is making it easier for leaders to abuse their power, it is also shining a bright light on them when they do. Transparency is a great disinfectant. And poorly behaving leaders are easier to see because their actions are more transparent than ever before.

The Software Revolution has played a big part in altering the way we work and communicate with each other. It has forced companies to contend with a new level of transparency. Leaders who abuse their position are often not in power for long, once word gets out to the world at large.

We all know of leaders who start off well, but squander that opportunity. What happens along the way? They let the power go to their heads, or they take advantage of their position and decide to further their own interests. They veer off course, and ultimately fail to behave with dignity and respect.

As the CEO and co-founder of Aha! (product management tools) I have the good fortune to lead others every day. I spend a lot of time thinking about leadership and what sets great leaders apart. I started to wonder: What do great leaders do differently with their power? What is it about them that makes people want to get behind them?

In my experience, leaders who use their power to benefit the team:

Make the tough calls
Weak leaders are easily swayed by other's opinions and make decisions based on what will make everyone happy, not what is right. Leaders who make effective use of their power have strong character and are confident in who they are. They know that sometimes they have to make tough calls that will be unpopular, but they know that their decisions are best for the long run. These leaders value the input of others but they make up their own minds based on their strategy.

Steer clear of the power trip
Having power can be an exhilarating feeling. For some leaders, once they have it, they want more of it. They allow their power to go to their heads and begin to think they are invincible. Great leaders, on the other hand, recognize that this power can be taken away as easily than it was granted. They practice the habits of putting others first, freely giving credit to others for their new ideas, and owning up to their mistakes. This helps them to keep their perspective.

Back up words with action
Many leaders make long, lofty speeches full of promises. Their oratorical skills may be impressive at the time, but their words become meaningless if they do not follow through. Great leaders choose their words very carefully. They know that to build trust, they actually have to do what they say they are going to do. They do not want to risk losing the trust of others.

Take the job seriously
We have all seen leaders who are so casual about their role that once they have the power, they become lackadaisical about it. Effective leaders are more than familiar with the phrase "with great power comes great responsibility." They feel the weight that their role carries, and sometimes it keeps them awake at night. They know that others are counting on them and for that reason, they put everything they have into being the best leader that they can.

Willingly share the power
Some leaders are easily threatened by others who may have good ideas, and quickly knock them back down before they gain a foothold. Great leaders recognize that they cannot reach their goals alone. They know that if they are going to accomplish anything meaningful, they need a team of people working together. They welcome the input of others and see raising up more leaders as one of the best and most exciting parts of the job.

If you are in a position of power you have the opportunity to do great things and build great people and organizations along the way. It's time to build what matters.

How do great leaders use their power effectively?

Co-founder and CEO of Aha! — the world's #1 roadmap software