Napoleon Bonaparte said, "Take time to deliberate; but when the time for action arrives, stop thinking and go in."

This is a great lesson to remember when we're at war with ourselves; when we know what we should be doing but can't seem to help putting it off. 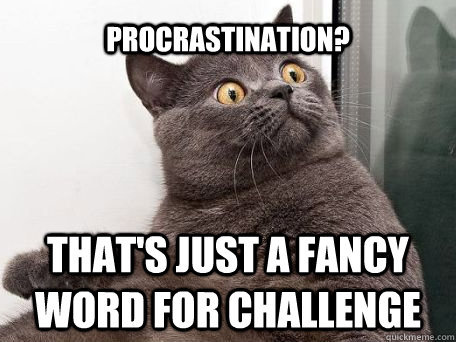 Maybe we put if off for an hour. Maybe for a day. It could even be weeks. But we're not getting it done.
Procrastination can be a massive productivity killer. Yet there are people who have mastered their inner procrastinator and seem to be able to put it to rest as needed. How do they do it?

How do incredibly productive people shut off the voice that says, it's okay, you can always do this later?

1. They realize the value of delayed gratification.
Our culture is exceedingly caught up in instant gratification. We tend to gravitate towards the tasks that will give us the quickest and easiest rewards.

Super productive people have a deep appreciation for the fruits of their labors and are more willing to stick to the long-haul tasks to see them through. They break big tasks into smaller ones so they can feel some sense of achievement earlier and more often. As James Dean said, "The gratification comes in the doing, not in the results."

Start rewarding yourself for persistence. Take time to celebrate longer term achievements. It will help you stop putting tasks with multiple steps or a longer timeline off until later.

2. They're more realistic about time commitments. 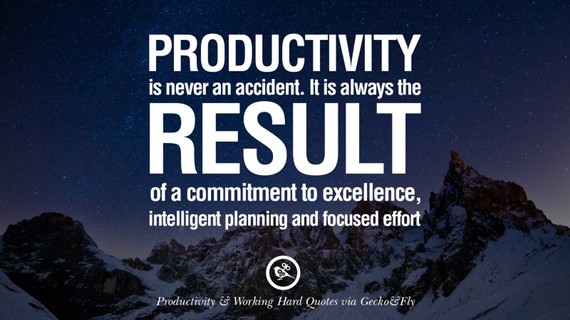 You think a task is going to take three hours to complete, but you don't have a three-hour window in which to do it. You want to put it off for now until you have the time. Except that task might not take three hours -- it might only need an hour and a half. Productive people will just get started with the time they do have and see how it goes. 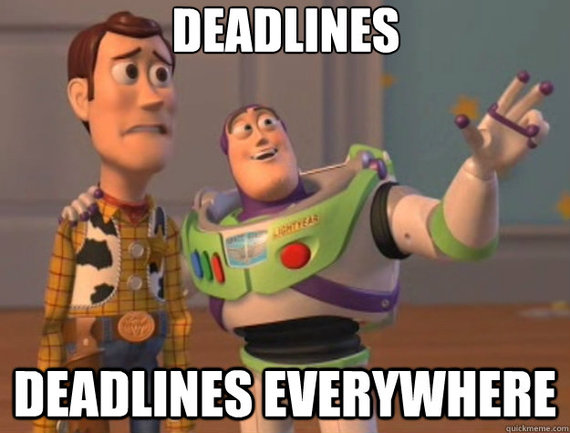 They avoid falling into this fatalistic, "But it's going to take forever!" mentality and chip away at it. They give what time they can and the next time they go to work at it, they're closer to finishing. And that's progress.

3. They tune out their inner perfectionist.
Ah yes, your inner perfectionist and procrastinator are good friends. Perfectionist will tug at the edges of your mind, reminding you constantly that what you're doing just isn't good enough... not yet. It makes each task seem more daunting than it needs to be and you'll want to put it off.

Stop being so self-defeating. You don't have to do a bad job, or turn out sub-par work, to shut up your inner perfectionist. Just teach yourself to get comfortable saying, "I'm going to do all I can and that will be good enough."

Look at Serena Williams -- she's massively successful and has many accomplishments under her belt. Like most everyone, though, she still battles her inner perfectionist. "I'm pretty much insatiable," she's said. "I feel there's so many things I can improve on." This hasn't stopped her from competing, though. She's able to take risks and tune out that destructive voice to keep moving forward.

4. They are excellent at prioritizing.

Do you knock the easiest tasks off your to-do list first? This is tempting, because it gives us that instant gratification we crave and allows us to feel a sense of accomplishment that we believe will carry us through the tougher tasks.

Except it usually doesn't.

Super productive people tackle the most difficult, important tasks on their list first, to get them out of the way.

5. They don't get ahead of themselves.
Oh, the things you can tell yourself to put off getting something done!
What if this sucks when I'm done? What if my boss hates it? What if it takes me forever?

You're not there yet.

Highly productive people just get it done and worry about the fallout later. As Roger Babson says, "Keep in mind that neither success nor failure is ever final."
Don't project your fears on your projects. In all likelihood, your fears are unfounded, anyway. Stop giving them headspace and get to work, instead.

Productivity Self Improvement How To Improve Your Life Time Management