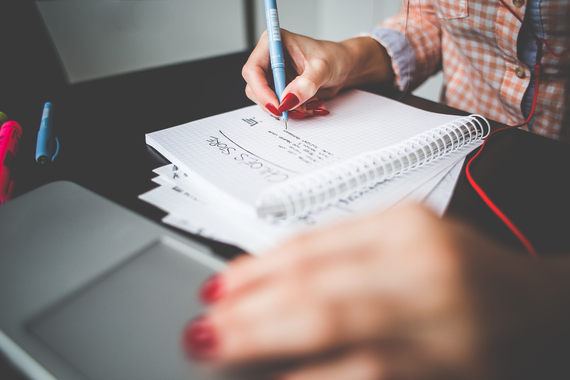 We've all encountered them. Try as we might in the hiring process, one or two might slip in and become the dark storm in our work environment.

Is there a way to avoid toxic people?

And if they're a part of our business, how do we manage them?

We can say they don't know any better, perhaps they appear unaware of their ability to create turmoil or provoke untenable situations. More than likely, this individual possesses zero self-awareness and may have no idea that their emotional survival depends on chaos.

From the book Coping With Toxic Managers, Subordinates...and Other Difficult People by Roy H. Lubit M.D., Ph.D., toxic behaviors concern how someone has learned to understand the world and his or her place in it. Their core issues may manifest as narcissism, aggression, rigidity and unethical behavior. There are a variety of core belief systems at work, which are the foundation for their antagonistic behavior.

The toxic employee believes everyone is against him or her. In their mind, if they don't attack first, they will be attacked. Some of these individuals delight in bullying others, giving them a sense of control over their peers. Others may see themselves as victims, and while their peers see their behavior as offensive, this person sees it as self-defense or some form of compensation for a perceived wrong.

Not only do toxic people lack any emotional intelligence (EQ) in dealing with others, they may lack the ability to manage their own emotions.

They may become overwhelmed by the intensity of their emotions. Their rigid behavior can create so much strife that every task becomes monumental in the work place, leaving many to struggle with becoming successful. While individuals who manage their emotions, become top performers in the company. They know how to remain calm and in control.

Leaders with a high EQ have an ability to offset the behavior of some toxic people. In many instances, where dismissing venomous personnel is not an option, leaders who are astute in EQ, can manage to neutralize their behavior.

There are several approaches available to leaders in handling toxic individuals. Below are five tips that may empower a leader to be more in control and remove toxicity from the work environment.

Misery loves company. Many toxic people get off on finding problems without concerning themselves to provide a solution. Toxic people feel better when others join them in feeling powerless and stuck in a negative state. They may feel a sense of control and perhaps, glee at bringing others down to their playing field. Create a policy that allows subordinates to report an issue, but at the same time requires them to provide a viable solution. Any time someone starts to complain, stop the talk and refocus on the solution. If that doesn't work, then end the conversation. Complaining is not productive nor should it be tolerated.

Understanding how a toxic person is motivated, provides a leader with information on the best way to influence the individual into behaving in more positive ways, by managing their emotions.

The key is knowing the differences in offensive types of behavior. Some are driven by fear and insecurity, others are confused or feel victimized, and many need to dominate and control other people. Those who operate on fear and insecurity, will become calmer when treated with tolerance and reassurance. Tolerance and reassurance on the other hand, will not work when dealing with someone who needs to control others or is a victim, if anything, it makes it worse. Strong boundaries determining acceptable behavior will be helpful in those cases, while those who suffer from anxiety and tension, will need to be offered other 'mindful' tools for coping.

Understanding these characteristics, equips leaders with knowledge to determine whether to keep an employee who is currently acting in a toxic manner or remove him or her from the business.

Falling into the drama created by someone else is unnecessary. Being pushed by someone into an emotional response that we can't control can be stopped. Having self-awareness that whatever someone else is going through emotionally, does not start or end with anything we did. We all decide in a split second what we will react to, and what we can let go of. Leaders can witness an employee engaged in turmoil, while remaining the observer and not participate in the issue. In remaining neutral, it is easier to understand the toxic behavior, and see it as more predictable. Meanwhile, we must pay attention to our own emotional state. As leaders, we can catch ourselves reacting, take a step back, and say nothing. We may evaluate our trigger and make a decision requiring appropriate action (if any) on our part.

If a leader hasn't developed their emotional intelligence enough, then it's almost impossible for them to effectively utilize their learned 'managerial' skills. To motivate and persuade people, it's necessary to know what they want, what they fear, how they perceive their tasks and what their ability is to actually listen to what is said to them. Focusing on their toxic behavior gives them power over us. If we get mired in the stress of how hard it is to deal with them, we never come to an equitable solution. A leader learning about his or her own feelings and perception of events, is more apt to find an optimal way to deal with toxic situations. Without these skills, the relationship with anyone we manage can become toxic.

The book The Four Agreements states, "Be Impeccable With Your Word," we always have a choice in how we speak, including the words we use toward ourselves. If we are negative in addressing ourselves, it is likely we will be negative in talking to others. This may lead to victimization, an environment of blame. And if we're focusing on negativity, we create more of it. What to do? Create a positive environment. Teach self-awareness and self-responsibility as a priority in the business. People who aren't in fear and understand their role, own their mistakes and learn from failure are authentic and operate in a positive manner. As a leader, we not only need to practice this, we also need to remove any toxicity, which chronically pollutes the atmosphere. If a leader, doesn't deal with a toxic employee, sometimes by removal, other employees may view them as condoning bad behavior and this costs a business.

Policies empowering the workers who genuinely exercise positive characteristics at work, can make a major difference in the entire workplace culture.