The way people give is constantly changing. People may care about your cause, but it doesn't mean they will donate. So what drives them?

According to "The Science Behind Why People Give Money to Charity," it takes multiple actions to drive someone to give. The first action, simply asking, is one we take for granted. People are more likely to give when asked. Also, in today's hyper-connected world, giving is increasingly becoming peer-driven. People give because they are influenced by others. Finally, giving is addictive. Those who have donated or volunteered in the past are more likely to do it again.

With this knowledge, how can we best position a nonprofit organization to take advantage of these three findings?

How a nonprofit employs knowledge can make or break its fundraising potential. Collecting and optimizing data on past and future donors, developing a deep understanding of what drives them to take action and what makes them tick is key. A customer relationship management (CRM) tool is a great first step. It can help organize your operations, including fundraising, email and mailing lists, online engagement, events, social advocacy and more.

Nonprofits already have an immense amount of data, but simply are not making it actionable. They generally know who their top donors are, have some general knowledge of which campaigns worked well and which did not, and can probably tell you how much they plan to raise within the next year. What nonprofits usually struggle with is aggregating that information, and turning it into dollars.

If a donor donated $100 twice last year through two separate email campaigns, but hasn't heard from you in six months, it's probably safe to say that this person is less likely to want donate again. Why?

We can gather based on the source of this donation that this person is more likely to donate after receiving emails. We can also assume that this person likes to give in $100 increments, so asking for $20 could result in a missed opportunity. Thus, if we had recorded his/her contribution history, we would be able to target our ask based on the amount given in the past.

Based on this example, we can take away two important lessons: first, it's extremely necessary to engage with donors in the way they respond best. In this case, email was the best form of communication.

Second, actionable data can help prevent missed opportunities and improve efficiency, and can also paint a clearer picture of a donor's history.

You may have already started connecting the dots, or you may be wondering, "What does any of this have to do with technology?"

As someone who has fundraised for multiple nonprofit organizations, I know what it feels like to have your email list in one place, your donor list in another, and to be this close to having your head explode. A good CRM platform can help you stay organized and thus, secure more funding.

Here's a list of five key ways to utilize technology to help your organization do more good: 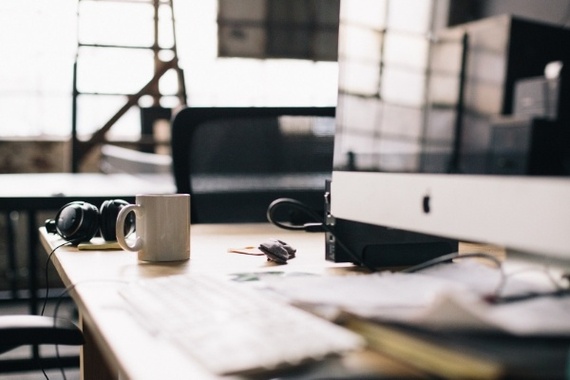 Engagement is becoming "the new black." We hear it everywhere in nonprofit communications, and in the digital marketing space. GuideStar stated in a 2014 article, "The New Donor Engagement Reality", that, "Technology is changing the definition of donor engagement for community foundations."

Because people are becoming increasingly harder to communicate with, yet easier to reach at the same time. People do want updates from your organization, they want to attend your events, and they want to donate, but they want to do it their way.

The average busy person receives 121 emails per day, and checks their phone close to 150 times per day. If you send someone an email every week who already receives more than the volume he or she can handle, you might be setting yourself up for failure.

However, if you tweet at someone who follows your organization and is active on social media, you may be more likely to get a response. A technology platform, specifically a CRM, can help you keep track of donor communication preferences, manage the frequency of correspondence, and aggregate information.

2. Have Data at Your Fingertips

...Literally. An organization is only as smart as its data, and an engagement and development platform could help you harness the power of real-time data so that you can turn information into dollars.

How exactly would we know who gave what? You guessed it - a CRM! With an effective tool, you can track all sorts of things about a donor or prospective donor, such as their contribution history, engagement history, social media links, and more.

Having this data at your disposal will not only ensure that calls and emails are efficient, but that your valuable time results in more funding.

3. Get the Full Picture

Donors are people, after all, and they want to be treated as such. A CRM can provide a layout of who a person is, who they're related to, issues they care about, like, dislikes and more. This information is useful, especially when interacting with high dollar donors.

When people feel that you took the time to get to know them, they are more likely to feel appreciated, and more likely to want to support your organization.

4. Give You a Social Media Edge

The Pew Research Center reported that 74% of all online adults used social networking sites in January 2014, and this number is expected to grow. With 74% of the world's population aged 18+ on social media, the fundraising power is immense. Facebook, for example, raised $10 million in just 2 days for Nepal earthquake relief efforts.

However, if you aren't connecting with your organization's network on social media and doing it in a purposeful, strategic way, social media is more a branding tool than a fundraising tool.

There's a good chance that you're probably reading this on your smart phone. As of 2013, 63% of adult mobile phone owners use their phones to go online. This means that your website, donation pages, and email templates had better be mobile responsive, or people may not be able to view them properly on their phones, discouraging them from making a donation, or even engaging with your organization at all.

So for the love of humanity, make it your goal this year to invest some time and energy into ensuring that your organization is taking advantage of all technology has to offer. If not, you may be missing out on a chance to grow, and ultimately do more good.