Yesterday, I graded a practice SAT essay containing the following:

The student received a score of 2 out of 6. Not a 1 though: it got a bit better, and hey, at least they attempted an argument.

We've all heard the stories: the student who turned in a writing assignment entirely in "Textese"... the New Zealand Qualifications Authority allowing students to use text speak on their examinations (though some would argue that "proper English" became foreign to New Zealand a long time ago)... and now this, among my own students.

Look in the big dictionary at the library: "SMS" and "LOL" are already there. "OMG" and "Sexting" are entires on dictionary websites. It's only a matter time of time before "ROFLMAO" infiltrates children's literature. Maybe it already has. 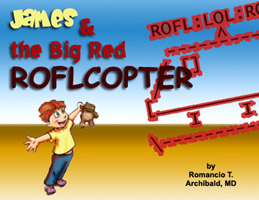 New technology spawns new words, just like all new culture does. But to argue that this is a bad thing is to deny the very flexibility that makes language useful. Just ask two guys who probably added more words to the English language than anybody, William Shakespeare and Noah Webster.

Is text messaging going to contribute some neologisms to our language? Of course it will ("Text message" went into Webster's a long time ago). Is every stupid thing kids put in their texts going to become a word? Of course not. Thk G0D.

2) Two One Spaces After a Period

My mother was an English teacher, and when I was first learning how to write school papers on our two-color Apple IIC, she would constantly hover over me with an important reminder:

"Two spaces after a period!" she would yell. Then she would whip me with a ruler coated in broken glass and lock me back in the basement to subsist off buckets of rainwater and fish heads. Well, part of that is true, anyway.

Anyone else remember this lesson? Well, now there's this, from most recent MLA Style Manual:

What!? All these years, and now I'm doing it wrong? I feel like the practitioner of some archaic art that's no longer used, like a web designer still using Frames.

Indeed, I can't say that texting alone caused this, but something did, and it happened right around the time that everyone started getting cell phones. At the very least, texting put the nail in the coffin: who puts two spaces after a period in a text? Besides me, of course, right before I delete them and painfully recall that everything I know is wrong.

As much as it kills me, though, I can't see anything wrong with moving to one space after a sentence. It's not like we can't tell when the sentence is finished; that's what the period is for. I suppose being able to fit one more character into a Tweet is a good thing, and over the course of a really long book, it probably saves a couple pages. So for every 100,000 copies of Atlas Shrugged that are printed, we save like two trees. And everyone loves trees.

One of the most startling trends in recent English has been the demise of the hyphen, especially in British spellings. According to this article, nearly 16,000 thousand words have been stripped of their hyphens in recent dictionary versions: leap-frog has become leapfrog, make-over has become makeover, and post-modern has become postmodern, all because people are too lazy to reach for that one extra key.

Is this a problem? Hard to say; some people never liked the hyphen in the first place. Certainly, the character is an awkward one to reach for on many phone keypads, and those who text often won't be sad to see it go. It's just that... there's always that small worry that, with all these longer, nonhyphenated words, English might be slowly turning into Swedish.

How many times have you had a 180-character thought that needed to be pared down into a 160-character text or a 140-character Tweet? And though silly abbreviations and truncated spellings are two solutions to this problem, so are eliminating superfluous words and not rambling on. Or in other words, being a better writer.

The SAT and ACT (and other tests) are huge on concise writing and grammatical brevity, and as someone (peripherally) involved in education, I have to say this is one area where I think texting is actually helping kids' writing. One thing high school kids suck at most is padding up their essays' word counts by repeating the same things over and over again, and finally I have a way of relating this to them (other than saying "don't do this or you'll be working at Arby's your whole life").

Yes, there's the short-attention-span thing, but one could argue kids had that problem way before they ever got cell phones. And to those who argue that texting, while discouraging wordiness, also encourages simple sentences with limited vocabulary, I'd like to point to another type of writing that strictly limits the number and types of words people can use. It's called poetry.

Cramming a verbose thought -- even if it's just about what a jerk your BFF is being -- into a terse text message requires the ability to manipulate language. And isn't that all writing is?

We've all heard it: texting is making kids terrible spellers/writers/readers/human beings/etc. A recent New York Times study showed that while American students' math scores have increased significantly in recent years, their reading scores have barely improved at all. Could texting be to blame?

Maybe. But don't we still have kids winning spelling bees and getting into Harvard? Do the results above show that we're doing something wrong in reading, or something right in math? The reading scores are still improving, after all. At least texting encourages kids to read. If you can call that reading.

True, kids write some atrocious non-English in their text messages. But that doesn't necessarily mean they don't know how to spell correctly in other situations. As that Boondocks episode with Samuel L. Jackson likes to point out, "the absence of evidence is not the evidence of absence." Just because a kid texts "CUL8R" doesn't mean he or she doesn't know the grammatically proper version would be "I will see you later." It might mean they simply chose not to use it, given their medium and audience.

"But what about your own example, above!?" you scream, in the comments. Yes, but I think it's only fair to point out that this kid was kind of a moron (he didn't do so well on the SAT's math portion, either). Yes, I've read some terrible essays where tons of words are spelled incorrectly. But I've also read some amazing essays, where no words are spelled incorrectly. And trust me, all these kids text.

Then there's the possibility that texting actually helps writing skills, as this study suggests, by raising literacy and phonological awareness. Having to encode and decode acronym-laden texts reminds me of those puzzle games as a kid where you had to figure out what "88 Ks on a P" stood for (88 Keys on a Piano). And those were supposed to make you smarter, right? Maybe texting is turning kids into better problem solvers! Maybe that's why our math scores are higher!

Despite all my defense, I will still say I think texting does have a slightly negative effect, on spelling at least (if for no other reason than the nonincentive it provides to practice spelling words correctly, especially advanced words). And some words get spelled wrong so often (tonite/tonight) in texting that students really are starting to lose track of which way is correct.

But to the clamorers that "Texting is ruining kids' language skills!" I ask "Compared to when?" Compared to the 1960's, when every kid was a reading/writing dynamo? Ask your parents if this was true. A lot of teenagers are just idiots, in any generation.

In the end, the best way to think of text messaging is not as a degradation of English, and certainly not as an improvement of it, but rather as a separate language entirely. Good students today are effectively bilingual: they turn on the Textese when conversing with their friends, then turn it off when it's time to write a paper. Students who can't dance nimbly between the two fall behind, just as non-adaptive kids have always done.

Will future English be altered by text messages? Yes; cell phones are not going out of style anytime soon. Will it ever be acceptable to write "OMG, IM totes rite 4 ths j0b!!1!!" in a resume? No, because of the slow-changing, selective nature of formal language. Young people will continually push for changes in language, and older people will continually resist these changes -- that's just how humans work. Most new variations of English will fall by the wayside; those that strike a deeper resonance and actually improve language will stick around and may eventually become formal. Sort of like new English memes trying out for a talent show; those that are best and most appropriate rise to the top and join the professional ranks. Sort of like American Idol. "LOL" is the new Kelly Clarkson.

Now there's an analogy young people can get behind.