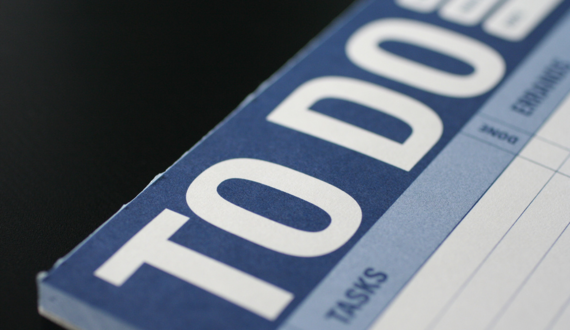 According to new research, having more sex may actually make couples less happy -- if they feel like they're being told to have more sex. The Carnegie Mellon study, published in the Journal of Economic Behavior & Organization, studied 64 heterosexual married couples between 35 and 65 years old. Group one was told to have sex as they usually did for the next three months; group two was told to have twice as much sex as they usually did. Researchers then measured the couples' happiness and sexual satisfaction. And guess what? Group two enjoyed the sex less, had less desire for sex and was overall less happy.

The researchers aren't claiming their study proves that more sex equals less happiness. (Though this could certainly be true for some couples -- it's hard to pine for each other when you're doing it all the time!) Rather, they think that the couples resented having sex be some kind of task that they had to check off on a to-do list, whether or not they were in the mood. It's the ultimate honey-do list!

"If we ran the study again, and could afford to do it," says George Loewenstein, PhD, the head researcher, "we would try to encourage subjects into initiating more sex in ways that put them in a sexy frame of mind -- perhaps with baby-sitting, hotel rooms or Egyptian sheets -- rather than directing them to do so."

But not every couple has a university researcher who will treat them to a fancy hotel room or nice sheets. So here are five suggestions for how you can have more sex in your relationship... without setting yourself some kind of goal that will feel like homework.

1. Talk About Your Own Sex Life

Remember when your relationship was new and you two were like this narcissistic unit, attached at the mouth/genitals? You talked about yourselves all the time back then, right? You talked to each other about how good the sex was, you talked about how into each other you were and you didn't really want to talk about or to anyone else. Well, it's good that you moved on from that stage, otherwise you'd probably lose your job and your friends (and you'd never even consider procreation). But you could use a little more of that attention in your relationship now -- and a little goes a long way. Take some time out of talking about your day to talk to each other about what you did in bed last night/last week/your best time ever. It's like stealth foreplay, priming yourselves for more of that good stuff.

2. Sext Your Partner with a Promise.

Notice we said sext, not text. If you simply say, hey, let's have sex tonight when I get home, it might feel like you just added one more item to the bottom of your shopping list. The dirtier and more specific the directive, the more organic it will feel.

What's on your nightstand right now? A stack of books and magazines, an alarm clock, a tube of Chapstick, a box of Kleenex, your iPhone? Now, how about your sex toys, where are they? In a box under your bed? In your closet? When your bedside accessories are right there, next to your night-time lip balm -- and fully charged, don't forget, that's important -- they're much harder to ignore. (If you have nosy kids or house guests, hide a toy inside your box of Kleenex!)

5. Ask Each Other These 36 Questions On a Date Night

Yeah, yeah, we know everyone tells you to go on a date night if you want to get in a mood. But that's a lot of pressure to put on a plate of pasta to reinvigorate your desire for each other! What if the food sucks? What if your waiter is mean to you? Here's a way to make a date night feel truly intimate: Ask each other these 36 questions. (The author of the questions also recommends staring into each other's eyes for four full silent minutes at the end of the date -- if you can pull that off, too, more power to you!)