Over the past 15 years, I have worked with thousands of survivors of domestic violence, who experienced incredible pain and turmoil in their journey to safety and freedom. But, I have found that the most distraught people I talk with are often not the survivors themselves, but their friends and family -- who are often plagued with anger, guilt, and confusion.

At least one in four women and one in seven men has been abused by a current or former intimate partner. This means we all know someone who has been, or who is currently being, abused. An abusive relationship can be difficult to detect in the beginning, since abusers often appear charming and kind at first. It may start as subtle jealousy and isolation, but soon escalate to controlling and threatening behavior, and eventually physical and sexual violence.

It can be frightening to realize that someone we care about is in danger, and it often makes us feel helpless. If you recognize these warning signs in someone's relationship, you are not alone, and there are ways you can help.

1. Tell them you are worried about them. When said with compassion, and without judgment, this statement lets them know that you care, and may also help them feel less alone. Abuse causes immense isolation, and it's possible you may be the only person they are able to talk with. They may also be starting to question, and be concerned about, some of their partner's behaviors. Letting them know that you are worried shows that they aren't just imagining it -- as the abuser would like them to believe -- and that someone else is actually concerned about their safety, as well.

2. Ask what they would like to see happen. Too often, we try to "help" by telling someone who is being abused what they should do. But, trying to make decisions for them is exactly what's being done in their relationship. They don't need this type of control from friends and family. Asking about what they would like to see happen puts power back into their hands -- power that has likely been taken away. This question should be offered without judgment, and we must be willing to accept any answer, including that they want to stay and work on their relationship. If that answer worries you, it is alright to let them know that you are concerned about their safety -- but remain supportive. 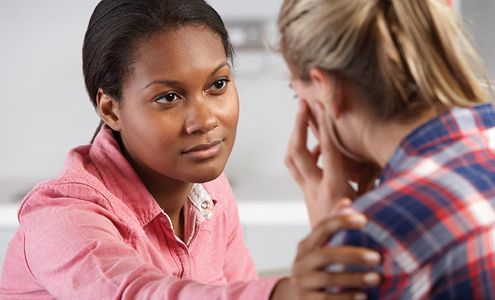 3. Offer to call an advocacy program for them, or with them. People often think that domestic violence programs only offer emergency shelter, which can be intimidating to someone who may not be ready to leave. But, the fact is that shelters not only offer a safe place to stay, they also offer assistance with employment, housing, and parenting resources. Plus, they have advocates who are available to talk, believe, and support, and can also help your friend plan their next steps -- no matter what they decide. Simply having another caring person on their side, in addition to you, can help them feel more secure and able to move forward. To reach a local advocacy program, call the National Domestic Violence Hotline at 1-800-799-SAFE (7233).

4. Let them know that the abuse is not their fault. One common tactic utilized by abusive partners is to blame the victim for the abuse. So, it's very likely that your friend is feeling a lot of shame and confusion. They are probably wondering what they could have done differently. Listen to them, and try to empathize with their confusion. But, let them know that it does not matter what they did, or did not do; no one has a right to hurt, scare, or control them. There is never a justification for abuse, and it is never the victim's fault.

5. Be there to support them, whatever they decide. Too often, our message is, "I'm here for you, if you leave." But, when we make our love and support conditional, we sound just like the abuser. And by doing so, we are contributing to the shame and isolation that victims feel. A victim will often receive support the first few times they reach out for help, but after a while, we get frustrated and start backing away. At that point, we let the abuser win. The victim is now further isolated, feels even more ashamed, and is much less likely to reach out for help again -- they are in more danger than ever before. Make sure they know you support them, and that you will continue to do so -- unconditionally.

When someone you know is being abused, your presence and concern are incredibly important, empowering, and could ultimately save their life. So please, keep listening, keep supporting, keep caring -- and never give up. Your unconditional support matters -- and so do you. 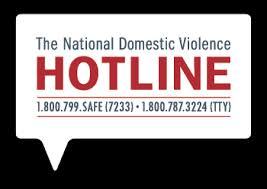 [Pamela Jacobs, J.D. is an attorney, advocate, and speaker dedicated to ending sexual assault and domestic violence. Find her at http://pamelajacobs.com.]