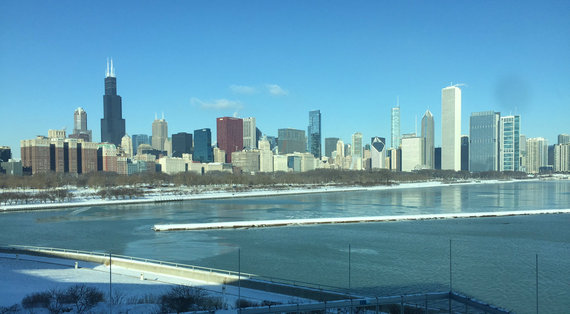 Winters in my family are filled with outdoor activities where we embrace the cold as we clumsily skate around an ice-covered pond or sludge through heavy snow to create snow masterpieces. With this year's El Nino doing a number on our winter temperatures, it's looking like there won't be many more opportunities for ice skating this season, as lakes and ponds are taking longer to freeze over. At this point in the year, we're looking at around 8 percent ice cover all across the Great Lakes. This time last year, we were looking at 58 percent.

As the world's worst pond hockey player, this bodes well for my already bruised ego, as I won't have the opportunity to embarrass myself this winter. But for our Great Lakes, this doesn't bode well for all those that depend upon it, be it animals or humans.

The National Weather Service's (NWS) most recent status for the El Nino system ranked it among the three strongest episodes dating back to 1950. The National Oceanic and Atmospheric Administration noted 2015 as the Earth's warmest year on record. And, studies showed dramatically warmer waters for the Great Lakes. Lake Superior, for example, warmed three times faster than the global average, despite it being the deepest and coldest.

All of this research data explains the lack of ice cover we're experiencing. While the ability to play pond hockey and go skating might seem like the only obvious deficit, there are other players involved, one being the fish that spawn during the winter months.

Lake Whitefish are one of the 3,500 species of plants and animals that call the Great Lakes home and are unique in that they depend on ice cover during their spawning season. As they lay eggs among rocky reefs or the gravelly bottom in early winter, they depend on ice cover to protect them from wind and waves. Without it, their spawning successes and population are at risk. 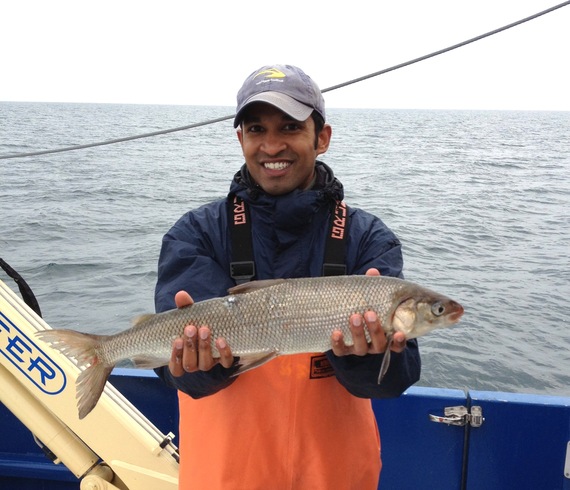 1. Decrease your road salt output.
Whether it's an inch or a foot, the first sign of snow frequently prompts the dumping of mass amounts of road salt to proactively prevent dangerous walking and driving conditions. The problem with all this salt is that it ends up in our lakes and rivers. Too much of it upsets the balance of local wildlife and even inhibits some fish spawning. While stopping all salt usage is unrealistic, there are measures we can take to reduce our output and to make it more effective. For example, according to Friends of the Chicago River, salt has no effect on snow or ice below 15 degrees Fahrenheit, so salting under these temperatures in unnecessary.

2. Idle less.
Though we're experiencing a mild winter courtesy of the El Nino, getting in your car in the morning is always quite the temperature shock. While idling your car does make the drive to work less painful, it's also burning through precious fuel and contributing to carbon dioxide pollution, which is the biggest contributor to global warming. According to the Environmental Defense Fund, you can prevent one pound of carbon dioxide emission for every ten minutes your engine is off. In fact, the best way to warm up your car in the morning is by driving it. The EDF cites that vehicles actually warm up twice as fast while driving, versus idling.

3. Conserve energy.
During the winter months, what was once a bearable 65-degree indoor temperature might seem like arctic tundra when it's 20 degrees outside. Before you turn up your thermostats, keep in mind that conserving energy in the winter is important because it's most likely burning through non-renewable energy, which is energy that comes from fossil fuels and coal, resources that can "run out".

The Department of Energy provides a variety of ways to conserve energy in the winter, including taking advantage of the heat from the sun to warm up your home, covering drafty windows and making sure your fireplace flue damper is sealed shut. All of these methods can lower fossil fuel consumption and thus prevent increased air pollution during the winter months.

4. Eat the enemy.
As mentioned, Lake Whitefish are one of the many species of fish that reside in the Great Lakes. Important to the fishing industry, over-consumption of Great Lakes species can lead to deficits in their population that are hard to come back from. Eating sustainably can do the Great Lakes fish population a service, as it can lessen invasive species populations and help replenish the natives.

One fish I encourage you to try is Asian carp. The invasive fish have made their way up the Mississippi near the Great Lakes, growing their populations dramatically and threatening native species survival. As their populations continue to grow and inhabit more of our lakes and rivers, the best way to lessen their impact is to eat them. There are a variety of recipes for Asian carp and also a few restaurants that serve up Asian carp in the form of burgers. One of our Shedd Aquarium partners, BareItAll Petfoods, has even introduced dog treats made from Asian carp. 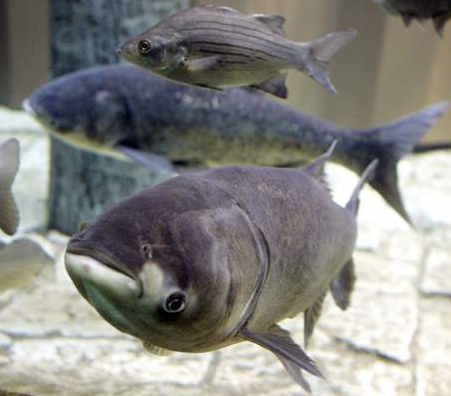 Some of the Asian carp you can see at Shedd Aquarium.

5. Start reading labels of your bath products.
In December of 2015, President Obama signed into law a bill that will dramatically improve the health of our lakes and rivers by decreasing plastic pollution. The Microbead-Free Waters Act of 2015 bans plastic microbeads in soaps, body washes and other bath products. While this is incredible news, the complete ban won't go into effect until 2019. In the meantime, we encourage you to ban microbeads in your own home by simply reading labels.

It's pretty common to see the word "microbeads" listed on the packaging of facial scrubs and other bath products. You can also take a deeper look at the ingredients label for any plastics, such as nylon, or avoid anything that starts with "poly." For example, polypropylene and polyethylene are both forms of plastics. There's even an app for that - just scan in the barcode and find out if the product contains microplastics. Electing not to purchase these means one less bottle's worth of microbeads entering local rivers and lakes.

In sum, there are a variety of ways to keep the lakes great this winter, even when our climate is changing. In addition to these five ways to help protect the Great Lakes, show some love to the essential fish and animal species that make up the lakes with these downloadable Valentines. 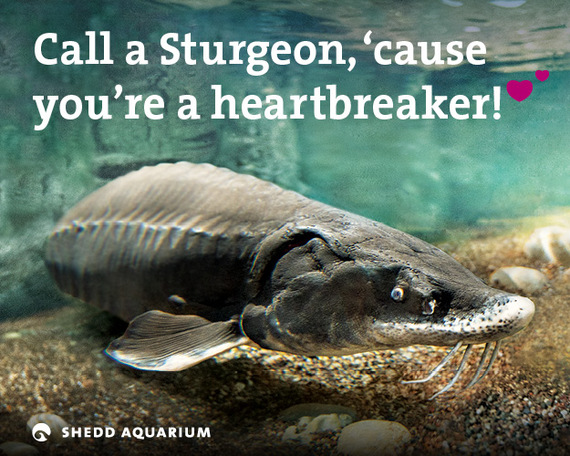