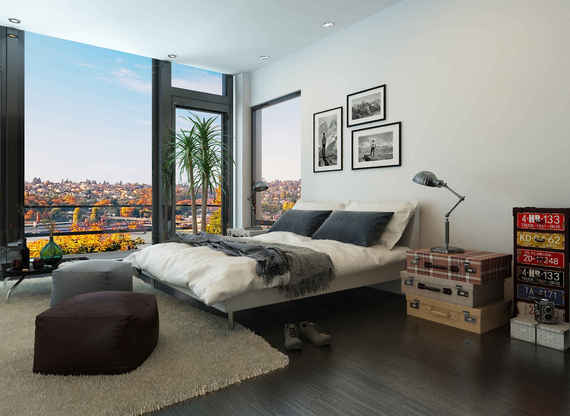 So you've landed a sweet new apartment with all the amenities you could ask for, but there's just one small problem: the bedroom. Because, seriously, it's absurdly small. These days it's more and more common for big city renters to find themselves paying boatloads of money just to live in a 8x10 glorified walk-in closet. While these simple tips won't magically increase the size of your bedroom, they will help make it feel bigger.

Sometimes you've just gotta fake it 'til you make it.

More: 12 Quick and Easy Home Hacks Every Renter Should Do 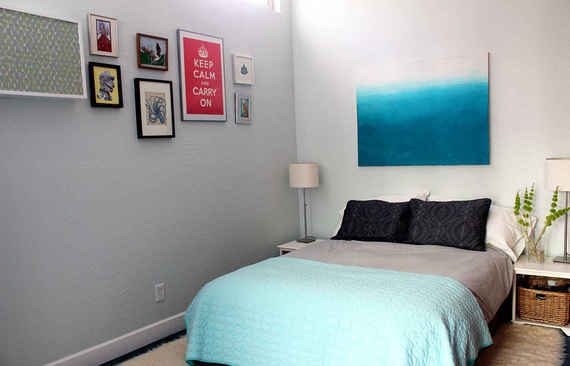 Paint your walls and ceiling a light color
Bright colors reflect light better, making a room feel larger and airier. Stick with neutral colors, pastels, or white. Otherwise, you're going to end up in a weird, dark hovel that only feels cozy if your hobbies include "sleeping for days" and "enjoying endless solitude." 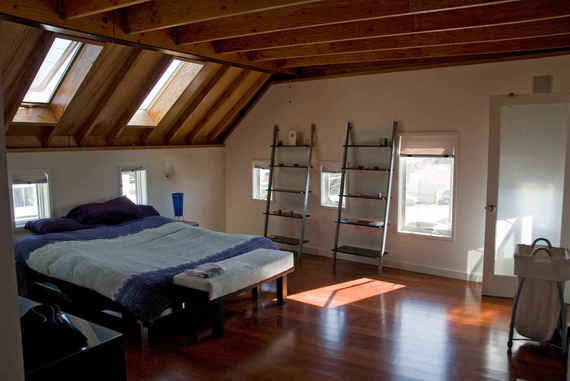 Leave a bit of space on each side of your bed
It's a bit counterintuitive, but putting your bed flush against a wall will actually make your room feel more cramped. Instead, leave some open space on either side. It allows for more light to infiltrate the area and gives you space for a bedside table, so you can impress potential sexual partners with your design acumen. 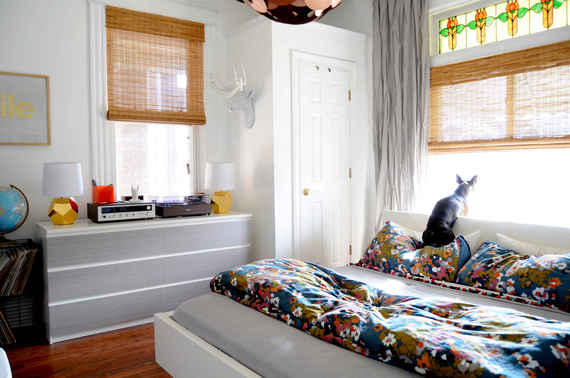 Blinds > curtains
So you're in Home Depot and you've reached one of life's most mediocre philosophical conundrums: blinds or curtains? Blinds are almost always the way to go. They take up less space in the window while letting in more light, but with the same amount of privacy as curtains. 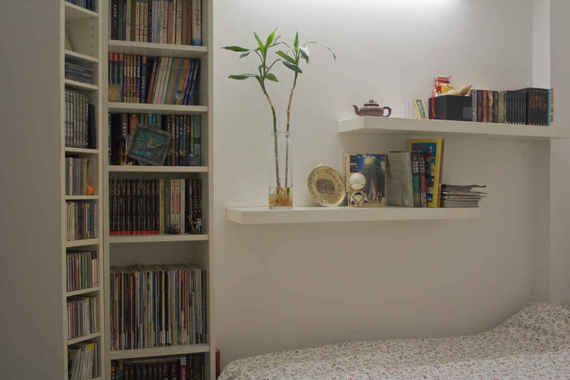 Use shelves for smarter storage
Shelving can work wonders for a small room. Hanging shelves higher up near the ceiling makes a room appear taller, while floor to ceiling shelves will maximize your storage space. If you don't know what kind of shelves will work for your room, don't fret. Pinterest has about 3,000,000 ideas to bite from.

Arrange your items and objects by color and size
This won't actually save you any physical space, but it'll give the illusion of less clutter by presenting organization. And illusions are awesome. Haven't you see David Blaine?

11 Netflix Tricks You Aren't Using (But Should Be)


Peter Fehrentz
Designer Peter Fehrentz played up the cocoon-like nature of his Berlin apartment (clocking in at 646 square foot) by decorating it with elegant, dark colors like, painting the old wood floors a very dark eggplant that reads as a warm black and the bedroom walls a rich blue-green. A sliding door divides the verde bamboo granite bathroom from the bedroom.
Raimund Koch
A retail executive in Manhattan tapped architect Darrick Borowski of Jordan Parnass Digital Architecture to reinvent his diminutive, 500-square-foot Manhattan studio. Exploratory demolition revealed enough space in the kitchen for an Asko washer-dryer and a full-size refrigerator.
Ben Anders
One time-tested method for making it work in a small space? Edit, edit, and edit some more. In the living room of this 538-square-foot deck house in England, Arne Jacobsen Swan chairs flank a Marcel Breuer for Isokon nesting table. Above the Florence Knoll–designed credenza is a print by English artist Terry Frost. The adjacent deck holds Breuer’s Folding Armchair and a table from Aram in London.
Gile Ashford
Rule #2? Carve out plenty of storage. The square inches you may lose are gained by maximizing every cranny to stash detritus. Restricting storage to a monolithic bank of bookshelves and cabinets can also cut down on furniture clutter, as in this architect’s self-renovated Brooklyn apartment.
Jesse Chehak
Fear of losing space within a small footprint? Go vertical, like these homeowners did by staggering Ikea cabinets to the most of their loft’s 14-foot ceilings.
David Allee
When a New York City couple had their second child, they saw two options: Go broke buying a bigger apartment, or renovate their existing 620-square-foot home. The rejiggered living space has to function as both a bedroom and a family room, so when the family watches TV or reads, they cozy up on the bed or sit on the built-in bench, which also serves as a dining and play area.
Raimund Koch
A 450-square-foot apartment in the Upper West Side needed to accommodate the resident’s working, entertaining, and resting needs, without eating up precious inches. This groovy blue home office offers all three.
Ryohei Hamada
A Tokyo architect wanted more shelf space in her home office, so she added a plywood door with built-in bookshelves that opens into her bedroom to form a reading nook. Glimpsed from the adjacent room, the space looks larger than it actually is, thanks to the bright green walls.
Ben Anders
Designer Nina Tolstrup employed some clever space-saving tactics in the tiny guest house at her London home. A built-in, combination bed-closet is cozy and saves valuable inches; Studiomama’s Pilot hangers for Trip Trap help organize the closet area.
Andreas Meichsner
To maximize their small Warsaw loft, a transatlantic design couple handcrafted a fleet of double-duty furnishings. Caster wheels on the bottom allow the shelves to be stored under the kitchen island or rolled elsewhere to create a library anywhere in the apartment.
Misha Gravenor
For this Seattle carpenter’s tiny red house, every piece of furniture in the living room and kitchen is mobile for ultra flexibility. That includes a kitchen-supply box/cocktail station/breakfast bar with casters that hides beneath the stairs.
David Engelhardt
Get creative with nooks, a la renowned American woodworker George Nakashima. The architect of this 240-square-foot shoebox apartment on Manhattan’s Upper West Side took a lesson from Nakashima in designing this serene, wood-clad apartment stocked with shelving and book storage.
Aya Brackett
In Oakland, California, two designers transformed a 100-year-old barn into a (very) cozy home of their own by redefining the functionality of walls and windowsills: The extra-deep sills of the first-floor window become a bench on the outside and a shelf on the inside.
John Clark
A hardworking garden and appreciation for indoor-outdoor living help expand the boundaries of this 704-square-foot home in Portland. Keeping everything in its place is critical in this tiny home.
Alexi Hobbs
Double- or triple-duty rooms are paramount in small homes. Take the example of this Montreal home's front room (or music room, as well as a play room). “Every space needed to be used efficiently,” the architect notes of the home’s remodel, which eked out a 500 square foot addition with a clever multilevel space on one side. For furniture, go with floating, built-in pieces that allow usable floor space underneath.
Patrick Reynolds
In Auckland, New Zealand, a couple braved a minuscule budget to build a perfectly proportioned family home (a modest 1,200 square feet). Steal this tip from their kitchen, in which the reflectivity of a brass kitchen island makes it seem to dematerialize.
More:
Bedroom IdeasHome DecorbedroomTiny HomesWeekend DIY Ideas