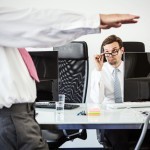 "Mother Nature is a serial killer. No one's better, more creative. Like all serial killers, she can't help the urge to want to get caught. What good are all those brilliant crimes if no one takes the credit? So she leaves crumbs. Now the hard part, while you spent decades in school, is seeing the crumbs for the clues they are. Sometimes the thing you thought was the most brutal aspect of the virus turns out to be the chink in its armor."

The person described as mankind's best hope for defeating the zombie plague used these words to explain how the world could be saved in 2013's World War Z. In that movie, the fate of our world turned on those words. So, too, might the fate of your business.

It's human nature to emphasize the perceived strength of our companies and, in doing so, we virtually ensure that feedback -- instantaneous in the age of social media -- becomes strategy.

The problem, however is that feedback comes from the outside, and the excellence born of true passion comes from within. The path staked out by strategic planning from the outside is where soulless companies reside, going through the motions -- imitating life -- without any true spark. They are the undead. And depending upon the mindset of your people and how far your strategy has veered from what stirs you, you might be one of them.

Waiting for the Spark

At the end of the last business day each year, I make sure I'm the last to leave. I stand in the middle of the quiet and imagine that I hear echoes of the entire year of past activity.

I spend the time in silence and hope the flashes of inspiration come. When they do, they're never about email campaigns or next year's balance sheet. What comes in the silence looks less like a goal than it does the ghost of failures past.

One year, I heard a client -- one I liked very much -- tell me that we "had to have a conversation." Maybe, he wondered, his was not the type of business I wanted to work with. (It was.) Maybe I had shifted my interest to working with larger companies. (I hadn't.) Whatever it was, he felt like I viewed his company as less ... that I could take or leave him.

It was one of the most painful conversations I ever had. You can't tell someone they're wrong about how you made them feel.

I heard him in that year-end moment of 2012. I heard his voice, his reluctance to say what he had to say.

That was the flash. In 2013, it became my firm's guiding principle to forge an emotional connection in a business setting. My client was talking about what he felt he wanted in a lawyer, but how I really failed was in just trying to be one. What I had perceived as my strength of fulfilling my job description was actually my greatest weakness in reaching my clients.

Zombies shuffle forward without a soul. Fast as in World War Z or slow as in The Walking Dead, what they have in common is that they are just going through the motions. What I've noticed is that when it comes to a contest between a zombie and someone with soul and a spark, the safe bet is the spark.

Therein lies the strategy: Find and nurture the spark. If you're a true leader, you know those times when the spark seems to have sputtered. You know what it's like to find yourself in the dark. That's a horrible time to be thinking, for the first time, about how to get your spark back. The key is to have already planned the rekindling.

It's taken me 26 years as an attorney, 12 running my own firm, but I've found certain strategies.

These strategies always work, although they sometimes take a while. I have ingrained each of the above bullet points into my business DNA. Those five and one more: Each year, at the end of the last business day, in an empty office before I go home, I stand utterly still and wait for the flash. That's how you'll find me at a little after 3:00 p.m. on Thursday, December 31, 2015.

Don't bother calling, though. It'll be one of the few times I won't answer.